With the rise of digital, are we in the midst of the fourth Industrial Revolution? 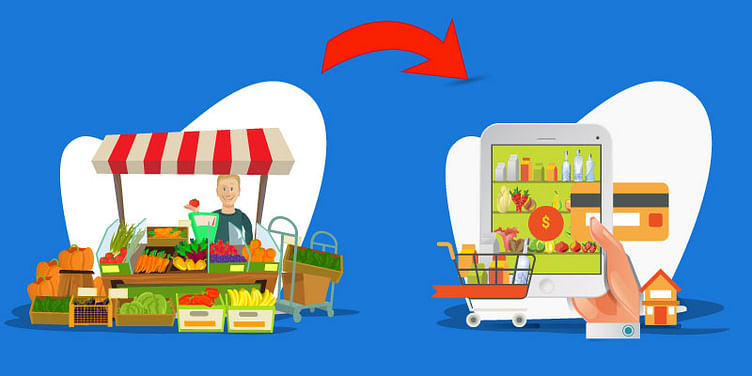 Abhijit Bhaduri, in his book Digital Tsunami, explores how we are currently in a phase of digital transformation. He calls this a Digital Tsunami, as every rule-defined business is seeing a shift. What we are witnessing with the digital economy is, in fact, the ‘Fourth Industrial Revolution’.

Change leads us to do things differently. It introduces new behaviour. Change is, by definition, transactional, and spreads at an even pace. Transformation, however, is not the same as change; at an exponential pace in the case of a transformation, we see the creation of an almost new entity. Transformation is really about changing the fundamental nature of the being. It is a basic shift in values and mindset.

Since all the variables change simultaneously, and at a lightening pace, the magnitude of the shift is hard for the human brain to comprehend. There is a whole chapter dedicated to ‘Transformation’ in the book ‘Digital Tsunami’, authored by Abhijit Bhaduri.

We are no doubt living in a transformative world, from the way consumers interact with an organisation to how organisations themselves function. In his book, Abhijit explains succinctly how the world around us has changed and it is important that organisations need to change from within as well.

Economy that entails every sector and industry

Digital now isn’t just a part of the economy; it is the economy. And while it entails limitless opportunities for some, it also means disruption and displacement for others. Customers no longer simply expect ease of use, they’re now expecting proactive experiences.

But these changes aren’t just restricted to new-age technology companies. Every organisation is experience this shift. The nature of your business doesn’t matter. Abhijit explains that as digital companies play by a different set of rules, every organisation is back at the starting line, and has a chance to win the race.

And this is regardless of sector; any company that plays by these rules can become a digital company. Every tech company doesn’t necessarily have to survive the digital world. While companies have been tweaking their business models or creating new websites, those activities don’t turn an analogue company into a digital one. We are clearly in a tectonic shift.

Working in an economy that is digital means we need to understand the mindset and nuances that are part of the economy. Explaining this, Abhijit says that in a digital business, the first step is to live in the customer’s world and understand what gap or need would get addressed through a new product or service.

“The constructs of B2B and B2C have changed to People-to-People (P2P). Contextual relationships, trust, transparency, and value exchange are the key pillars,” says Ray Wang. It is in this age of ‘Digital Revolution’, or what Abhijit calls the ‘Digital Tsunami’, that it has become important to build for speed and simplicity.

Everything needs to be re-imagined and redesigned to suit the changing world we live in. A customer’s complaint is a tweet away, and the response needs to be immediate and in real-time. When Susan Fowler, or our very own Indian Fowler, went out on Medium and brought to light cases of sexual harassment in Uber and TVF respectively, it became clear that culture and employee satisfaction is not the same as what it was during what Abhijit calls ‘the analogue mindset’.

“There is a fundamental shift happening in the way consumers are behaving, not just in India, but across the globe. Anyone who is above the age of 45 today remembers a time when he or she would make and receive trunk international calls. Today, the Gen X and millennials are used to a world of online interactions, messages, selling, and buying. In the next 10 years, they will be the ones surviving. So it is safe to assume that online is the way forward.”

An app not just brings you your food; it also shops for you, and even completes tasks for you. It is these very people that form a part of the organisation. Thus, you aren’t just building for your customers; you are also building for the employees within your company.

Move away from an analogue mindset

Abhijit says in his book that moving from an analogue mindset to a digital one requires re-examination of beliefs and assumptions, and that behaviours will follow. Without a change in beliefs, it is easy to lapse back to the familiar.

“The Fourth Industrial Revolution is a convergence of the digital, physical, and biological worlds that I believe is poised to disrupt every industry on the planet.”

Boundary-less-ness is an essential part of the DNA of the digital world. No problem today is unsolvable, whether it is using driverless cars to dramatically lower the number of deaths due to road accidents and enable the visually impaired to be independent and mobile, or 3D printing a house as a solution to finding low-cost housing.

The digital mindset is all about leveraging technology to solve human problems. But it means being prepared for the idea that all variables in this digital world are changing simultaneously, as the shifts are determined by technology, economic turbulence, and changes in the regulatory environment all happening at the same time.

As a result, Abhijit adds that we are seeing a change in business models, consumer buying behaviour, the nature of competition and competitors, and shifts in the way we work and the nature of the employee-employer relationship. And this change happens immediately.

“Digital is not about technology. It is about putting the human being at the centre. That means treating the customers and employees as humans.”