How DoneThing is always ready to run errands for you 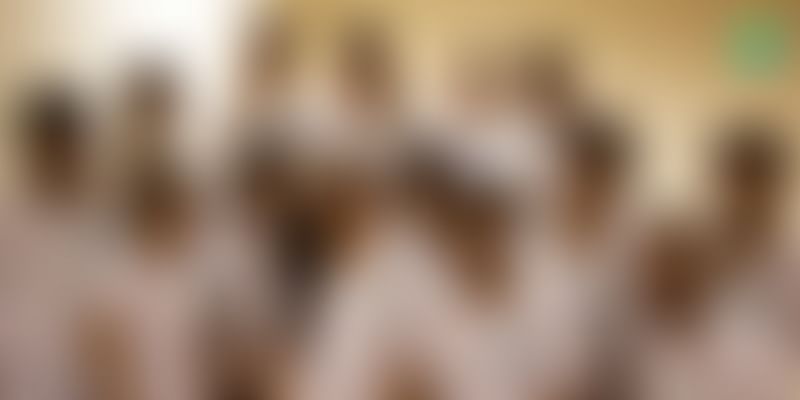 This personal assistant platform offers services ranging from buying medicine to having someone take you for a health check-up, from shopping to ordering groceries, sending a courier, to drivers on demand, and much more.

Recently, Rishika Malhotra was travelling by metro from Noida to a party in Delhi’s Connaught Place, an upmarket area, when her heels gave way. But instead of cursing her bad luck, she fished out her mobile phone, opened the Done Thing app and ordered a fresh pair of heels to be delivered to the Rajiv Chowk metro station in Connaught Place in the next 30 minutes. By the time her 40-minute ride ended, she had a new pair of heels to sport. From there on it was a party that lasted all night.

Starting life as Qlivery, DoneThing was begun by Sonal Saraogi, Karan Saharan, Chetan Agarwal, and Rohit Pansari in June 2015 and has since grown steadily in the Delhi region.

The idea for the platform struck when Rohit, one of the co-founders, forgot his office files at home one day and had to go back home from office to get them, wasting a few hours in the process. He discussed it with his friend Karan and they concluded that there was a need for a personal assistant platform that could help people go about their daily chores smoothly.

Rohit and Karan shared the idea with their common friends Sonal and Chetan who joined them immediately. Karan and Rohit had earlier worked together at consulting firm Ernst & Young, Sonal at ICICI Bank while Chetan had been a consultant.

From buying medicine to having someone take you for a health check-up, from shopping to ordering groceries, sending a courier, to drivers on demand, this app offers it all. The company gets about 1,000 requests per day and it charges customers between Rs 40 and Rs 100 depending on the service. Says Sonal,

“We are focused on the unit economics. All our pricing is designed to make money and not make a loss on the transaction.”

The founders rebranded from Qlivery to DoneThing in under a year. “We had to rebuild the trust of the customers and our goodwill. Most of our efforts were around building a strong team,” says Rohit.

The team has so far invested Rs 80 lakh. The platform has also raised a seed round of $250,000. In two years, they have tied up with over 5,000 merchants and have a hybrid model to deliver services. They have 75 of their own people covering Delhi and also use the services of third-party logistics and courier service providers.

Their competitors are Dunzo and Urban, which are leading the segment of concierge-based services. These companies are building chat bot platforms to assist their clients too. There are companies like Magic and Spot Help fighting the game too.

Since these businesses use feet on the street strategy and need to market their services, money becomes important. In the end, those who scale up the fastest across the country and build revenue with the lowest burn will survive. Otherwise, these companies will shut shop or consolidate.

But the founders of DoneThing say that they will go slow and make every city profitable without chasing mindless expansion. “The operations are breaking even in Delhi because we are making money on each transaction,” says Rohit.

The team intends to work more on improving the product, focus on UI/UX and introduce Artificial Intelligence to make the process faster, reduce errors, and improve the user experience. In addition, it wants to use technology interface to improve their customer service.

The founders want to make sure that cash remains a mode of payment for those who cannot use mobile forms for payment. “Services like these need to scale up quickly. But the technology and data are very valuable if they can get users to come on the platform without spending a lot of money,” says V. Balakrishnan, Founder of Exfinity Ventures.

The business model also involves a percentage of the net value of the bill value collected from the customer and paid to the merchant. This apart, the concierge service itself is based on a model where the salaries of the delivery person are taken into consideration along with the fuel costs and a margin is included for the company.

As for revenue, the company refused to divulge financial information, but said that it hopes to make it bigger this year by expanding to Bengaluru. It has already been scouting for merchant partners and is expected to begin operations by the second quarter of 2017-2018.

The four founders are confident that their unit economics approach is going to make the concierge services industry gain some respect. Only time will tell if that is possible, For now, they are getting things done for needy customers in Delhi.