Staring at a fan, he invented a simple yet revolutionary product every Indian will need and use: Hemal Saraiya's story 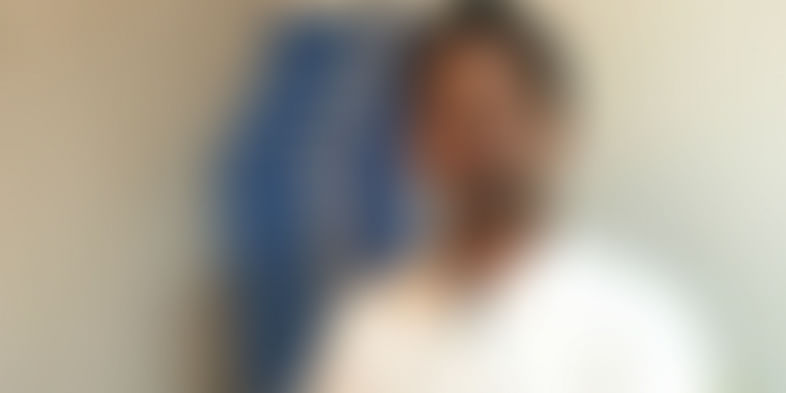 It was April 2015, when, like the heroes in several films, our protagonist was also staring up at the fan deep in thought – albeit contemplating the gaps that persist in our modernised lives. And just like in the movies, he was struck by a newfound lucidity and could suddenly see a lot more clearly — literally.

Here's what he saw:

Dust, pollen, pet hair, dander, smoke, bacteria... the level of particulate matter up to 10 micrometres in diameter (PM10), which affects people more than any other pollutant in the air, has gone up several-fold in the past three years.

That almost every Indian household has a fan fitted, and this fan itself can become a vessel of purification, rather than another expensive air purifier.

And most importantly, he saw himself developing this simple solution that had the potential to impact millions.

A fan of entrepreneurship

Hemal Saraiya, 40, did his undergrad in finance and IS from Stern School of Business, New York University, and his MBA from Goizueta Business School, Emory University. His career has encompassed both the corporate grind as well as entrepreneurship — the seeds for which were sown right when a 15-year-old Hemal would accompany his father to their textile trading unit and ogle in wonderment at the way deals were cracked.

The former was a decade-long stint in the payments space — albeit interrupted several times by Hemal’s entrepreneurial strides — at banks in the US, and payment companies like NPCI in India or Mastercard in Singapore. While his first venture, a textile manufacturing setup, tasted success in two and a half years, another healthcare startup he later incepted did not see the light of day.

The idea of developing affordable products for the air hygiene category came to him while in Singapore when he saw an air purifier at a friend's house, which aroused his curiosity about air quality in India. The results of the search were horrifying. He then started researching indoor air cleaning options available to households and offices in India and found only two: air purifying plants and various electronic appliances. While the plants were difficult to maintain and hence unpopular, the electronic appliances were costly, limiting adoption to higher income households, mainly in New Delhi.

“Largely, South Asia is a value-centric society and so we need to build solutions which take that into account. Comparable examples would be broom vs vacuum, air conditioners vs ceiling fans. However, within air cleaning products, there were no counterparts in an affordable category,” he explains.

At the house of another friend, the presence of a ceiling fan — an uncommon sight in Singapore — made Hemal realise the massive circulation of air it causes. “I started asking myself, ‘Why can't we use this circulatory power to provide cleaner air? Why don’t ceiling fans have air filters the way air conditioners do?’” he narrates.

Ceiling fan usage is high in households across income groups in India and various other countries in South Asia, and so becoming a creator of affordable ‘air hygiene’ products seemed like the obvious trajectory.

In four months, his company Air Care Innovations found its feet in Maximum City, Mumbai, and Hemal was cracking on his first product - an air cleaner, not an air purifier, mind you. “Our intent is to expand the product line to include other type of low-cost innovations,” he lets on.

The Airofil Air Cleaner is a unique, disposable, non-electric air cleaner in India, costing Rs 189. The product works with ceiling fans to help capture dust, pollen, and other allergens from the air within a room. It’s easy to install — simply apply one of the air cleaners to the top of the blade of a ceiling fan, and your fan is ready to be fired. Each time the ceiling fan rotates, the air cleaner starts capturing particulate matter in the air. Each cleaner is expected to last 30–60 days, depending on the environment.

They are selling Airofil across three different market segments — consumer, commercial, and government. “Initially, the product is targeted to consumers in larger urban cities mainly through the online channel and modern-format supermarkets/hypermarkets. We are adopting a direct as well as distributorship model across consumer and commercial segments,” he explains.

“We are building awareness primarily through online campaigns, word of mouth, and in-store promotions,” he says, adding, “But we have had multiple challenges — getting shelf space with retail partners without paying listing fees, balancing price and acquisition costs, online category placement, and the biggest obstacle, building product awareness among households in a cost-effective manner. But one of our biggest successes came when we got an early partnership with Big Bazaar,” he says.

By September 2015, the company was incorporated, and in a month, a test batch was produced and their first product sold online. Subsequently, in the coming four months, they added retail touchpoints like various supermarkets in Mumbai. By March 2016, they had cracked the Big Bazaar partnership. Between then and now, they have added 31 new stores in Mumbai, Noida, Ghaziabad, Pune, Hyderabad, Bengaluru, and New Delhi, and also hatched deals with BigBasket, Paytm, and Amazon.

There are over 20 crore ceiling fans in India. As per certain industry estimates, 2.5–3 crore ceiling fans are sold in India each year, with an 8–10 percent growth expected. “Our conservative estimate indicates that total market size is in the range of Rs 800–1,000 crore.

“There is no direct competition but there are alternatives like air purifying plants and expensive electronic air purifying appliances available to customers. Each of these alternatives have their pros and cons — either inconvenient to manage or expensive to own. Our focus is to provide a value product that has specific hygiene-focused features, is simple to operate, and leverages the existing technology of the ceiling fan. This makes it affordable for wider consumers to own/operate vs alternative options.”

Bootstrapped as of now, Hemal is a single-man-army who is staying lean by design and has various third-party vendors to take care of his production and distribution needs. He is currently focused on garnering more distribution partners offline and online, and are working towards acquiring larger modern-format partners in the top 10 large cities, and also signing up certain independent supermarkets in Mumbai, Bengaluru, and New Delhi. “In addition, we are now entering the commercial segment with an eye towards marketing to government offices,” he adds.