If your wish is the farmer’s command, what happens when you wish wrong? 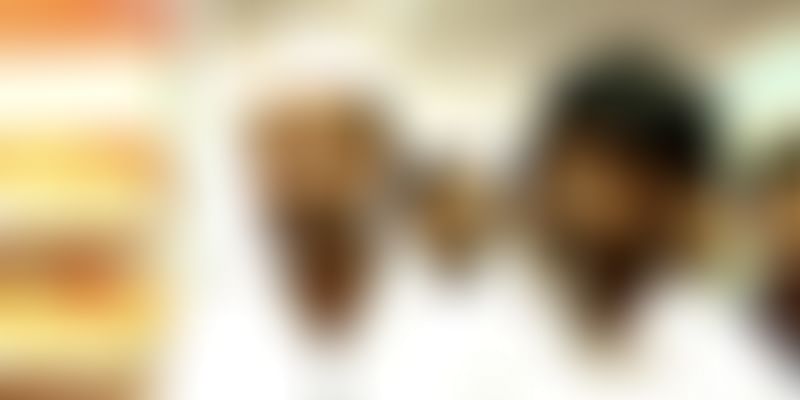 Farmers reveal how drastically the nation’s feeding habits affect them, and how just one decision we make can change all that. YourStory in conversation with the heroes that feed the nation.

Vikram Sankaranarayanan, founder of SanLak Agro-industries and economist recently revealed a distressing statistic: of the 60 percent of the Indian population engaged in agriculture, only two percent lead a sustainable enough livelihood to contribute to the GDP. What then is the story of the rest of the 58 percent of farmers? How dire are the lives of the very people who feed the country?

At the on-going Organics and Millets National Trade Fair in Bengaluru, farmers from various districts of Karnataka convened to learn of better agricultural practices and find potential traders to market their produce. YourStory spoke with some of them as they revealed what a farmer goes through when we, as consumers, are ignorant of millets, the country’s very own drought-tolerant miracle grain.

Drowning in the dearth of rainfall

Devappa, a farmer from Koppal district in Karnataka, tried growing cotton in two acres of land hoping that the commercial crop would bring him good returns. He invested Rs 20,000 into this dream only to find that the plant didn’t even reach harvest. “It just didn’t grow,” he says, solemnly. Devappa’s total 10 acres of land is as fertile as they go and enriched with organic fertilisers that he responsibly uses. Why then did the crop fail?

The answer falls heavily like a felled tree. No rainfall. Most farmers are dependent on water from bore wells to irrigate their crops. But with no rains, the groundwater is depleted and overexploited.

“Water from the bore wells last only a month, and then we have to dig another one. There have been no rains at all, even our throats are drying up,”

says Dhananjaya Reddy, a farmer from Chitradurga district, which has consistently been declared drought-hit. This year, 67,532 farmers from this district became eligible for compensation of crop loss, the highest number in the state.

To millet or not to millet?

Like Devappa, farmers ironically grow water-intensive crops in drought prone areas. Mahesh from Belgaum district owns a modest three-acres of land. He grows sugarcane which he irrigates through a bore well, and paddy and soyabean which are rainfall dependant. He invests Rs 40,000-50,000 each year in these crops. The risk that he falls prey to is, therefore, obviously immense. Most of them fall into crippling debt for this very reason.

Why then, you would wonder, do they continue to grow water-intensive crops? Because practical alternatives like millets are just not in demand in the market, what with international celebrity cereals like quinoa and oats taking the spotlight. Millets - like ragi, jowar, kodo – require very little water to grow making them the most ideal investment. Although some farmers do grow millets, it is usually only with the intention of feeding the family and cattle alone. So only a negligible portion of land is dedicated to them.

There are also farmers like Dhananjaya who has been growing ragi for almost 15 years and farmers like Suresh Babu from Bengaluru Urban district, who grows only ragi. “Of all the millets, ragi is the least demanding of water but it too can take a hit when rainfall is terribly low,” says Suresh, indicating that millets, and especially ragi, is their only chance, if any, at facing the imminent drought.

The only question they need answered

One of the biggest expectations farmers came with to the Organics Millets Fair, was getting the right prices for their crops, millet or no millet. As Prakash, Secretary of Karnataka State Farmer’s Association, reveals, “In ideal situations, with an investment of around Rs 2,000 for one acre of ragi, the market price for produce is Rs 5,000 if the yield is good.” But very rarely does this occur. Dhananjaya recalls one of the most severe losses he had ever heard of where the price for yield from 15 hectares of paddy was only Rs 2,000 – a tiny fraction of a fraction of the revenue that can come from just 1 acre.

“We don’t want subsidies, we don’t want programs, we only want a good price for our produce,”

says Prakash, who considers himself a steadfast activist, intent on the principle that only farmers can help each other. He does, however, concede that a trade fair such as this helps increase demand for millets, the only group of crops on which they can depend for a comparatively more stable yield, and therefore better prices.

“Until now, we were worried about where to sell our produce if we do grow millets but now we know that there are traders, and that there is an increasing demand,” says Raffeq Ahmed from Bijapur district. And sure enough, to support his confidence is Dananajaya’s returns. “Last year, I got Rs 2,000 for one quintal of ragi and this year, Rs 3,000,” he says.

The National Trade fair organised by the state government, which brought farmers, buyers, and consumers to one platform, has reinstated the confidence that farmers once had in millets. Millets may not be the answer to all agricultural problems, but being the native wonder grain, they can, without a doubt, empower our farmers.