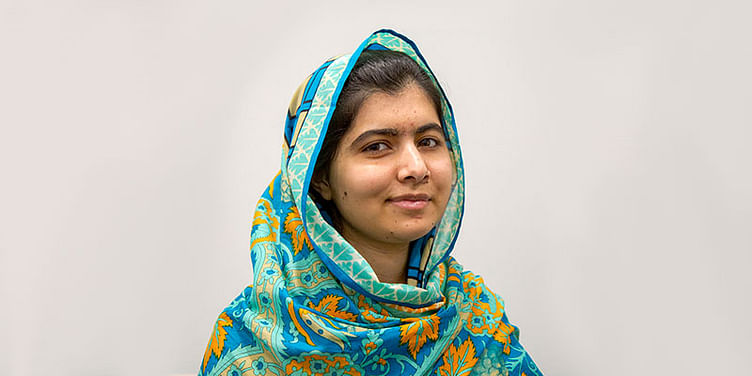 "Welcome to Canada... It's the spirit of humanity that every single one of us would yearn for if our family was in crisis," said Malala Yousafzai, the youngest-ever Nobel Prize winner, Pakistani and now Canadian activist for female education. She was in Canada to receive her honorary citizenship from Canadian Prime Minister Justin Trudeau.

Addressing the Canadian Parliament she spoke about how she wants the future generations to look at her and her generation as change makers.

"Let future generations say we were the ones who stood up... the first to live in a world where all girls can learn & lead w/o fear."—Malala pic.twitter.com/CD6gEq3Bu3

Malala was originally scheduled to receive the honorary citizenship in 2014, but could not because the Canadian Parliament was stormed by an armed terrorist the same day. Malala and her father, who had reached Canada to receive the honour, had to reschedule their visit. Addressing the Parliament now, she recalled the incident and condemned terror attacks across the world.

This morning, in the Library of Parliament, Malala Yousafzai received the honorary Canadian citizenship bestowed upon her in 2014. pic.twitter.com/xi366cPEUp

In 2012, when she was 15, the Taliban shot her in the head while she was on a bus to school. She survived and has been an activist for girls' education since.

Just two days ago, Malala was also designated as a UN Messenger of Peace, with a special focus on girl education, by UN Secretary-General Antonio Guterres.

She has many firsts to her credit. She was the first Pashtun, the first Pakistani, and the youngest person to receive the Nobel Peace Prize in 2014. She shared the honour with Kailash Satyarthi of India. In her acceptance speech, she said, “I tell my story not because it is unique, but because it isn’t. It is the story of many other girls.”

Adding to this list, Malala has now become the youngest person ever to receive the honorary citizenship of Canada.

Welcoming Malala, Trudeau remarked, "Malala's story is one we all know well. It is exceptional and familiar, out of this world and sadly commonplace." He appreciated her for standing up for herself and millions of other girls.

"Malala, you chose hope. You chose dignity. You chose determination. The children around the world thank you for it." pic.twitter.com/n0ItMXUCNH

Malala applauded Canada and Trudeau and his efforts to help refugees, have a mixed cabinet, and proudly announced that the CEO of Malala Fund was a Canadian, a refugee who had come to Canada as a child from Uganda, and would now lead the fight for girls' education across the world.

She signed off with - "Let us be the ones who bring the change we want to see."