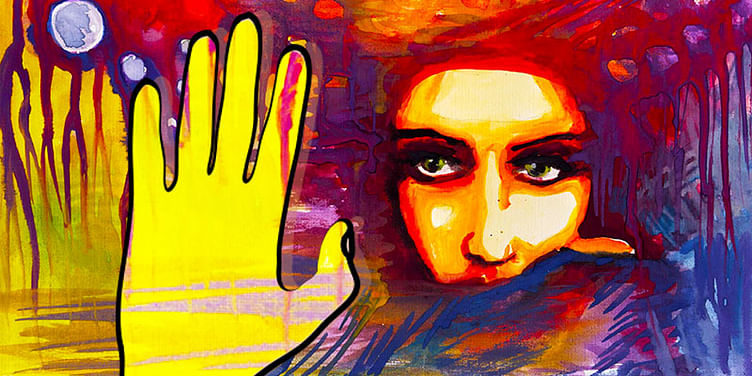 Women who were rescued from child prostitution are taking up law education so they can fight for justice.

“They burned me with cigarettes if I didn’t do what they wanted me to do,” says Sangita, who was rescued from prostitution.

Chilling as that sounds, it probably doesn’t even scratch the surface of what some of the millions of school-age girls who find themselves in the country’s brothels are subjected to.

According to ECPAT International, an estimated 1.2 million children are pushed into prostitution in India, making India’s count of child prostitutes the highest in the world. Of those 1.2 million cases, only 55 legal cases led to convictions in 2015.

To counter this impunity, the Free a Girl Movement, an initiative of the international NGO by the same name, ensures girls get a chance to fight back. With a local coalition of rescue organisations and women’s and child rights-focused partners such as Sanlaap, Freedom Firm, Transforming Lives Foundation, Odanadi, and Equal Community Foundation, the Free a Girl Movement resists human trafficking and commercial sexual exploitation of children by raising awareness.

Earlier this month, the Free a Girl Movement announced the opening of the School for Justice, a university programme to educate the survivors of child prostitution to become lawyers and prosecutors with the power to prosecute the criminals that once owned them. Nineteen women will join the School for Justice.

What are we up against?

Sabnam was nine when her desperate father sold her to a brothel in Kolkata.

At the brothel, she was raped every day. “Even after years of abuse, I managed to stay strong and eventually escape. Now my dream is to become a lawyer to help put an end to child prostitution.”

“I was only 13 when my traffickers forced me to have sex with men,” says Asha, who hails from a small tribal community in Nagpur.

After the death of her mother, her father remarried. As their stepmother became increasingly violent, Asha and her brother ran away.

“My brother and I got separated at a train station, and I was alone and hungry. A woman preyed on my vulnerability and sold me to a brothel in Kamathipura (in Mumbai).”

Rescued by the police along with five other girls, she has just one message, “Please give proper education to girls—don’t discriminate between girls and boys.”

Kalyani says, “I was sold by my so-called husband when I was 15.”

Born into a broken home in a small village called Jalpaiguri, Bengal, she was married off to a man from Assam. “I was abused both mentally and physically by my new husband and his friends. It wasn’t long before he felt he had used me up, and I was forced into prostitution.” Kalyani ran away and was rescued by the police.

Sangita had to leave school and take on jobs to support her large family owing to financial problems. “My parents never wanted my brothers to work. I was shifted to Kolkata and worked there as a domestic help for three years. Girls my age went to school but I could not go. The people I worked for three years had promised my parents they would raise me like their own daughter and would educate me. However, they made me work the entire day.”

She was sexually abused by male servants and sold when she was 13, saved only when the police raided the Kolkata brothel where she worked.

The lack of good lawyers and judges with in-depth knowledge on human trafficking and child prostitution is one of the main reasons for this.

“This is why Free a Girl Movement India has taken the radical step of opening the School for Justice, to change the system from within and train the people who understand this problem better than anyone else to deal with it within a legal framework. Education will empower them,” says CEO and spokesperson Francis Gracias.

These girls, who have experienced trauma we cannot begin to imagine, are placed in shelter homes for rehabilitation.

“These girls suffer from being stigmatised and ostracised by society. Unfortunately, only too often society thinks of the girls as ‘bad’ and complicit in this crime. We are changing people’s opinions so that they can see the truth—that these girls are the victims of a hideous crime. They haven’t chosen this life—they have been forced into it,” says Tapoti Bhowmick, Senior Program Manager at Sanlaap India.

The 19 girls who have signed up for the School for Justice receive trauma counselling and education before they start the programme. This type of support continues throughout the programme, reveals Tapoti.

Why does the legal system fail these girls?

The Government has a number of schemes to rehabilitate trafficked girls such as the Swadhar and Ujjala schemes which provide medical care, short- and long-term shelter, rehabilitation, and emotional support, among other things.

But there are challenges here too. “Firstly, funding is irregular and often insufficient for the scope of the problem. There are also barely any guidelines or policies when it comes to rehabilitation. Furthermore, there is a lack of coordination between the different stakeholders,” says Tapoti.

Also, the legal process is complex and there is little awareness about it. “In principle, the justice system is in place, but in practice, it is very difficult to access. The girls who are imprisoned in a brothel do not know what to do after their rescue. They are confused and severely traumatised. They have all kinds of concerns about going to court, about how to communicate with the police, whether they are safe, and whether they will be accepted by their family,” she adds.

Sabnam recalls how lawyers would confuse her during questioning. “Though I would say the same thing every time they would somehow try and cast a doubt over what I was saying. There was no justice, only multiple trips to the police station and the court.”

According to Tapoti, the Supreme Court has made some very good judgments in child protection. However, they need better implementation. Also, the infrastructure needs improvement— specifically, courts need to be more child-friendly and less threatening.

What needs to give?

Awareness— about the problem, its reach, and how and where to seek justice—is the first step. Also, as Sabnam says, “The law is not able to protect the girls and women, which makes the traffickers bold. Traffickers should be scared of the law.”

According to Tapoti, the need of the hour is increased government support, advocacy, and ideally, law reform. “We want to change the system—we aim for drastic changes in the Code of Criminal Procedure to do away with lengthy and cumbersome legal procedures, to facilitate speedy trials. That's where we want to go. For this advocacy is key.”

The School for Justice is both a school and an education programme and offers the support, tuition, and mentoring the girls need to reach the university level.

Once there, they will study to get to their Bachelors in Law—to become public prosecutors with the power and determination to leverage India’s legal system to seek justice. The School for Justice is working with Indian law universities to offer this unique programme. However, for the protection of the girls, the names of the universities haven’t been shared.

Asha, Kalyani, Sabnam, and Sangita are looking forward to studying law so they can stand up for others like them. “Now that I’m free I wish to finish my studies and use my experiences to help others,” says Asha, who is part of the 2017-2018 class.

Sangita says. “Years of abuse left me with little joy, but a new hope has been lit in my life. My dream of becoming a lawyer also opens up a path where I can help others who share my experiences.”

“As a woman of the law I will fight for all women who face abuse, I will fight against the stigma faced by the survivors, and I’ll fight to bring to justice those responsible,” says Kalyani.

While the women gear up to burn the midnight oil and empower themselves to challenge their offenders in the court of law, we need to support them too.

As Tapoti says, “Too many people just look the other way, allowing this cycle to continue. We ask of all of India to break this inhuman cycle and demand justice for the victims of child prostitution.”