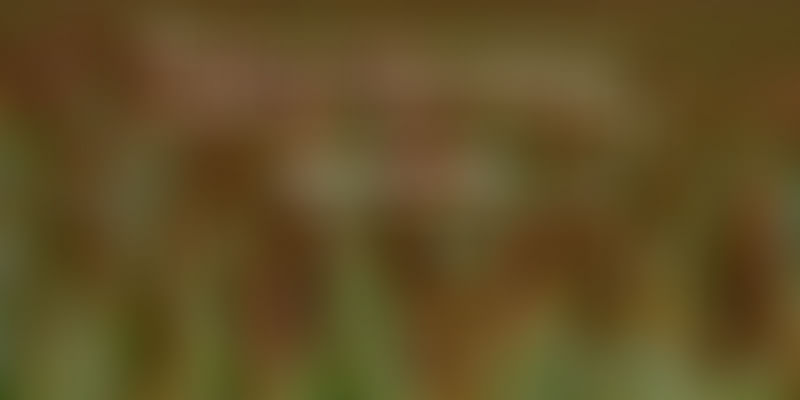 From analytics to agriculture, witness the memorable journey of Indian entrepreneurship in these excerpts and stories! StoryBites is a weekly feature from YourStory, featuring notable quotable quotes in our articles of this past week (see the previous post here). Share these 35 gems and insights from the week of April 23-29 with your colleagues and networks, and check back to the original articles for more insights.

The first step for any entrepreneur, especially women entrepreneurs, is to believe in themselves. - Bharati Jacob, Seedfund

Young entrepreneurs must learn to deal with ups, downs, and trolls, but it is hard when an entire sector is being derided. - Meeta Malhotra, Varana

Time is the most valuable currency for a person who is bootstrapping. - Pardeep Goyal, CashOverflow

We are sitting in the middle of one of the biggest market opportunities of the next decade, which is the shift to freelance work. – Steven Reubenstone, Collaborizm

This will be the first time that professional journalists and citizen journalists will work side by side as equals. – Jimmy Wales, Wikipedia

Nearly 85 percent of child labourers in India are hard-to-reach, invisible, and excluded, as they work largely in the unorganised sector. - Ministry of Statistics, India

The need of the hour is to slowly reduce urea usage and increase organic and bio-fertiliser use. - Ananth Kumar, Minister for Chemicals and Fertilisers and Parliamentary Affairs

We don’t want subsidies, we don’t want programs, we only want a good price for our produce. - Prakash, Karnataka State Farmer’s Association

We have to reboot ourselves by switching to organics and millets. - Krishna Byre Gowda, Karnataka Agriculture Minister

Your attitude to add value for others first becomes proven if you work for free and provide value even before you are hired. - Deepak Kanakaraju. Razorpay.com

Millennials generally value learning over other incentives they could get at a company. - Nikhil Sinha, Coursera

Every human being has human capital, and this capital needs to be empowered. - Vikram Sankaranarayanan, SanLak Agro

With a little bit of effort, government schools can also provide quality education for families who cannot afford the fees of a private school. - Annapoorna Mohan, Panchayat Union Primary School

We are human beings at the end of the day and not ‘resources.’ If you treat people right they will respond. – Vijay Sharma, Belong

Education has the ability to be the root solution to a lot of matters. - Ashish Goyal, Umang Foundation

All I am is what I am going after. – Al Pacino

The one thing that doesn’t abide by majority rule is a person’s conscience. – Harper Lee

We ask of all of India to break this inhuman cycle and demand justice for the victims of child prostitution. - Tapoti Bhowmick, Sanlaap India

India is a seriously water-stressed nation, and is faced with the prospect of becoming the planet’s most populous country by 2050, with an estimated population of 1.6 billion, while only having 4 percent of the world’s water resources. – Greenpeace report

The main reason why many students find Sanskrit difficult is due to the structure of the curriculum and the way Sanskrit is taught in schools. - Pradnya Anjal, Vedika

With proper exposure and packaging, not only will the traditional art forms get recognised but artisans will also have a greater income and better livelihood. - Shruti Kedia, Decent Neta

There is a big space in terms of delicious, wholesome, healthy options available to people working in offices. - Sonal Minas, Twigly

In the long run, the player who can deliver medicines to the customer within an hour will be able to compete. - Tarun Davda, Matrix Partners

It is great to see core technology businesses emerge out of India. - Naganand Doraswamy, IdeaSpring Capital

‘Social entrepreneur’ is a grand term, but it is also problematic. There is struggle. - Amitabh Mehrotra, SPARC India

Being a politician is riskier than being an entrepreneur. – Priyank Kharge, IT Minister, Karnataka

The world is no longer flat as countries around the world turn inwards and protectionist and India needs to holds its own ground and build expertise and excellence. - Ronnie Screwvala, UpGrad