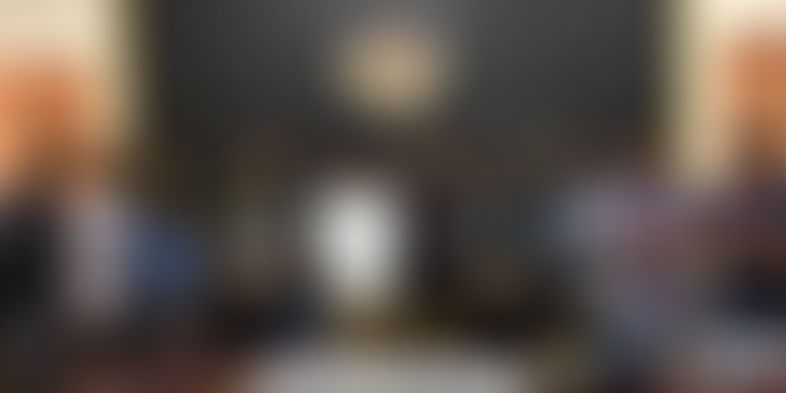 Last month, the Gujarat University Startup and Entrepreneurship Council (GUSEC) had initiated JumpStart, a pre-seed funding opportunity for startups and innovations, in association with Gujarat CSR Authority--and the winners of this year's edition of this grand initiative have been announced. Twenty five startups have been chosen from more than 350 applications, and will now be rewarded Rs 40,000 as pre-seed funding, besides mentorship and incubation.

Under JumpStart, shortlisted startups and innovations shall receive a Rs 40,000 grant along with necessary infrastructural, mentorship, and allied support to grow and advance their innovations and startups, and commercialise their ideas through Gujarat University.

Fifty startups were first shortlisted and invited for panel interviews at GUSEC during the last week of March. While 25 made it to the list of winners, the other 25 applicants who appeared for the interviews but were not selected for further funding have also been extended infrastructural, mentorship, and allied support at GUSEC.

JumpStart was conceptualised on the lines of GUSEC’s efforts last year in association with GCSRA when 12 startups were awarded grants of Rs 40,000 each. Ten of these 12 startups are currently at the growth stage, and incubated with GUSEC.

The GUSEC building houses an 80-seat startup support system and was operationalised in February 2016. Since then, they have supported over 43 startups, and 36 startups are currently being incubated with them. GUSEC is run 100 percent by the funds and support of the University.

“Universities are going to play a key role in shaping up the startup and innovation ecosystem of India, and Gujarat University has been at the forefront of undertaking the necessary measures in this respect. We have not only enabled a community-driven startup support system, but are also finding ways to financially support them. Association with CSR Authority is one such measure,” said Dr. Himanshu Pandya, the Vice-Chancellor (I/c) of Gujarat University.

“Rs 40,000 may not sound like a lot, but it can do wonders for many early-stage and young startups. Some startups may subsidise their legal incorporation costs, while some may use the funds to hire several interns for several months. JumpStart was carefully conceptualised on the successful implementation of the similar funding model last year, and we look forward to supporting more young entrepreneurs and innovators at GUSEC in the coming months,” said Rahul Bhagchandani, Acting CEO of GUSEC.

The broad goal of GUSEC is to empower and enable one percent of university graduates to become job creators in the next three years. The University also plans to establish decentralised startup support systems in the affiliated colleges under it.

Here are all the startups that made the cut!

1. SUDAKSH: The AI engine implemented in SUDAKSH adapts to the physics of drones in real-time and improves stability, and eliminates the requirement for calibration in drones, keeping the stability of the drone optimum even in the case on unevenly distributed payload weight.

2. Synbiotic Foods: They offer products that are a combination of both probiotics and prebiotics, as well as special products with Spirulina as a component to enhance its nutritional value. They currently have products like Spirulina lassi, Spirulina chocolate, Spirulina khakra (Gujarati dish), and Spirulina cookies.

3. sports-werable: An IoT device that can snap-on to a cricket bat and throw up data on each individual swing the athlete makes. The data gathered is used to record, assist, and immerse the athlete using constructive feedback.

4. WeHear: They are working on a bone conduction hearing aid for deaf people. The proposed device sends the sound wave signals directly to the inner ear, bypassing the outer ears, and also has bluetooth connectivity with mobile devices so that deaf people can also listen to music, see videos, and even can talk on phone.

5. MyClassCampus: A personalised app and web-based platform for schools, colleges, and educational institutes for quick, organised, and effective communication for all the stakeholders - students, parents, faculties, and management.

6. Resource Center for Actuarial Mathematics: A resource centre for actuarial studies involving high-end mathematics and statistics and also an interface with finance and economics. The first stage of the project shall involve a study identifying the nature of resources to be made available to the seekers.

7. Funkaar Gigs: It connects artists to consumers who need live musicians, with a focus on lost musicians and folk artists of India.

9. Planet Earthlings: They wish to develop a full graphical virtual world and social network to bring children from all over the world together to learn, create, and play, both cooperatively and collaboratively.

10. Campusyaari: They have developed a first-of-its-kind dropship model for custom merchandise solutions for large and small brands.

11. Chemsol: It has finished developing a groundbreaking synthetic strategy for a cancer-related pharma drug that will astronomically change how some drugs are developed in the country, and around the world.

12. Salubrious Gujarat: It is working to identify lesser-known medicinal plants for critical illnesses.

13. Wittybrowns: They engage in the moral and practical education of students across several schools through a set of unique proprietary exams and tests.

14. D.A.C.H.: D-Assemble Camera Holster is a device that transfers the load of the professional camera gear from shoulders and neck to the photographer's waist.

15. SciTech: A unique concept of amalgamating theoretical concepts with a practical angle to it, to develop scientific temperament and aptitude in children upto the age of 14 years.

16: Infin24: They claim to be the first online platform to buy mutual funds, and provide financial assistance straight to consumers.

17. Lutalica: An online platform that connects like-minded writers on a single platform to share and express, and meet up frequently to discuss issues and challenges.

18: PreBOO: A communication app for teachers, tutors, and coaches of preschools, kindergartens, daycares, and other after-school activity institutes to record activity, send a note or a message, take pictures of a student, and share with parents in real-time.

19. StudentDesk: A web and mobile-based platform where students can buy, sell, exchange, rent, or donate their books, magazines, and other study material online within their institutes or cities.

20. App-based Ambulance Calling & Tracking: They want to disrupt the way emergency services such as ambulance, PCR vans and so on can be managed and requested.

21. CashBasket: An online platform where users can get exciting deals along with discount coupons and gift cards from various brands and the exclusive CashBasket store.

22. Luminati: A startup into the production of smart clothing. Garments developed and produced by Luminati are devised to react to external factors such as sound, light, motion, and heartbeat.

23. ieacon: A smart universal platform for food, retail, and events that bridges the gap between users and merchants. ieacon for food eliminates the need for a user to have different apps, and advertises contextually. ieacon creates a new way for users to interact with their customers.

24. BrainyBottle: Brainy Bottle is developing a mechanism for plastic and aluminium bottles to self-destruct upon use, in order to prevent reuse and facilitate recycling.

25: Kollegians: It is a social network and college management system that hosts content from multiple colleges simultaneously.