Challenge for techpreneurs to devise urban mobility solutions for Bengaluru 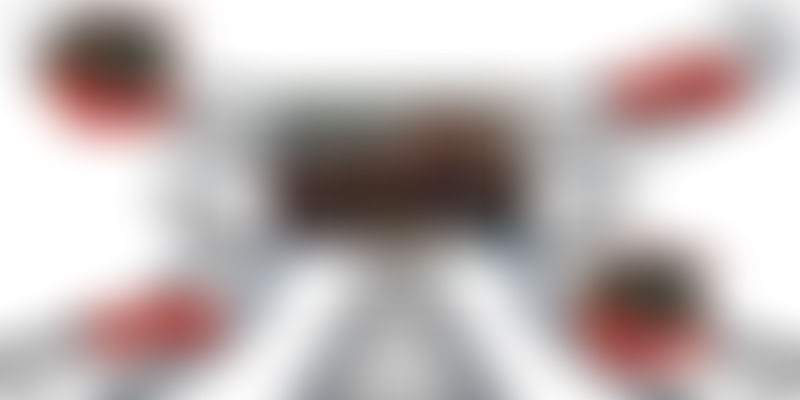 Grants worth Rs 40 lakh are up for grabs for those who come up with technology-based solutions for seamless mobility in India's IT capital. This is a first such challenge which will later be taken up in other cities.

As cities grow and metro rail systems become fully operational, an immediate challenge is last-mile connectivity and the provision of a seamless inter-nodal network to private vehicle owners to switch to public transport.

In a first, the World Resources Institute (WRI) and the Toyota Mobility Foundation have called on entrepreneurs to come out with tech-based solutions to make public transport initiatives safer, more affordable and convenient, and to integrate them with other public modes of transport.

Called the Stamp (Station Access and Mobility Programme) Challenge, this open innovation programme in the urban mobility sector is aimed at nurturing tech-based interventions in the country.

Pawan Mulukutla from WRI says that, as one of the most dynamic cities in the world, Bengaluru has seen a population surge of 77 percent since 2001, thanks to rapid urban development and the IT revolution. “While this has powered the economy, it has also led to a plethora of transport-related problems. The exponential growth of private vehicles from 1.5 million to 6.7 million since 2001, a 55 percent increase in traffic-related accidents between 2015 and 2016, and a drop in the public bus fleet run by the Bangalore Metropolitan Transport Corporation highlight the need for robust mass transit options in the metropolis,” says Pawan.

Prasanna Ganesh, Programme Director, Toyota Mobility Foundation, says that while a metro rail is great for a city like Bengaluru, it should be integrated with last-mile connectivity.

“No single stakeholder can make a difference, and we need each one to be collaborative and work towards these issues. The STAMP initiative provides a platform for citizens, entrepreneurs, and the government to work together and improve access to and from the Metro.”

Despite the metro serving transport thousands of passengers through the city traffic faster than any other public system, ease of access to metro stations and last-mile connectivity are the deciding factors for most in choosing it as their means of transport. As long as these aspects remain unaddressed, Namma Metro will fail to achieve its full potential.

The WRI initiated a STAMP survey to understand current commuter behaviour in and around two major metro stations in Bengaluru–Baiyappanahalli and MG Road. The survey revealed that 64 percent of would-be metro riders currently preferred alternative means of transport due to lack of connectivity to the metro stations. Among the existing metro users, 60-80 percent demand greater integration between the metro and other modes of transport for easier transition. The remaining 20-40 percent demand better user experience in terms of improved information and payment systems, and a hassle-free commute. This survey was conducted by Sudeept Maiti, Managing Associate, and Krithi Venkat, Research Consultant at WRI.

With the imminent expansion of the metro, there is a dire need to bolster the existing system by making access to it more useable, connected, and equitable for commuters.

The challenge is being conducted in association with the Bangalore Political Action Committee or B.PAC, and grants worth Rs 40 lakh have been set aside for the winners. They will be able to work on their project between July and November this year.

Pawan says innovative transport solutions are being developed, with companies offering a host of services, ranging from smart integrated trip planners to ride-sharing platforms with the potential to support existing transit networks. Cities around the world, such as London, Toronto and San Francisco, have embraced such models to bring in greater integration and digitisation, resulting in increased public transit ridership.

The STAMP Challenge will scout for solutions from citizens, entrepreneurs, innovators, and researchers from across the country to enhance last-mile connectivity to Bengaluru’s metro stations. The programme brings together entrepreneurs and citizens to identify and implement the most innovative mobility solutions. The winners will be supported and mentored by WRI India and TMF to make their innovative solutions a reality.

To find out more, visit www.wricitieshub.org/stamp2017. Entries have to be sent in by May 15.