20 lakhs in 60 days: How these students from DPS are spearheading the largest ever crowdfunding campaign by a school 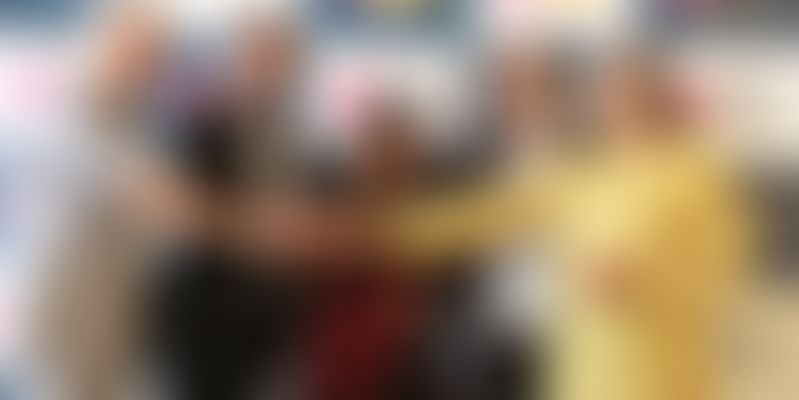 Over 50 students at the Delhi Public School in Bengaluru are spearheading a crowdfunding initiative. With a target of raising Rs 20 lakh for the funding of heart surgeries for underprivileged children, the young students are piloting one of the largest student-driven social campaigns.

In the bustling city of Bengaluru, an educational institution is exploring the noble idea of crowdfunding the medical expenses of pediatric heart surgeries for underprivileged children. Delhi Public School North is spearheading a first-of-its-kind platform to raise over Rs 20 lakh in 60 days, with their students driving the cause. Over 50 students, a majority of whom are from the 9th, 10th, and 12th standards, have nominated themselves and successfully collected Rs 14.4 lakh over a period of 45 days so far. The campaign has been the largest ever crowdfunding campaign done by a school in Bengaluru.

According to a survey by the WHO, heart diseases accounted for over 15 million deaths across the world in 2015. Although Bengaluru plays host to some world-class cardiac hospitals, the fact remains that these are out of reach for 90 percent of the population owing to medical expenses and a lack of awareness.

The school, the Needy Heart Foundation (NHF), the Rotary Club Indiranagar, and crowdfunding platform Fueladream are collaborating to change the lives of children who are in dire need of medical intervention. Students as young as 13 have enthusiastically come forward, and their performance and dedication have surpassed all expectations, said Manju Balasubramanyam, Principal of DPS North Bangalore. On the intent behind driving such an initiative in an educational institution, she says,

The future of the world will need citizens who are empathetic, embrace diversity, communicate well, and work collaboratively in a global world. Fueladream.com provided the perfect platform where students from DPS Bangalore North could develop these and other 21st century skills, network with the community, tap into the positive power of social media, and uphold the DPS Society motto of 'Service before Self’.

The funds raised will be redirected to hospitals like Sri Jayadeva Institute of Cardiology and Fortis Hospital through the Needy Heart Foundation, which has been instrumental in driving this cause for over two decades now. Based out of Bengaluru, the foundation has so far made a tangible difference to the lives of over 7,600 needy individuals. Talking about the work the organisation has been involved in, O.P. Khanna, Chairman & Managing Trustee said,

The average cost for a cardiac surgery in Bengaluru is about Rs 4 lakh. Owing to our own network of people, the Needy Heart Foundation has signed MOUs with nine top hospitals in the city. With this, the hospitals are offering highly-subsidised rates, varying from Rs 85,000 to Rs 125,000, depending on the type of heart ailment. This has inspired us to reach out to more people who are looking for financial assistance

The process of crowdfunding, which has so far been an alien topic to the management and students at DPS, has managed to interest the faculty and students with regard to how alternative ways of social service can be incorporated at grassroots levels, like at schools. Spread across 60 days, out of which 45 are over, the campaign has so far collected Rs 14 lakh, and is chasing a final target of Rs 20 lakh.

Talking about the influence the crowdfunding platform has had on the young students at DPS, Founder and CEO of FuelADream Ranganath Thota said,

This campaign has already taught the kids at DPS that they have the ability to make a difference to the lives of others. It’s a wonderful initiative that we definitely see other schools adopting soon.

Amidst the competitive backdrop in a school, this event has leveraged the social impact that millennials can create owing to their exposure to the internet. Most of the students, who reached out to their own networks through family and friends, also realised the importance of valuing your immediate circle of people, added Manju.

With over 1.2 million individuals simultaneously making an impact as Rotarians globally, the Rotary Club in Indiranagar, Bengaluru, is actively participating in connecting the students with credible resources. Pradeep Visvanathan, President of the Rotary Club Indiranagar, said,

We are excited that students are using crowdfunding to make a difference to the lives of other kids, and we are further amazed at the results. The obvious success of this programme is making us look at crowdfunding from a very strategic perspective.

With schools exploring various ways to engage the young crowd, it is initiatives like this that rejuvenate the process of learning by introducing a flavour of social cause. While the world outside the school campus in running a rat race, initiatives like these streamline the young blood of our society into becoming a game changer.

If you wish to support the campaign, visit here.