Across 50 villages of Bihar, this organisation is creating a cadre of digital educators 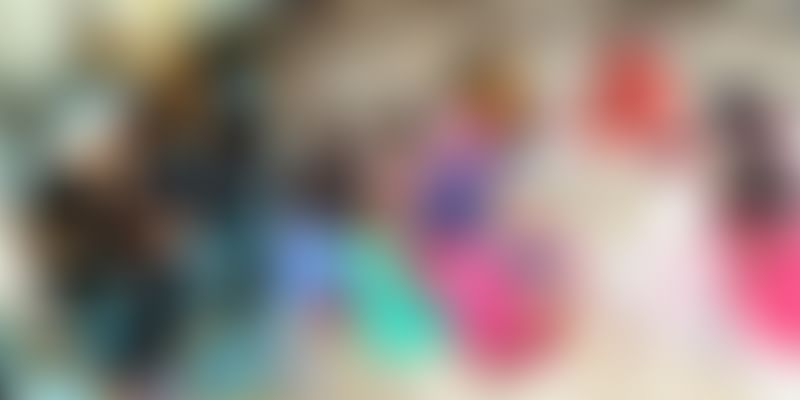 This not-for-profit organisation works in the villages of Jamui and Munger district to train youth and to create self-furthering cycles of learning.

The Right of Children to Free and Compulsory Education established under Article 21A of the Indian Constitution ascertains that no child between six and 14 years of age and admitted to a government school will be liable to pay a fee. This Article also suggests that it is the duty and obligation of Central and State governments to ensure and encourage enrollment in primary education. Given this, India has entered the list of 135 countries worldwide that provide free, compulsory education.

What, then, are we falling short of? Why does literacy often mean mere faltering reading and writing skills in the vernacular alphabet, if at all? Ravi Dhanuka (31) of i-Saksham says, “In India, 50 percent of fifth graders cannot read grade II textbooks. In Jamui of Bihar, it is 58 percent.”

From Fellows to initiators

Ravi was a Prime Minister’s Rural Development Fellow working out of Munger district in Bihar. His friends, Aditya Tyagi (34) and Shravan Jha (34), were posted in Jamui, Bihar. Ravi’s responsibilities facilitated interaction with local youth. Interestingly, he noticed that many of the young men and women who were being recruited by corporate companies at employment fairs were returning to their villages after a few months because they wished to study for government jobs.

Around the same time, Aditya and Shravan undertook a personal initiative of conducting training and digital literacy sessions for youth outside their own work hours in Jamui. Digital literacy, they felt, was a success among these youths and, indeed, it has become a necessary skill to bridge the gap between education and employability in an increasingly technologically-advanced India.

Armed with these two notable observations, Ravi, Aditya and Shravan formally initiated their project in 2014. In 2015, they officially registered i-Saksham as an NGO. It was conceptualised to make individual youngsters saksham or capable in a way that would work best for their own development as well as to aid that of others around them.

I-Saksham does its paperwork out of its office near Jamalpur Railway Station in Munger, but it takes education and training to the villages. The model is that of decentralised learning. Presently, the team covers 50 villages in Jamui and Munger districts. Trainers impart computer training and teacher training one day a week each for three months to local youth in community centres or public buildings in these villages. After that, those more educationally inclined are provided with a two-year support programme.

This is designed for these young men and women to start coaching centres in their own villages. Alongside creating a self-furthering educational cycle, such a process also allows them to earn while they themselves study for government jobs. While they receive freelance training and support from the organisation throughout their endeavour, all responsibility for their lessons and classes now fall on these young mentors. They generally charge a fee of Rs 50-70 per student per month – in fact, i-Saksham works only with youngsters who charge less than Rs 100 per student per month because its goal is to serve the poor.

“We want to create a cadre of community educators,” says 31-year-old Ravi over a telephonic conversation. He is driven for the cause and well-versed in the nitty-gritty of the organisation’s work. The team does not intend to build a movement for alternative education, but to make education accessible to learners in a way that will complement its mainstream processes. Ravi muses on how the products of learning, namely the textbooks and the tests, and the processes, namely the modes of evaluation, are grade-centric and often of limited content in regional languages. The efforts are to create textbook content, evaluation material, and systems of evaluation that will suit children’s learning standards instead of rigidly following prescriptions of a grade-based schooling system.

Young local trainers find it difficult when children of different learning abilities form mixed classes. This, according to Ravi, is a significant challenge their system of work is currently facing. But, new trainers receive mentorship from the organisation to effectively separate batches of learners.

Besides, funds are in need because work here involves plenty of travelling and consequent logistic expenses. The first set of funds came from National Skill Development Corporation and the organisation was crowdfunding until recently to meet costs.

They are on a mission to improve learning outcomes for five million rural children, to skill 50,000 youths to become community tutors, and to train 5,00,000 youths in various vocational skills by 2025.