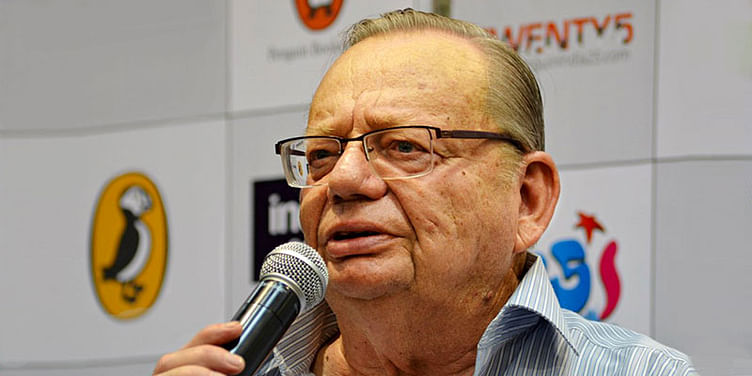 “Even if you are thrown out of school, it doesn’t stop you from doing interesting things.” – Ruskin Bond

True to his name, Ruskin Bond is by far a writer who has always maintained a unique bond with his audience. His lessons in life, writings, anecdotes, and tips have attracted readership and audiences in a way that one can’t help but wonder how someone can have such witty and interesting ideas. Even at the age of 83, this beloved author wants to continue connecting through his stories. Here are life lessons we can all learn from this prolific writer:

Although he has reached such great heights in his life, Bond continues to remain down to earth. He makes himself so easily accessible to his fans and readers despite being such a famous writer, displaying no celebrity air whatsoever.

Known to work on two to three pieces at a time, he sometimes leaves certain manuscripts alone and works on other pieces. He develops his work with ease despite claiming to be a lazy writer who has a nap before and after his lunch and makes sure he retires early before calling it a day.

There were several situations which may have made him quit writing. However, he stood strong in all such times and emerged a winner both as a person and as a writer.

He found his true love for writing at the very young age of 17, his first novel being The Room on the Roof. After finishing his schooling, he went to London, where he worked at a photo studio while searching for a publisher for the novel. Once he published the novel, he used the advance payment to settle down in Dehradun.

Passion will be rewarded

Ruskin Bond translated his passion for writing through such vivid imagery and thoughts only children relate to. The ability to connect with such creativity can come only by focussing on what one likes to do. It is no wonder he is regarded as an all-time favourite amongst children.

It is okay to dwell in loneliness

Ruskin Bond had a lonely childhood owing to his parents’ divorce when he was young. He basked in his solitude and owes his creativity and imagination to the fact that he shuns electronic devices such as cell phones and laptops. At times, he even avoids the company of people. As he once rightly said, “There is a distinction between aloneness and loneliness. Anyone who reads his novels will be transported to Mother Nature. The mountains, streams, rivers he describes will make readers derive solace from solitude.”

To conclude, here is a short poem from this timeless writer:

Do not be afraid of the dark

Don’t be afraid of the dark, little one,

The earth must rest when the day is done.

The sun must be harsh, but moonlight – never!

And those stars will be shining forever and ever,

Be friends with the Night, there is nothing to fear,

Just let your thoughts travel to friends far and near.

By day, it does seem that our troubles won’t cease,

But at night, late at night, the world is at peace.