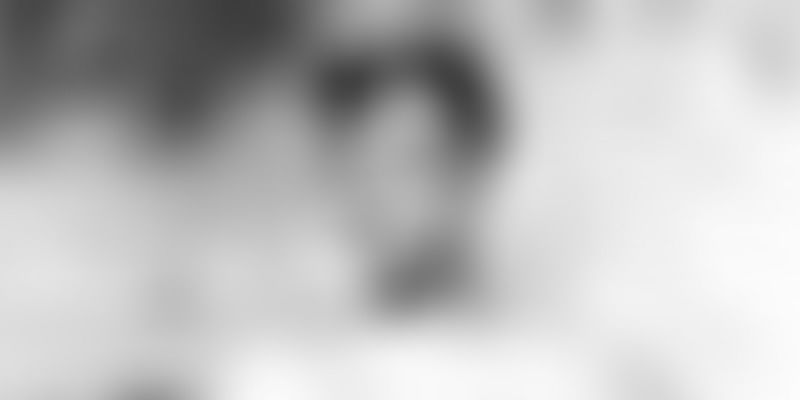 “Remember, if you need a hand you’ll find it at the end of your arm.”

I have this king-sized poster of Breakfast at Tiffany’s on my wall above my bed. Naturally, it features a larger-than-life image of Audrey Hepburn posing as Holly Golightly, a gorgeous New York socialite who, with a flash of a dimple, had half the men in the room cave at her feet.

However, that isn’t why the adaptation of Truman Capote’s book ranks on the top of my favourite movies list. It’s because Hepburn’s extremely flawed character taught me that being a woman, I had the right to say no. And secondly, behind all the beauty and fawning admiration lay a girl who revelled in her lonely independence, choosing a stray cat named ‘Cat’ to be the only being of consequence in her life.

Audrey Hepburn gave life to the character of Holly, just as she did for her characters in Roman Holiday, My Fair Lady, Love in the Afternoon, Wait Until Dark, Funny Face, and countless other classics. She was the beacon of effortless grace, natural elegance, and implausible beauty. But these aren’t the reasons why she was everything I wanted to be growing up. It was because she was a beautifully fractured, purposefully determined, and a boundlessly kind human being. While she definitely played her share of damsels in distress on reel, her off-screen story of struggling to survive in a world recovering from the throes of the World Wars, makes her all the more inspiring.

“I decided, very early on, just to accept life unconditionally; I never expected it to do anything special for me, yet I seemed to accomplish far more than I had ever hoped. Most of the time it just happened to me without my ever seeking it.”

Hepburn wasn’t satisfied with being a bystander as she watched the Nazis hurdle off groups of Dutch Jews into concentration camps. Despite her father being a Nazi sympathiser and occupying a high-position among their ranks, Hepburn would smuggle money and food to the Dutch resistance. During the same period, she also trained in ballet and performed in secret recitals for the Dutch nationalistic cause. After the end of the Nazi occupation of Netherlands, she graciously volunteered to teach dance to the refugees once held in captivity, despite suffering from a series of medical ailments herself.

Hepburn was never afraid to accept rejection. In truth, she was a moderately good ballet dancer and an above-average singer. When she took to the theatre back in the 1940s, she could have been vastly overlooked. However, she was relentless. While being cast for Sauce Piquante shortly afterward, she would perform 12 times a week, while attending classes at a university in London and modelling on the side. When she managed to finally procure a role in the Broadway adaptation of Gigi (1958), she didn’t possess the grandeur of a leading lady on stage, nor the sex appeal that had become so popular among actresses thanks to Marilyn Monroe. But as directors who later worked with her described it, she had an air of promising ‘star quality’ in that she was beautiful, dedicated, and easy liked by the audience. As a result, the first few roles that she was asked to play were all abjectly innocent, the eternal damsel who needed a heroic figure to ‘save’ her. While she exempted these characters believably, Hepburn’s desire to rehearse round the clock and become passionately one with the script never quite went away.

“Actually, you have to be a little bit in love with your leading man and vice versa. If you're going to portray love, you have to feel it. You can't do it any other way. But you don't carry it beyond the set.”

Hepburn took her role as an influencer very seriously. Both on-screen and off, she would try and use her role to inspire a new age of women romanticising the idea of being humanitarian, helpful to those in need and independent. She tried to make a calculated decision to keep her personal life away from the press, and to build on it, she would often disappear for months between movies to spend time with her then husband Mel Ferrar and son Sean Hepburn Ferrer. Later, when she had her second son, Luca Dotti, with well-known Italian psychiatrist Andrea Dotti, she made certain that her sons became a collective force to be reckoned with it. Having grown up with the heart-wrenching experience of having one parent constantly critical of her success and the other being absent for over two decades, Hepburn was impassioned in her role as a dedicated mother and love for her children. At the same time, she was never too far out of reach for her fans, who began to cue hotels, events, and exhibitions where she was rumoured to make an appearance.

“It's that wonderful old-fashioned idea that others come first and you come second. This was the whole ethic by which I was brought up. Others matter more than you do, so 'don't fuss, dear; get on with it.’”

Hepburn’s love for children wasn’t limited to her own. In the latter part of her career, she began to take a break from films and shift from supporting charitable foundations from the sidelines to leading humanitarian projects to relieve the suffering of those in need. During moments like these, gone was the prim princess with not a speck of dust on her glove. In her place was a woman not waiting a breath before taking up an infected Somalian child in her arms. Hepburn’s own experiences of near-starvation during her childhood in a war-torn country ensured that she took her humanitarian work seriously. Travelling to Somalia, Sudan, Ethiopia, and Bangladesh as a UNICEF ambassador, she testified before Congress, launched UNICEF’s State of the World’s Children reports, and gave speeches to the media to help support the cause. She used her star-power to offer a powerful voice to the needy. For these contributions, she was awarded the Presidential Medal of Freedom by US President George HW Bush in 1992.

“Since the world has existed, there has been injustice. But it is one world, the more so as it becomes smaller, more accessible. There is just no question that there is more obligation that those who have should give to those who have nothing.”

As today marks her 88th birthday, we wish to remember the leader, humanitarian, and woman in this iconic actress.