What mothers mean to these Indian icons—gleanings from their memoirs 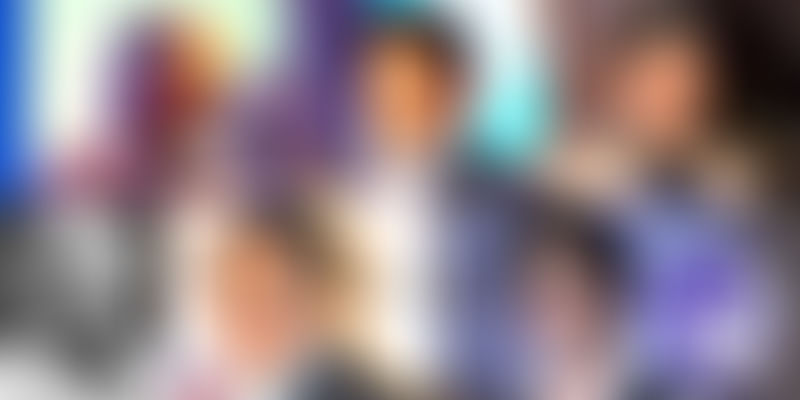 These celebrities have written about their mothers along with fond memories of them in their autobiographies. Let’s take a look at them this Mother’s day.

There is that one person in this world who knows you need help just by intuition, one who will never judge you, understands you thoroughly, will tell you she doesn’t need the last helping of her favourite dish simply because she wants you to have it. It is that same person whom you call first to convey any news. There is one and only one such person in this world, and she is the magical being you call MOTHER.

God isn’t omnipresent, and hence sent this heavenly being to protect us for eternity.

This year Mother’s Day is on the fourteenth. Though we all know that we do not need one particular day to show our love for our mothers, let’s take this day to tell them how extra special they are.

We bring you some samples of the tributes paid by famous Indian celebrities to their mothers in their respective autobiographies, detailing the key role their mothers played in their lives.

One of India’s most distinguished scientists and its eleventh President, APJ Abdul Kalam has described several incidents about his mother, Ashaiamma Jainulabiddin, in his autobiography Wings of Fire. Citing one such incident, Kalam describes how he returned home after selling newspapers and was served chapattis by his mother. He kept asking for more, and his mom gave him her share as well. Later, his brother made him aware of what he had done and told him to be more considerate.

Here is a poem from his autobiography that he wrote for his mother, who had always been a guiding light and source of inspiration for him:

“I still remember the day when I was ten,

Sleeping on your lap to the envy of my elder brothers and sisters.

It was full moon night, my world only you knew Mother! My Mother!

When at midnight, I woke with tears falling on my knee

You knew the pain of your child, My Mother.

Your love, your care, your faith gave me strength,

To face the world without fear and with His strength.

We will meet again on the great Judgment Day. My Mother!!!

The Master Blaster may have several records to his credit, but did you know that his autobiography Playing It My Way entered the Limca Book of Records for being the best-selling adult hardback across both fiction and non-fiction categories? Sachin, who presented the first copy of his book to his mother, Rajni Tendulkar, has lots to say about her in it. The cricketer, who is known to be a certified foodie, often speaks about his love for his mother’s food and eating out of her hands.

In his book, he says he owes his “appetite and love of food” to her. On the third page of his autobiography, Sachin describes his mother as the “best cook in the world for me”, who would make him “delicious fish and prawn curry, baigan bharta and varan bhaat".

Putlibai, Gandhi’s mother, was the biggest influence in his life. His spiritual development can be credited to her strong belief in the sacrifice of self for another. “She was deeply religious” is how Gandhi describes his mother in his autobiography, My Experiments with Truth.

He further says that his mother "would not think of taking her meals without her daily prayers...she would take the hardest vows and keep them without flinching. To keep two or three consecutive fasts was nothing to her".

Gandhi gives examples of his mother’s will and vows set during certain fasts, like the four-month period of Chaturmas (a Lent or Karem-like fasting period). He and his siblings would run to notify her when the sun shone so that they could eat along with her. But at times, the sun would go back into the clouds before she could even come outside and she would hence resume her fast. All this she did with delight in her heart.

Putlibai made Gandhi take three vows to fulfil his commitment and love to her, which he adhered to earnestly: no meat, no women, and no alcohol or tobacco. He was so attached to his mother that his family could not get themselves to convey the news of her death to him when he was away for his studies. They thought it would disrupt his mindset and studies, and so he learned about it only upon his return to India. The lessons she taught him in his life left a lasting imprint on the Father of the Nation.

his father when he was a teenager, and he and his six siblings were brought up by his mother, Raj Kumari Nikhanj. Affectionately called Kuckoo by his mother, Kapil Dev recalls how she would insist on him having butter milk during his early days of cricket.

In his autobiography Straight from the Heart, Kapil narrates how she was the primary influence that shaped his early years in Chandigarh. He describes his mother as the “pillar of strength” in his life.

Sunil Gavaskar describes his mother, Meenal Gavaskar, as his first coach. In his book Sunny Days, he recalls an amusing incident. During his childhood, his mother used to bowl in the small gallery of their house, where they played cricket daily with a tennis ball. His mother had to kneel down to bowl. Once, Sunil hit one back at her. The ball landed on her nose which started bleeding profusely. While the young lad was frightened out of his wits, his mother ignored the pain, washed her face, and continued the game.

Shahrukh Khan in his autobiography describes his relationship with his father and mother. He says his father always taught him to get things on his own. His mother, on the other hand, was the complete opposite. He recalls, “My mother wanted me to have all comforts. She bought me a car, but my dad said, ‘If you have the money, get it’.”

He narrates another heart-warming incident:

“One important turning event in my life occurred because I was very bad in Hindi. I used to get two or three on 10, and always failed in the subject. Once, my mother told me that if I got full marks in Hindi, she would take me to see a Hindi film in the theatre. I had never been to a movie hall before. So, I stayed up all night and studied my butt off, and managed to get full marks, after which my mother took me to see my first Hindi film, in a theatre.

Two things happened because of this incident. One, I became quite the Hindi pundit and later always did very well in Hindi. And secondly, I got the feel for Hindi films. My command over the language helps me immensely in essaying my roles in films today. The moral of the story is – if your mom tells you to study hard, do it. You may just become a film star and your education will help you one helluva lot. But if your mother is insisting on anthropology or biochemistry or perhaps aromatic therapy, then ignore her.”

No matter how old we are, we all need our mothers in our lives. Nothing replaces the bond we have with our moms. Their touch, smell, and warmth evoke fond memories that are timeless and will never be washed away, irrespective of how many years have passed.

Today, we would like to wish all the mothers out there a very Happy Mother’s Day–You are indeed a Super Woman!