An exploration of Plato's everlasting contributions to philosophy 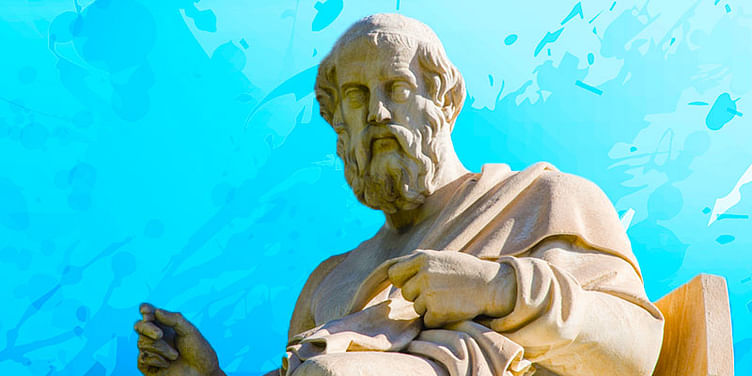 “I am the wisest man alive, for I know one thing, and that is that I know nothing.”

For a man who knew nothing, Plato certainly contributed a lot of knowledge to the world. Plato is hailed as one of the founders of Western philosophy, science, and religion, and his works, along with those of Socrates, his teacher, and Aristotle, his student, have maintained relevance for nearly two-and-a-half millennia after they were first documented. Born in Athens, Greece, in fifth century BC, Plato was among the earliest contributors to the fields of politics, education, literature, ethics, justice, virtue, and many more besides, from a philosophical standpoint. It is his work upon which the philosophers who succeeded him built their wide-ranging and varied theories and ideals. Alfred Whitehead, a decorated English philosopher, once remarked that “the safest general characterisation of the European philosophical tradition is that it consists of a series of footnotes to Plato.” Here we look at some of Plato’s greatest theories and ideas which are still the subject of fervent study around the world.

Plato, through Socratic dialogue, challenged the notion of what is real and what isn't. The Theory of Forms is the belief that the material world as it appears is only an image or copy of the ‘real’ world. In Plato's writings, Socrates argues that the ‘true reality’ is unobservable by those who perceive the world through their main senses and believe that only tangible objects are sure to exist. As a solution to this dilemma, Plato postulated that non-physical, yet substantial, forms (or ideas) are the most accurate representation of reality. This Platonic realism recognises two worlds: one is the apparent world which is constantly in flux, and the other a rigid and unseen world of forms, which may be responsible for the changes in the apparent world.

Epistemology, the theory of knowledge, is one of the most crucial subjects of philosophy, and Plato's statement that ‘knowledge is justified true belief’ spawned nearly all future developments in the field. Plato's belief was that opinion is derived from the effervescent world of sensory perception and can hence never be considered certain whereas true knowledge is derived from the world of timeless Forms. Building on the Theory of Forms, Plato argued that true knowledge is inherently present in a person's soul and is shrouded by their perception of reality. In his much-debated ‘doctrine of recollection’, Plato states that the soul once lived in true reality where it possessed all knowledge, but it forgot it once it occupied a human body. Thus, Plato says that the ‘learning’ of new Forms (ideas) is simply recollection of what we once knew.

The Republic, a Socratic dialogue that primarily explored the concept of justice, is Plato's best-known work and is regarded among the world's most influential works on philosophy and politics. Through written conversation between six men, Plato attempts to establish, in the philosophical sense, an ideal state (the Republic) that would serve as the template for all existing and emerging societies. He says that a good community is one which abides by the four cardinal Grecian virtues: wisdom, courage, temperance, and justice. Among these, Plato reasons, justice is the most important.

The treatise begins with the question, ‘What is justice?’, and then proceeds to explore examples of just actions or just men, and how justice can be ensured through policy. Plato theorised that individuals are just if they perform their nature-ordained duties without interfering with another's activity. For this, he divided society into three classes: Productive (Workers), Protective (Warriors or Guardians), and Governing (Rulers or Philosopher Kings). Plato said that only through specialisation in one of these duties can disunity between people be erased and a just state be established.

Plato acknowledges education as the most important thing for creating an ideal state after justice. He theorises that only by being educated can an individual realise his function in society and contribute to a well-functioning society. Drawing on his theory of epistemology, Plato states that the primary objective of education is to reveal the truths lying dormant in our souls. He was a proponent of state-controlled, compulsory education and a strong detractor of forced learning. In the Republic, Plato writes: “That's what education should be – the art of orientation. Educators should devise the simplest and most effective methods of turning minds around. It shouldn't be the art of implanting sight in the organ, but should proceed on the understanding that the organ already has the capacity, but is improperly aligned and isn't facing the right way.”

Plato's contributions to philosophy laid down a foundation that has survived the sands of time and maintains relevance even today – an achievement few philosophers can boast of. The inventor of written dialogue and dialectic forms in philosophy, and the founder of the first institution of higher learning in the Western world, Plato has left a truly indelible mark in world history.