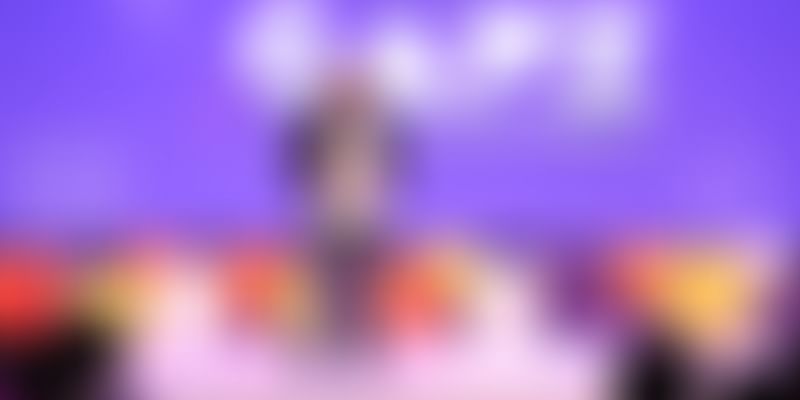 Prasad Sutar had the audience at GAFX 2017 spellbound as he took them through the magical world of visual effects and explained it with examples of his own works in films that are now milestones in special effects.

Though we have come a long way from being surprised by the moving picture, we are still captivated by it. In spite of knowing what we see in films like The Hulk and Avataar are just computer generated images that have been brought to life by visual effects artists and designers, the visuals in these films never cease to amaze us.

Prasad Sutar, Co-founder and VFX Supervisor, NY VFXWAALA, had the audiences listening to him with rapt attention as he talked about the significance of VFX technology in storytelling during one of the sessions on the second day of the three-day conference GAFX Conference 2017 in Bengaluru on Saturday. The conference is being organised by the Department of IT, BT, Government of Karnataka in association with the industry body ABAI.

While explaining how mere imaginations can be transformed into visuals, Prasad, who has more than two decades of experience in the field of designing, shared the philosophy and motivations behind his own body of work. He said he once heard someone say that whatever one does in a film becomes part of history and since then it has been his endeavour to always give his best.

Talking about the significance of visual effects in films, he said, “Looking at the current trends we can see how much visuals have changed and are still changing. Trying to find different ways to tell a story, by filming shots differently is what makes this industry so much fun. Until now, pre-production was not accorded much importance, but this will soon change. VFX has become one of the biggest components of a film and will remain so."

How things fall into place

According to Prasad, the stories that we tell in the films will always be the same, sound can change only to an extent, but it is the visuals that keeps changing and that is where its importance lies. He said that he started enjoying shooting these visuals because that is where decisions happened. "But with that decision-making power comes a huge responsibility of doing things right," added Prasad, who has won several awards, including the Asian Film Award, for visual effects for the film Bajirao Mastani.

Giving examples from his recent films like Kaatru Veliyidai, Shivaay and Dangal, he explained how what is shot on a small set in Hyderabad or Pune can make the viewers believe that it was shoot all over the world. "All it takes is to imagine and visualise and eventually all things will fall into place," he said.

However, things are not always easy, according to him, especially when working on totally different projects at the same time. He said such a situation arose when he found himself shooting for Shivaay, Bajirao Mastani and Dangal at the same time. He recalled how on one occasion, his CGI team was pushed to their limits while working on Shivaay as they had to deliver results in a very short time. But he was able to get through the task as a result of team work.