What does Amazon's Whole Foods acquisition for $13.7B mean for the grocery market? 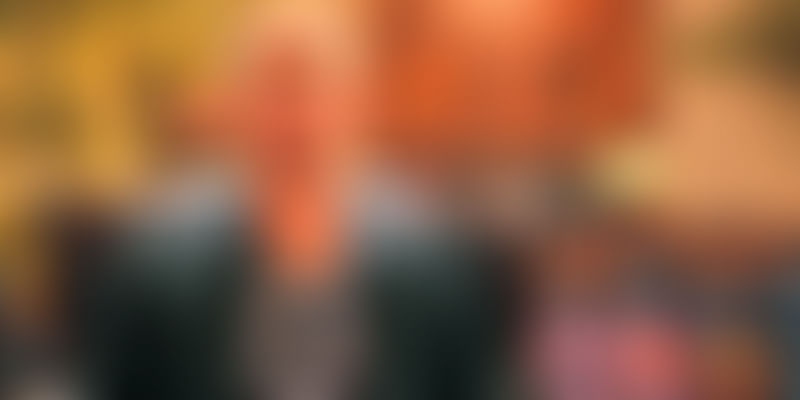 Amazon acquired Whole Foods on Friday for a whopping $13.7 billion. This deal marks Amazon's aggressive push and interest in the $800-billion grocery market.

In one of the biggest moves in grocery and retail business, Amazon is set to buy out Whole Foods, a supermarket chain in the market in natural and organic foods, and also the first national 'Certified Organic' grocer in the US, for a whopping $13.7 billion.

In its official press release, Amazon said that it will formally acquire Whole Foods Market Inc. in an all-cash $13.7 billion deal, at the rate of $42 per share, including Whole Foods Market’s net debt. This will be at a big 27 percent premium to Thursday’s closing price.

A New York Times report suggested that the after the closing of the deal, Amazon share prices rose to over 3.3 percent. And those of other retailers like Walmart, Costco Wholesale and Target fell drastically.

The size and the cost of the deal just shows how aggressive Amazon is in venturing into the grocery market. According to an NYT article, the grocery industry in the US alone accounts for close to $800 billion in annual sales.

It also is an interesting time, because as recently as last month, Whole Foods had disclosed an overhaul of its board, where it had replaced five directors, got in a new CFO and a chairwoman. It also disclosed new plans of cutting costs and improving operations. The deal, in its essence, shows a chance for Whole Foods to fend off pressure from investors regarding the dipping stock prices.

Founded in 1978 in Austin, Texas, Whole Foods Market, in the last fiscal year, clocked sales of approximately $16 billion and has more than 460 stores in the United States, Canada, and the United Kingdom, and employs approximately 87,000 people.

The deal means a lot to both parties, as with this proposition, Whole Foods now gets an owner, which isn’t just deeply pocketed, but also has significant technological backing and has a strong willingness to invest aggressively to gain dominance.

Completion of the transaction is subject to approval by Whole Foods Market's shareholders, regulatory approvals and other customary closing conditions. The parties expect to close the transaction during the second half of 2017. In that regard, Amazon’s has issued a disclaimer that this announcement “contains forward-looking statements”, and that “actual results could differ materially from those projected or forecast in the forward-looking statements.”

“Millions of people love Whole Foods Market because they offer the best natural and organic foods, and they make it fun to eat healthy. Whole Foods Market has been satisfying, delighting and nourishing customers for nearly four decades – they’re doing an amazing job and we want that to continue.”

In the past year, Amazon has been expanding its focus beyond online and looking sharply at physical and omni-channel presence.

Amazon has been trying to strengthen its presence in the online grocery space for a while now, seeing that its own operation didn't have promising numbers. With this acquisition, it shall be more poised to take on giants like Wal-Mart. In fact, CNBC reported that the announcement caused an immediate and sharp decline in the prices of various other grocery stocks on the exchange.

What will Amazon do to Whole Foods?

However, several leading publishing houses of the US like Recode have their reservations. Kara Swisher, Co-founder, Recode took to Twitter and said:

"I can’t imagine why @amazon wouldn’t buy @WholeFoods, for example, just because of the urban locations." https://t.co/tTjZIMFehL

There are clearly mixed views on what Amazon intends to do with Whole Foods. Over the past year, Amazon has been building outlets and has been focussed strongly on the grocery segment. It has, in fact, been looking at several concepts like – opening a convenience store without cashiers, and another grocery concept that could serve walk-in customers, which could also act as a hub for home deliveries.

“This partnership presents an opportunity to maximise value for Whole Foods Market’s shareholders, while at the same time extending our mission and bringing the highest quality, experience, convenience and innovation to our customers,” said John Mackey, Whole Foods Market co-founder and CEO.

What does it mean for India?

Interestingly, the acquisition of Whole Foods sends several signals to Amazon’s Indian market as well. Over the past couple of months speculations have been rife of Amazon looking to acquire BigBasket, the e-grocery startup.

Recent reports also suggested that Amazon and BigBasket have entered into a 60-day exclusivity agreement. Signing this close, according to the Times of India, would mean that Amazon is the only strategic contender to buy BigBasket during the two-month period. But this doesn’t stop BigBasket from seeking external investment.

Amazon has, in fact, said to have even proposed a $500 million investment to make deeper inroads into the Indian grocery and food business. The acquisition of BigBasket is believed to make those inroads smoother and easier with an existing strong backend network and supply chain.

In India, the grocery market is estimated to be at $400 billion, and organised retail, according to a report by Technopak contributes to $12 billion and e-grocers are said to hold four percent of that share.

However, will India be an easy win for Amazon is a question yet to be answered. The e-grocery segment in India is yet to see the kind of growth trajectory as Amazon has seen abroad. In an earlier interview with YourStory, BigBasket CEO and co-founder Hari Menon had also mentioned how difficult the space actually is, considering that consumer behaviour shift is yet to happen at the pace that is needed.

Will Amazon’s deeper pockets change that?