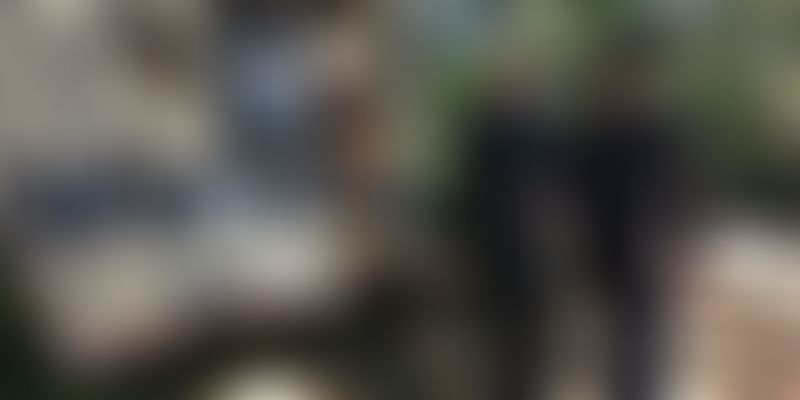 Once a big-game hunter, Bulu Imam has been an environmental and tribal activist and a revivalist of tribal painting. Now, he plans to set up a museum and research centre in Hazaribagh.

On the fringes of Hazaribagh in Jharkhand, one can find a colonial house enclosed by lush green trees and bushes. In this serene environment, reading perched on an arm chair is 74-year-old Bulu Imam.

Bulu is a treasure unfamiliar to many. A big-game-hunter-turned-environmentalist, he is also an archaeologist, a revivalist of tribal paintings, and the winner of the International Peace Award by the Gandhi Foundation for his humanitarian work. Today, with his son Gustav Imam, plans to set up a museum and research centre in Hazaribagh.

Presently, he runs a museum and art gallery, ‘The Sanskriti Centre’. He has also authored several research papers and books.

A big-game hunter grows into an activist

Bulu’s life has been a somewhat enthralling journey. As a big-game hunter in the ’60s and ’70s, Imam hunted 19 elephants and many man-eating tigers. The grandson of Indian High Court judge and India’s Congress President Sir Syed Hasan Iman, his early life was spent organising tiger hunts with his father in the region of Jharkhand, earlier southern Bihar. He was then also closely associated with the forest as well the tribals.

His life took a turn in 1979, as Bulu recalls, “It was on a journey around the state with British traveller-writer Mark Shand and his elephant when I saw the destruction of thick forest for coal mining by the state.”

Sipping his black coffee, Bulu asserts, “This land of coalfield bed has been the home of millions of tribal people, who lived there for centuries. With coal mining, there was not just the destruction of the environment and displacement of tribals but also a loss of culture. Apart from their livelihood being affected, they worship sacred rocks there, which are also megaliths, some even dating back to before 2000 BC” He then quit hunting in order to save the deteriorating tribal culture amidst coal mining.

Bulu’s affinity for tribal culture dates back to his tiger-hunting days, when he visited the village. He also has two tribal wives. Consequently, in the face of the annihilation of this culture, he dedicated his life to saving it. He became a strong propagator for tribals and wildlife in the North Karanpura Valley against open cast mining. He also brought attention to the need for protecting corridors for elephants and tigers to have distinct habitats.

In pursuit of identity to unearthing the past

To bring more validation to his activism, Bulu took on an exploration for the identity of the Adivasis. In the wake of protecting natural and cultural heritage, in 1987 he was chosen as regional convenor for INTACH, a Delhi-based NGO.

Three years later, in 1991, Bulu discovered the first Mesolithic rock art at Isco and later discovered a dozen prehistoric rock art sites more than 5,000 years old, in the North Karanpura Valley. Furthermore, he also found palaeoarchaeology sites associated with the Mesolithic rock art, ancient megaliths, and Buddhist archaeological sites. These sites were acknowledged by the Archaeological Survey of India, enriching the cultural tradition of the region.

Subsequently, Bulu found linked these prehistoric art paintings to the living mural painting tradition of the Adivasis women on the mud wall of their home. Explaining the painting Bulu highlights, “The painting style can be distinguished into Khovar and Sohari. The Adivasi women of Jharkhand paint their mud homes inside and out, twice a year, celebrating harvest and marriage time. In a ceremonial tradition, these paintings highlight the creative and artistic gifts of these women.”

Bringing in a great similarity between the two art forms, Bulu in 1993 set up the Tribal Women Artists' Cooperative (TWAC) which empowers and encourages Adivasi women to continue painting. Adding value to their work, Bulu has been putting these paintings on canvas and cloth and exhibiting it all around the world. He has toured the world with the artists, demonstrating the work and gathering support and funds. Highlighting the significance, he articulates, “These mud wall paintings are not new but had been in existence since the Chalcolithic and Iron Age period. I understood it was not the matter of just protecting these paintings archaeologically but it was a matter of conserving long-standing traditions. I started collecting such stone tools in my museum and it is one of the recognised museums by the government.”

TWAC has held more than 50 worldwide exhibitions so far. The paintings are found around the town of Hazaribagh, taking this diminishing art to the mainstream.

​Although the centre has been self-funded so far, in order to grow, they have asked the Jharkhand State government for help. As Bulu’s Son Gustav highlights, “While I was pursuing my master’s at the University of East Anglia in the UK, I had became a resource for many of research. This made me realise the greater need for a proper documentation of the artefact present in the museum which could be further researcher, academician, students and others for further research.”

In the proposal, a new building adjoining centre with a proper document of all the artefact has been proposed, with a total estimate of Rs 22,00,000. Sitting beside his father, Gustav declares, “Even though we haven’t received any money, we have started the documentation work.”

Waiting for the resources, Bulu says, “What took me to reach here, is just one story. I started with a struggle to set up an indigenous rights base for tribals to uncover vast facets of history linked to human evolution. But now, taking this to another level is another story. The Sanskriti museum is a result of 30 years of research. Each artefact or stone tool present in this museum has more potential than a seminal paper. Therefore, proper documentation is vital.”