The black realities of coal-mining industry that cannot be ignored 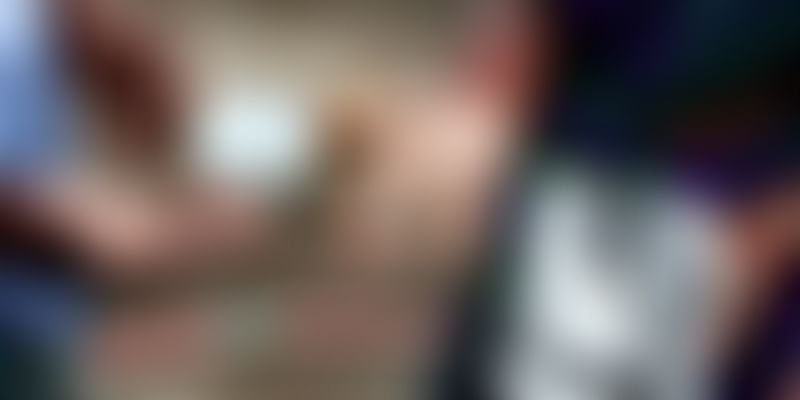 Amidst coal-fired thermal power plants, oil refinery, large garbage dump yards, coal-ash ponds and coal yards to store coal, the lush green days of the Ennore creek remain a distant memory. Industrialisation, in the name of development, has taken over the neighborhood which places itself 20 km to the north of Chennai.

“Being fishermen, fishing is our right”, says RL Srinivasan a native of the Ennore creek. During the initial planning of the industrial township, the fishermen were assured that fishing won’t be disturbed by plant activities. He says,

We were told that working in the company is modern. Then they started occupying our areas to build industries; the water was being sent to rivers and sea. They started putting up bridges and pipelines. And now, we have nowhere to go. 70 per cent of the fish resources have depleted.

Surrounded by salt pans, mangroves, fish farms, and mud flats, the creek balances the coastal ecosystem in this region. The lagoon provided a livelihood to not just humans, but was also an abode to a large variety of animal and plant life. The vast mangrove plains engendered various species of fish, thereby, supporting the primary source of livelihood for six fishing villages.

Now, at the cost of Rs 4,800 crore, the Tamil Nadu Generation and Distribution Corporation (TANGEDCO) has proposed to set up a 660 MW plant replacing the decommissioned 450 MW Ennore Thermal Power Station (ETPS).

Is Ennore ready for another power plant?

The late 1960s marked the beginning of the industrial zone of the Ennore region. In the past five decades of industrialisation, the area had to let go of its rich biodiversity to accommodate four coal-based thermal power and industries.

The creek is already under tremendous strain because of pollution and land encroachment by large industries. Approximately 50 percent of the creek has been lost to industries and the remaining area has been taken over by the existing thermal power plant to dump their fly ash.

He explains that burning coal’s toxic residue, fly ash, is spread over the water bodies which has resulted in the deterioration of aquatic diversity. Further, the pipelines that carry the ash to the plant tend to leak, thereby, converting a large portion of the wetland into concrete.

And there are three such ponds belonging to three different power plants. When we have an already polluted area, how is it justified to add pollution here?

The numbers tell a different story

The residents and the environmentalists have raised a red flag over TANGEDCO’s proposed new project. They have questioned the draft environmental impact assessment (EIA) report prepared by Ramky Enviro Engineers Ltd.

We have a strong suspicion that they have manipulated the air quality data. The EIA data shows that the air quality in Ennore is far better than the cleanest and the poshest locality in Chennai, which is not true. If Poes Garden and Boat Club have recorded the air quality index of an average 101 and 104.3 μg/m3, how is it possible for the Ennore-Manali cluster to record a narrow range of 19 to 36 μg/m3?

The new super critical plant’s draft EIA reports have underplayed the pollution levels in the city. The report claimed that 216 air samples, taken from nine localities between July to September 2015, reportedly had a PM 2.5 variability of only 19.3 to 36.8 μg/m3, just under the permissible national annual standard of 40 μg/m3. While data published by the Central Pollution Control Board for three monitoring stations in Chennai for the same duration recorded a wide range of 12.91to 1120.54 μg/m3, exceeding permissible limits.

Twenty years ago, three entire villages around Ennore were making a comfortable living by fishing full time in the creek. Nityananda says,

The economy supported by the river is massive and cannot be supported by any industry. Today about three-fourth of the fisherfolk are impoverished. Earlier people had a decent existence and had access to good nutrition because the fish caught was of good quality and quantity. Hence, the families were healthy.

At present, the villagers are able to fish only for a week or 10 days a month. The creek, which was once known for its abundant prawn, crab and fish, now sustains very little aquatic life. The fishermen have to depend on odd jobs around the industrial area for their wages. This presence of ‘extra’ workforce has also led to exploitation— they are underpaid and are made to work in hazardous conditions.

India witnessed 25 fatalities in 2017 due to coal mining.

In Ennore creek, the high level of pollutants has rendered the air toxic. Also, a Kabbadi coach, Srinivasan says that he has witnessed the reduction of stamina in children. The villagers have also fallen prey to health hazards such as common cold, throat infections, and other respiratory diseases. The lack of government run-primary health centres within the region pushes the villagers to seek treatment from private doctors and healthcare system only as a last resort.

“There should be an immediate intervention from the government to ensure that there is proper affordable accessible health infrastructure in place while simultaneously trying to ensure that the industries in that area comply with the environment standard given to them.”

TANGEDCO stated that a new coal based thermal power project is required to mitigate the power deficit. However, the state’s demand has already been met with the existing power plants. The 2016 Central Electricity Authority reported that Tamil Nadu had a power deficit of just 0.7 percent which can be offset by buying power or installing renewable energy.

Ennore is an exception to the rule that India is trying to set right now. There is no need for this coal power plant to be opened and if there is an energy requirement, it can be met through renewables. Any energy source which adds to the pollution is not advisable.

Further, the government policies are geared towards renewable energy and the draft national electricity plan stated that, no coal based capacity addition is required for the period 2017-22. The cost of solar energy has been falling rapidly in the last two years. Currently, per unit cost stands Rs 2.62 lower than the National Thermal Power Corporation, the largest power producer in India.

The government of India has envisaged the total renewable energy generation capacity at 175 GW by 2022. Piyush Goyal, Union Minister for Power, Coal, New, and Renewable Energy Resources and Mines, said,

"Doubling of solar park capacity demonstrates India’s commitment to a better future for the next generation and to fight the adverse effects of climate change."

Sundarajan, of Poovulagin Nanbargal, a local NGO, has closely monitored the effects of power plants. He says,

Smoke that emanates from the plant is one of the main reasons for climate change. And the ashes which are a result of the smoke contain a lot of mercury which is not safe for human beings. Thermal production also requires a lot of water. Hence, these thermal plants are not favouring the environment or the humans. The only solution is finding a policy which is neither thermal nor nuclear.

The existing power plants and industries must be made to respect the fact that water bodies are more important than the industries. The damage is already done; the fly ash is dumped into the creek and wet lands. All that has to be removed and the wetlands have to be restored to their original condition.

As an immediate step, the government needs to ensure that the current plants follow the present law stringently.