Good health in your street-corner: Do Delhi's Mohalla Clinics hold out a promise? 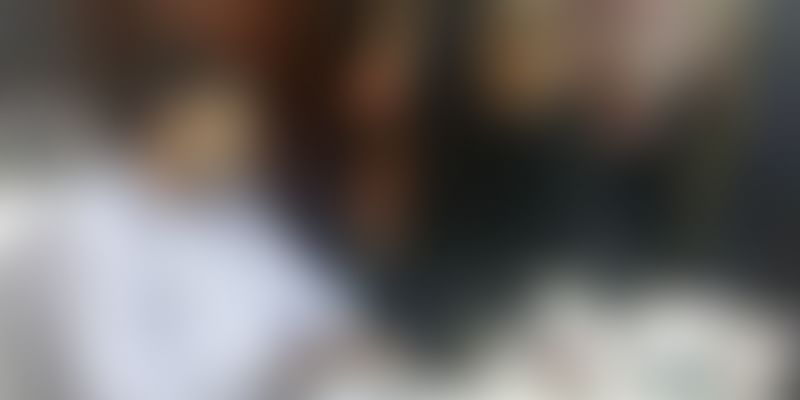 Health care in India wipes out savings and pushes families into deep debt even for one episode of illness, particularly crushing low-income groups.

Ratnamma, the domestic help and my precious affectionate resource at home in Bengaluru, didn't turn up at 7 am sharp the way she does every morning. In the next fifteen minutes, sure enough, I got a call from her daughter Shweta. "We admitted mother to the hospital last evening for low BP after she kept throwing up," she said. Four days later, when Ratnamma was back at work, she told me over tea we sipped together, how just that two-day stay, “some drips, glucose” a few medicines and scans had landed them a Rs 35000-bill. A neighbour's brother had lent them immediate help besides the 'cheeti' (chit-fund) money she had saved over the year, to be repaid over the next eight months with interest.

This in a family that barely earns a sum of Rs 8000 a month between the mother and the two girls. "Courtu, aaspatri - illi hodhre sathh hange ankoli, akka," she said with a wry smile, that in Kannada means, "Once you step into the courts or a hospital, you might as well die!”

Health care in India wipes out savings and pushes families into deep debt even for one episode of illness, particularly crushing low-income groups. Government hospitals as well as those run by ESI (Employee State Insurance) corporations have such a deficit of confidence among those who they are meant to serve that people do not go there for emergencies despite the promise of free medicines and health care.

Besides, unlike in the United States or other countries in the west, India doesn't have a national health insurance system for its citizens, throwing most of the citizens at the mercy of the dominant health care provider: the private sector. Even those insured, for instance by their employers, are reimbursed only the hospitalisation charges—not those incurred for consultation or medication.

According to the National Family Health Survey-3, for over 70 percent of urban households, the private medical sector is their primary source of health care, a number that's only marginally different for households in rural areas (60 percent). Maternal health care and undernutrition among children, huge challenges for India and its future citizenry, do not even show up as a priority; huge monies earmarked for this via government schemes barely reach the intended beneficiaries.

The government's own statistics are evidence— The National Urban Health Mission in 2013, in its framework-setting document, put out data by the government's other arm, the Ministry of Health and Family Welfare quoting that among the urban poor, a staggering 71.4 percent people are anaemic.

Is Delhi-mohalla clinic a game changer?

Cynicism for any government-run institution runs deep, and it is seemingly legit.

It is in this context that a friend of mine, who when knew that I was headed to Delhi for work a few days back, suggested that I visit a 'mohalla clinic' that the Aam Aadmi Party runs, and see it for its own worth.

Sitting 3000 km away from the Capital, I had this far only heard of the concept. Mohalla meaning 'locality' in Hindi, these clinics were set up to offer free health care and, more importantly, free diagnostic services. However, with the current political winds, the clinics were pushed to the backburner of any discussion or critical review.

On the day, I decided to visit before my return to Bengaluru. I took along a friend, a Delhiite and an independent journalist Vishal Arora to one such clinic near Batla House of New Delhi's Okhla locality; so that we could film what we saw and share with you.

This clip captures it all; here is what we saw that morning at a mohalla clinic.

The Aam Aadmi Party, whose young policy researcher Anurag Kundu we met at the clinic, said his team had maintained records and tabulated statistics that show that 31 lakh patients have already availed the services at one or the other 158 mohalla clinics across the national capital. There are, in all, 212 free diagnostics tests available for the sick, including common blood tests, and those to check for dengue malaria and diseases which arise from contaminated water and air.

“Pata nahi (no clue). Only seen it on tv, nowhere near us,” he had remarked.

Another woman, who was sitting outside a dargah at the end of the stretch, was similarly unaware. Perhaps the AAP’s stated plan to increase the Mohalla clinic cover to 1,000 may take them into the health care fold.

Anurag, who is a computer engineer, has given up his cushy job to work in the areas of policy research on education and health care. He is member of the team that works closely with Education Reforms of the Delhi Government.

As you can see in the video clip, from the facilities and inventory and the response of the visitors at the clinic to my questions, it does seem to us a good initiative. However, the fact that a scheme that is seemingly giving many Delhiites a respite from crushing medical expenses, did not actually translate into votes and led to a wipeout in the recent MCD civic polls is a mystery.

I ask Anurag that and he laughs, "True, there are things which we are yet to learn."