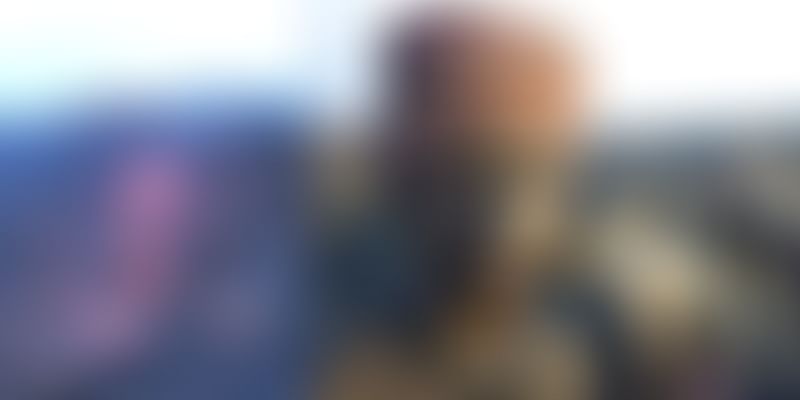 Jharia coal field has been burning underground for over a hundred years, as residents living across 250 sqkm sit on a ticking time bomb.

Ten-year-old Rahim had accompanied his father Babloo Khan for a cup of tea. Babloo, a mechanic by profession, asked his son to proceed towards their garage as he and the tea seller were winding up a conversation. As Rahim strolled home, there was an explosion.

Locals recall how an immense chasm was created in the middle of the road, engulfing Rahim. Babloo leaped to save his son, but was almost immediately consumed by the earth sliding beneath his feet. Both the father and son were declared dead, as their bodies were never recovered from the 100-feet deep trench with flames underneath.

The incident took place on May 24, at Jharia’s Phularibag More. Jharia, situated in the Dhanbad district, is one of Jharkhand’s largest towns. Lying within one of India’s largest coal reserves, the Jharia coal field has been burning uninhibitedly for over 100 years. The town and nearby villages sit on top of an active volcano, awaiting an uncertain future.

“The ground is so hot at places, that walking even in shoes is near impossible. Almost everyone here is ill. Authorities ask the villagers to leave their homes and go. But most people fear loss of livelihood, and hence continue to stay,” Mohammad Nasim Ansari, a resident of Bhulan Bararee, a nearby village, tells us.

Jharia is source of high quality coal in India, an important ingredient of India’s growth story. Coal supports the iron and steel industry, which, along with its subsidiary industries, thrive in the Jharkhand-Bengal-Chhattisgarh region. A good number of India’s trains, until early 90s, depended on coal to produce that sweet whistle and chugging sound.

Even today, over 65 percent of India’s power supply is generated from coal. Mining of coal in Jharia started in 1894, and has increased ever since. Today, Jharia is home to two large underground and nine large open cast mines.

The first fire in Jharia mines was reported in 1916. It is not exactly known how the fire started. “Coal fires can be caused by lightening, forest fires, human accidents, and improper shutting down of old mines; and are common across the world. The fire in Jharia started when the mines were owned by private businessmen who exploited local labour and cared little about the miners’ safety,” says Ashish Thakur, a mining engineer who has lived in the area and has, over the years, developed keen interest in studying coal mine fires.

India’s coal mines were nationalized in 1971, when 70 fires were discovered. Forty-six years into the formation of Bharat Coking Coal Limited (BCCL), however, the fires raging underneath Jharia have only worsened, resulting in one of the world’s oldest and most widespread mine fires today.

Jharia coal mine is spread across an area of 450 sqkm with nearly 5 lakh lives depending on the region. At Jharia and nearby regions, fire continues to devour the underground at 67 different areas. In many places, coal continues to burn at temperatures up to 700 degrees centigrade, a few metres below the earth’s surface, defying all human efforts to extinguish it.

Coal, by its nature, catches fire very easily and continues to burn until the fuel or the oxygen supply is cut, or the temperature needed to sustain the fire is brought down. “This is how Nitrogen extinguishes fire. It is very cold,” Ashish says. Filling of sand, water, removing burning coal from the fire’s path using bulldozers have been proven to be useful to some extent at Jharia. But the scale of the underground fire here is staggering.

“Coal fires are notoriously difficult to kill. There are thousands of active coal mine fires looming across the world,” Saurav Kumar, Assistant Mining Manager at BCCL says. Add to this the effects of global warming, changing wind patterns, earthquakes, shifting of tectonic plates, and the menace of illegal mining accompanied with state apathy and corruption; the situation continues to get worse. According to BCCL estimates, the fires have already devoured about 37 million tonnes of coal. Another two billion tonnes of coal has become inaccessible, resulting in losses worth $220 billion.

We asked Suvankar Bain to give us the miner’s perspective on the situation. Suvankar currently works as an assistant manager (mining) at the Calcutta Electric Supply Corporation (CESC) Limited in the nearby town of Asansol, West Bengal. Recalling his days of working at the mines of Jharia, he tells us,

“Jharia is the only mine where you get coking coal, which is highly inflammable in nature. There is coal everywhere. When engineers and professionals mine it, they follow several procedures of safe mining. When locals mine coal illegally, all they need to do is dig a hole in the ground. This can be attained by simply blasting earth‘s surface using gunpowder or dynamite.”

Saurav adds, “A BCCL miner will use all safety equipment. An illegal miner, on the other hand, is most likely to use a candle or a fire lantern while entering the mines.” These mines, often filled with inflammable gases, are most likely to catch fire, further worsening the situation.

The underground fire has contaminated the soil, water, and air in Jharia and nearby areas. Trees and vegetation are dying in most places of this arid dystopian landscape. Poisonous gases such as sulfur dioxide, carbon monoxide, and arsenic are released into the atmosphere in the form of smoke that the ground emits at all times.

“The land caves in. Roads are not permanent in areas near Jharia”, says Vishal Kumar Goswami, a resident of Gomea in Bokaro district, who lived near Jharia all his childhood until recently. The caving in of the landscape poses serious threat to transportation, especially railways in the region. “The Dhanbad-Patherdih rail line was closed down in 2007. The stations are now abandoned. Land subsidence is a serious threat in many regions,” he adds.

The Dhanbad-Chandrapura and Adra-Gomoh lines fall within the affected region and face imminent threat. The 41 km-long railway track connecting Dhanbad with Chandrapura was declared unsafe in 2005. However, neither trains nor the miners have stopped operation in the region. While an alternate route is yet to be built, the track continues to handle a load of 37 pairs of daily train services even today.

“Shutting down the track without alternate plans will throw a vast section of local population into severe crisis. Without livelihood and proper rehabilitation, their situation is a complete mess”, Vishal adds.

Jharia is just seven kilometres away from Dhanbad, Jharkhand’s second largest town. The town, despite its banes, feeds an entire population. “The root to the problem is economic. Jharia’s wholesale market is the backbone of Dhanbad,” Saurav tells us.

More than a thousand homes have been built by BCCL in their land to rehabilitate the population affected in the coal bearing areas. Locals, however, continue to remain suspicious of the authorities, who, in the past, have done little to help them.

BCCL has taken many actions to rehabilitate the population. “We built a township with school, provided housing, electricity and water supply at Belgaria. But since the township is nearly twenty kilometres from Dhanbad, no one wants to settle there,” Saurav adds.

Many residents of Jharia, defeated by the situation, have started settling in nearby places. Still others are shifting in flats built by the Jharia Rehabilitation and Development Authority (JRDA) away from the fire prone areas, but the process of rehabilitation is slow. Proving livelihood to the population remains a major hurdle.

“Our demand from the government is immediate rehabilitation of the residents who live in the danger zone, and provide them with government jobs,” says Pramod Kumar Matro, social activist and MLA Representative of Tundi. Pramod is also the secretary of Chhatra Neta Kendra, a youth organisation working for the rights of people residing in Jharia and nearby area.

“Imagine living in the constant fear the residents of Jharia live in. Over the years, the fire has only spread. We don’t know the length and breadth of the fire. We keep hearing reports of fire in newer places. Jharia is going to fall. It’s only a matter of time,” he adds.