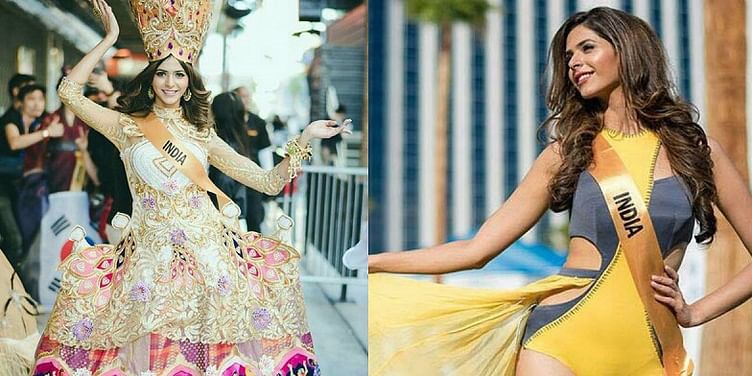 Lucknow girl Pankhuri Gidwani, who was the second runner-up of the beauty pageant Femina Miss India, has scored 97.25 percent in the ISC examination, 2017. The results that were declared on Monday, put the 19-year-old in the spotlight all over again after her win in the contest. Pankhuri represented India at the Miss Grand International in 2016 and won the 25th position out of the 80 countries which participated. She also won the INIFD Miss Talented at the contest.

A student of La Martiniere Girls College, Lucknow, Pankhuri could not appear in the board examination in 2016 because of her participation in another international pageant.

The young girl expressed her happiness on her social media network,

97.25 percent it is. So there is something I would like all my friends and followers to know. I had missed my board examinations for participating in Miss India (at 18) and after winning Miss India second Runners up, I had to train for Miss Grand International and received 25th position out of 80 countries. It was tough to adjust to studies again after a year of glamour. I put my all into it, and this is the result I came forth with.

So all the people out there who think that something they want is impossible to accomplish, whether it is academics, your dreams or the love you want, you can achieve it all, just have the grit, determination and a true heart to pursue it.

It was good on her part that she came back from the contest to take the examination and finished her secondary education with good marks. This will add a new feather to her modelling career.

The young model who is already being approached for several shows and TV campaigns wishes to complete her education before entering the Industry, said an Indiatimes report. Pankhuri’s father, Deepak spoke to the media and expressed his joy as well,

It’s so overwhelming! Wishes are pouring in from all quarters. It has been a thrilling journey for my daughter. It was important on her part to strike a balance between academics and her modelling career. She has scored 99 in history and wants to study performing arts or do a bachelor’s in Mass Media from Mumbai.