Over 1 lakh underprivileged youngsters have dared to foray into professional sports, thanks to this NGO 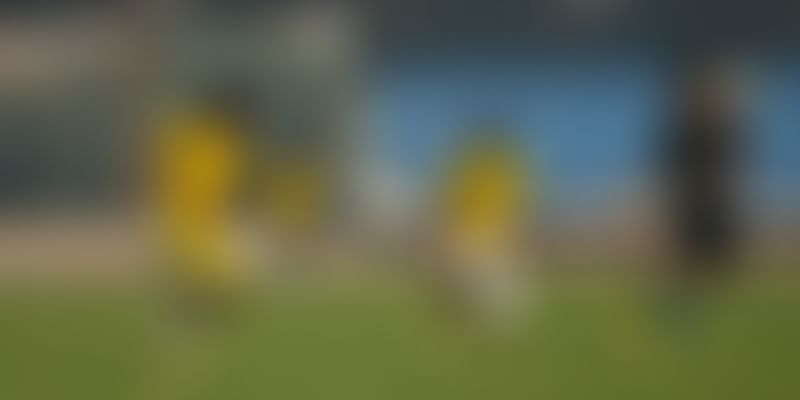 Stairs provides a platform where youngsters from disadvantaged sections of the society get a chance to showcase their talent in sports and foster it as a mean of livelihood.

Right from a very young age, Siddhartha Upadhyay, Founder of Stairs, knew and understood the importance of sports in a person’s life. He knew the role it played in fostering a child’s life by giving them direction and imparting them with team spirit and discipline.

With this belief, Siddhartha went ahead and started Stairs to empower the youth by encouraging them to recognise their abilities through sports as a medium.

It was the year 2000 when the idea of Stairs took shape in Siddhartha’s mind. He recalls,

I was merely 20 at the time. Back in the day, the importance of sports in a child’s education was lost, and I found that everyone around me was glued to the TV instead. Thankfully, I was active in sports and could see the person it had shaped me into.

Siddhartha believes that youth is a stage of life which is pervaded by a strong will, qualitative imagination, and the vigour of emotions. When put together and channelled in the right direction, this can lead to the realisation of desired goals.

And so, he wanted every kid to have the opportunity to realise for themselves what they are capable of; he knew that sports is an excellent medium to do so. “I understood that sports by itself is a life curriculum,” says the 38-year-old.

“As the name Stairs suggests, we are a path that leads to the empowerment of youth, progressing a little at every rung,” says Siddhartha.

Siddhartha is a recipient of the prestigious Rashtriya Khel Protsahan Puruskar. He has also represented the organisation in Steering Committee for FIFA U-17 World Cup, BRICS U-17 Tournament, Mission XI Million Programme, and a programme of Subroto Mukherjee Sports Education Society, formed by Ministry of Youth Affairs and Sports. Recently, he was appointed to the governing body of Sports Authority of India.

Stairs provides a platform where youngsters from disadvantaged sections of the society get a chance to showcase their talent in sports and foster it as a mean of livelihood. As part of the process, the children are also taught character and personality building.

Stairs has followed a strategy of involving communities around it to support its programmes. The organisation identifies underprivileged youth through local community leaders who are identified and chosen based on their involvement with the organisation’s regular work.

Siddhartha set up the first centre in 2005 with the launch of the Khelo Delhi programme, where football, volleyball, cricket, and Sepak Takraw were played as part of the programme. The very programme is now the Uflex Khelo Dilli.

The next step was to set up counselling and talent identification camps to understand the community, where the coaching camps help to further enhance the talent of these students and also help in understanding their abilities and interests.

Stairs takes up the responsibility of organising tournaments to provide opportunity for the youth to showcase their talent and facilitate their selection into teams.

Stairs runs initiatives in collaboration with organisations that share similar objectives, for instance Uflex Khelo Dilli is a philanthropic endeavour jointly undertaken by Stairs and Uflex, India’s largest flexible packaging company. The aim of the programme is to provide space, infrastructure, and sports equipment free of cost to the less fortunate children. More than 5,000 children across Delhi are regularly playing at 29 Uflex Stairs centres, which have been established near the colonies where these children reside. Football for Change is a part of this programme.

The format of this programme has now reached all India with over 300,000 kids enrolled across seven states and 7,000 villages.

Stairs is reaching out to the most remote areas of rural India and making its presence felt. Stairs has set up 15 centres covering more than 100 villages of Himachal Pradesh. Volleyball, Football, Hockey, Kabaddi, Basketball, and Handball are played at these centres. Una is the hub of the programme. Around 250 centres are being set up in the state of Haryana, where children will be introduced to cricket, kabaddi, hockey, and football at various stages.

In 2013, Stairs began its chapter in Uttar Pradesh, where it has opened four sports centres at Chak Chintamani, Pipra Khurd, Harpur Mafee, and Pakariyaar Bazar Kushinagar in Kushinagar. It has also opened cricket academies for differently abled children in Kushinagar.

More than 1,50,000 youngsters are playing in the centres of Stairs, across the country. Of these, 50,000 were added in 2013 alone. Stairs has produced nearly 200 national level players. Uflex Khelo Dilli, which was started in 2011, has impacted the people positively especially the youth. Around 15,000 underprivileged youth are regularly playing at 29 Uflex Stairs centres in Delhi.

Four players of Sepak Takraw game, registered with Uflex Khelo Dilli programme, were selected for the second and final camp of the game at the Asian Games, 2014.

In June 2014, Stairs organised the Interstate National Volleyball Cup which saw a participation of 48 players from Himachal Pradesh, Haryana, Uttar Pradesh, and Delhi.

Stairs is now planning to set up centres in Odisha where football and hockey will be played in the first phase, and kho kho, kabaddi, cricket, and sepak takraw will be introduced in the second phase. Judging by its progress and expansion, Stairs could take Indian athletes to great heights.