Meet Arvind Mallik: India’s first professor to use VR in his classes 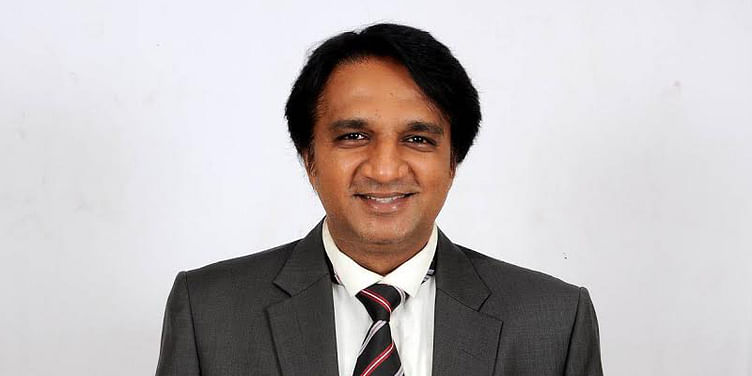 (Here we don't talk about new ideas or about new inventions! We only talk about getting good grades, or a good job in the USA. We don't gain any knowledge here, Sir. They only teach us how to get good grades.)

These lines from the famous 2009 Bollywood hit 3 Idiots are an apt reflection of the teaching methods used in a majority of classrooms across India. The current Indian education system, no matter how thorough, does over-emphasise on the importance of marks, while the practical aspect of learning often takes a backseat.

But that’s not how things work in the classroom of D.M Arvind Mallik, an Assistant Professor at the PES Institute of Technology and Management (PESITM). This professor and inventor from Shivamogga district in Karnataka, is innovating and implementing advanced teaching methods in his classes that go just beyond bookish knowledge.

Which is why he is the winner of this month’s Tissot’s Signature Innovator’s Club challenge.

Mallik spent the first half of his childhood in a quiet town called Tarikere in Chikamagaluru district, where he studied till the 5th grade. He then moved to Shivamogga where he completed his high school and B.E. He then went on to do an MBA from Manipal University.

He believes that the digital era should be an impetus for teachers to up their teaching quotient. He says, “We have to forget how we were taught in the past. We are living in the age of communication and teaching millennials who will form our future audience. So our education system definitely needs a 360 degree turn and revaluation. If we want effective teaching, we need to inculcate new teaching methods that fit well in the 21st century.”

When Mallik started teaching the MBA students at PESITM in 2011 , he experimented with the concept of ‘flipped classrooms’ - a teaching model in which students learn content online by watching videos and pre-recorded lectures, and do their homework and other project discussions when they’re in class. He explains that the interaction between a teacher and his or her students is more personalised under this methodology, and it brings in more engagement for the students with greater guidance from the teachers, instead of typical classroom lectures.

YouTube is a key teaching aid. Mallik uploads discussions and lectures on the channel, and students are expected to go through these before turning up for class. He does clarify that no technology can be an alternative for face-to-face interaction. Mallik also incorporates mind maps - diagrams used to visually organise information – and aspects of social media and personalised videos in his teaching methodology.

Arvind says, “The education industry is getting dragged down by those who don’t want to move even one step away from their current direction, forget taking a larger leap.” But even though Mallik finds himself constrained by conservational educational methods, there is nothing that’ll stop him from innovating his teaching methods.

He introduced design teaching, a methodology that involves a lot of empathising and experimenting. The concept forces students to keep their minds open, and try out several ideas early in the process before they let their emotions get invested in just one idea. Learning happens throughout the process, from the early research phase to the final presentation. This allows students and teachers alike to focus on what’s most important in learning - the process, rather than the product.

Mallik also went a step further bringing in virtual reality into his classroom. “Although several universities are trying to implement Virtual Reality (VR), nobody had taken it up as a subject in academics. If VR has to be implemented inside the classroom as a subject, then there is a need to change the curriculum. We have gradually grown from blackboard to VR. We hope to take it further and even introduce it for other subjects,” he adds.

Innovating on the go

The academician’s tryst with new age teaching through technology, though very enthusiastic, is still bogged down by challenges. While he says his students enjoy the experience, Mallik finds it difficult to reconcile his methods with the larger system that is still stuck in the domain of textbook knowledge and the value of grades.

Merely using technology may not significantly improve educational outcomes. However, systematic experiments are a good way to rehaul some of the old teaching methods which have become irrelevant in the world we live in today. For instance, Mallik has even started offering a management course using WhatsApp.

His efforts to revamp education in keeping with the times have been recognised and validated several times. Mallik has won five national awards, three international awards and has five new world records for his teaching experiments in MBA. He was named the Best Assistant Professor in Karnataka at the Asia Education Summit and Awards held earlier this year. His name is in the India Book of Records for the First Use of VR in Academics. He has also been conferred with the title of Emerging Educationalist of the Year by the Brands Academy.

Mallik is steadfast in his mission to unshackle education from inefficiencies, and appreciates the positive response to his methods. He says, “The teaching world is a difficult one. They should really revisit the way teachers are treated. On the other hand, there are companies like Tissot who are encouraging me. It feels good to be appreciated.”