Voices of women have to matter, we have a long battle ahead: 'Lipstick Under My Burkha' director Alankrita Shrivastava 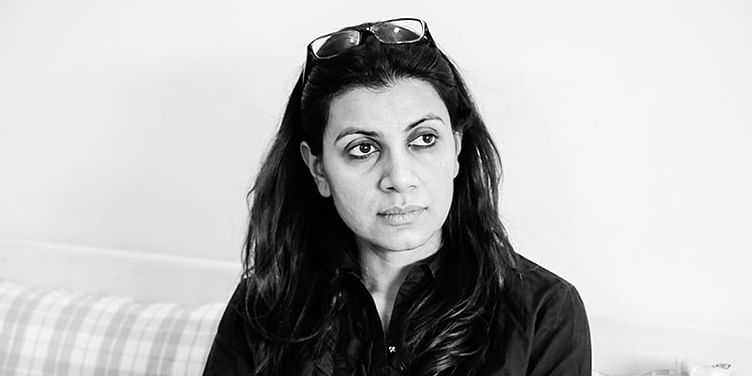 When public opinion and censorship clash, it is the story of four women — their desires, hidden fantasies, their love, triumphs, highs and lows — that wins. The 'aam aurat’s' support has helped Lipstick Under My Burkha see the light of day. The movie releases in theatres today.

Four months ago, Lipstick Under My Burkha, a movie that seeks to to capture the inherent and internal voices and desires that women battle and suppress because they are conditioned to their voices being silenced, was refused certification by the Central Board of Film Certification. Their alibi: "The story is lady oriented, their fantasy above life. There are contagious [sic] sexual scenes, abusive words, audio pornography and a bit sensitive touch about one particular section of society.”

While she was expecting a cut here and a snip there, never in her worst nightmare had director Alankrita Srivastava thought that her artistic creativity would be silenced so unilaterally. Especially since the decision came a full four months after the first trailer of the film had been released and after the movie had premiered at the Tokyo and Mumbai film festivals, where it won the Spirit of Asia Prize and the Oxfam Award for Best Film on Gender Equality, respectively.

In an exclusive chat with HerStory, Alankrita talked about her love for movies, how public opinion and the fight to have the movie released in India taught major her life lessons, and why women and movies on women still have a long way to go before they become a part of the mainstream.

Bitten by the movie bug early on

While at Welhams, a girl's boarding school in Dehradun, Alankrita saw a movie made by her seniors as part of their audio/video class. “When I saw it for the first time, I thought I would make one too when I moved to the senior class. From there on, I wanted to tell stories using the audio visual medium.”

As a child, she has lived and travelled across Bihar since both her parents were working there for many years till they finally moved to Delhi. While her father hails from Bihar, her mother’s family are Punjabi Pathans who moved to India after the Partition. It is through her mother that Alankrita met renowned film maker Prakash Jha, also from Bihar, who is mostly known for his socio-political films.

Alankrita completed her Bachelor's degree in Journalism from Lady Sriram College in Delhi and then went on to pursue a Master’s in Mass Communication from Jamia University, also in Delhi. Even before she completed her Master's, she began working with Prakash Jha in 2003. Over the years, she has worked with him on multiple projects such as Gangaajal, Apaharan, Dil Dosti, Khoya Khoya Chand, Rajneeti and finally made her debut as a director with Turning 30 in 2011. The movie is about the female protagonist Naina who, just before her 30th birthday, grapples with a career crisis and heartbreak.

Alankrita feels Jha has encouraged her through the years to have her own voice “in terms of the kind of stories I want to tell and the way I want to tell them. He has not told me how the story or character should be and never expected me to toe that line. He has encouraged me to have belief and conviction in my own idea.”

'Lipstick Under My Burkha'

Alankrita's belief and conviction came in handy when she had to battle it out to have her movie certified. While making the movie itself, she had never anticipated that things would unfold in such a manner.

Interestingly, after her debut movie, she took a break, made a documentary on Bihar, travelling across the state and visiting some of the places she had been to as a child. It was while working on another movie that she wrote the script of Lipstick Under My Burkha and sent it to the NFDC Film Bazaar Screenwriters' Lab. To her delight, the script was selected and she was able to work on it further under the guidance of an excellent mentor, Urvi Juvekar. However, her focus was still on the other movie that she was working on at the time. When that one didn’t work out, she picked up Lipstick Under My Burkha once more. The film took a few years to make. While she was working on the film, she did marketing for a few films and a few workshops to earn money.

The actors of the movie have been my strength. The film has a strong and warm energy and that is because from actors to technicians everyone has given more to the film than just beyond what the contracts stipulate. The movie has been made with a lot of sensitivity and honesty. Somewhere the intent of the story has been evident; everyone who has worked on it has felt it too.

The title of the movie is metaphoric and is something that simply came to her. However, the idea behind the movie was her belief that women were never fully free. “It was not just external factors holding them back, but the internal conflict of not feeling entitled enough to explore their desires and feelings,” she says.

Since Alankrita had been already travelling to film festivals with the movie, the responses she had received from audiences across the globe made her determined to fight for its release back home. “It was heartening to see people queue up to watch the movie or so many times seeing the 'house full' board whether in Egypt of Stockholm. People felt the movie, despite no understanding of the culture.”

However, it was this overwhelming response from the audience and the power of social media that helped her tackle the unexpected response from the Censor Board. “I did not go (public) with the first letter. It was only after I went to the reviewing committee and when they said that they would not certify the film did I decide to go public.”

Alankrita shares how she was feeling when she heard the decision of the review committee:

I had a very strange set of emotions running through me. It was a wake-up call for me as I realised that women in India aren’t as free to express themselves as we imagine ourselves to be. There is a hypocrisy ruling the roost for there is enough sexual content in Indian cinema which is created and moulded by the male gaze and it serves the purpose of male gaze and fulfillment. I felt responsible not just for the film but about the freedom of expression for women in India. The movie was made for public consumption and therefore, I decided to go to the public when the board turned me down.

Alankrita had not understood the power of social media till recently when she saw how the public, and especially women, leveraged it to speak about the movie, about freedom of expression and just to extend support to Lipstick Under My Burkha. “It was such a revelation. I think it’s such a great way of connecting people across the globe. I have never felt so connected before.”

According to Alankrita, all women filmmakers don’t consciously bring female gaze to the table. “It is not enough to have female protagonists in movies. Pink needs an Amitabh Bachchan and Aamir Khan’s character in Dangal is about living his dream. These are steps forward but not disruptive. Disruptive films with women having complete agency or striving for that agency or showing that they don’t have that agency are far few and far between.”

As the movie hits the theatres today, the victory is not a personal one but a very public one since the public especially women can’t stop talking about the movie. However, this is just one one drop in the ocean. She says,

We need many more films made by women. Right now there are 15 to 20 functional filmmakers in Hindi cinema. Until we reach a point when every Friday 50 percent of films are about women and by women we have a very long way to go."

Alankrita does not want to be preachy or deliver a message through the movie. All she wants is that the people who watch the movies for those two hours can feel the journey of the four women -their problems, joys, defeat, hesitations, laughter, and pain. “If people can feel that they know these four women in the movie then as a filmmaker my work will be done.”

The kind of high and low and the censorship the movie has seen, has also changed Alankrita's perspective on multiple things. She has learnt life lessons on the way.

I have really grown as a person. I have realised that perseverance pays off. When you feel like things are not working, just hang in there and things do open up. The movie has taught her to have conviction and the overwhelming public support to have hope.

Patriarchy will rear it head as censorship and while Alankrita and women who believe that their voices matter will have the last laugh but picture abhi baaki hai.