Ankit Buti rejected the great American dream to make the “Indian dream” a reality. His StartupED is an entrepreneurship school and startup incubator that equips and empowers students to build their own companies.

“I am 26 years old, and I aspire to create exponential impact by revolutionising the concept of startup incubation,” says Ankit Buti to me at the onset.

That’s quite an opener. Most people off to such a start, be it when it comes to presentation or life itself, cower under the weight of the lofty expectations they themselves set.

But not Ankit Buti - who found himself in the labs and lanes of Delhi, peaked in the Valley at the epicenter of the IT revolution, only to trace his roots to seek greater actualisation where he began.

Ankit completed his schooling at Delhi Public School, Dwarka, in New Delhi, and believes the seeds for his tech-loving, enterprising nature were sown there. He finished his bachelors with a Computer Science major from Purdue University, another institute he credits for widening his perspective. He then went on to study management at Stanford University Graduate School of Business, in California.

But the hustle bug had bitten when he was as young as 13 years old, when he started working as a freelance graphics designer for education content in high school. He then took up scores of odd jobs, including waiting tables in a food court, being a lab assistant, career counsellor and webmaster for a career service at Purdue University.

Ankit also worked for Qualcomm in California full-time as the youngest senior engineer/project lead in collaboration with IBM for over two years. He then went on to work at a private equity-backed network security company called Pulse Secure to work on BYOD (Bring your own device).

Ankit recounts that throughout these pursuits, at the core, he remained a student of the subject “entrepreneurship”. With the announcement of ‘Startup India/Standup India,’ he thought the demand for high-quality entrepreneurial education in India was definitely going to rise.

“I was really disappointed with the current state of higher education in India, excluding IITs and IIMs. I had my Eureka moment in the shower: Let’s create a startup that imparts startup education to young startups in India. Because, in addition to product innovation, Indian education needs business model innovation to sell to students, teachers, schools and parents,” he recalls.

The decision to give up an extremely high-paying job in California and move to India to pursue the venture was a difficult one, but his resolve to start entrepreneurship education in high schools and colleges in India to create impact overpowered his apprehensions.

From education to incubation

And StartupED, an entrepreneurship school and startup incubator came into being, aiming to be a launchpad that equips and empowers students to build their own companies. The StartupED mentor board constitutes top innovators from Purdue, Stanford, Qualcomm, Google, Facebook and other Silicon Valley biggies.

The startup has come out with an online learning software platform called the E-Book (Entrepreneurship Book), which was launched in January this year and covers related topics and offers a nifty startup tool kit to founders. They have also conducted workshops in person at IITs, IIMs and other top Indian schools on Startup 101.

READ ALSO: 5 incubators and accelerators you should know if you’re an Indian IoT startup

“I saw how kids were missing this as a subject of education. As we went to more and more institutes, we built traction from mere word of mouth and social media engagement. The strategy was to excite the audience and sell the dream of a bright future to young student entrepreneurs,” he says.

StartupED recently reached the milestone of 40,000 student entrepreneurs on their platform.

“We’re aiming for hyper user growth under the hockey stick model without focusing on profits at this point,” Ankit reveals.

His challenges and motivations

The toughest challenge for Ankit personally was to re-learn India after living in the US for a decade, understanding the work culture here and bridging the gap between Silicon Valley and India.

“I believe in the upcoming Indian startup ecosystem, but educating the market is always very challenging for any company. However, the personalised positive feedback and love that we received from young students all over India is inspirational,” he says.

After setting up the organisation in San Francisco in September 2015, StartupED went on to open their Delhi office and website by February 2016. By April 2016, they were 20 events and workshops down; they hit the 30,000 online users mark by June that year. And by April 2017, they were cash-flow positive for the first time.

“We differentiate by innovating in solving incubation problems such as accessibility and aid for startups and founders. We are a San Francisco-based company that started with the Indian education market but now we have grown into a global startup support ecosystem,” Ankit explains.

For startups, by startups

The team is prepping to provide white label solutions to startup incubators, accelerators, entrepreneurship learning schools and founder communities to join their digital platform across the world, in addition to directly working with young student entrepreneurs in India.

The StartupEd factory has also been up to something else lately. They have been developing Founder Tools as a digital startup incubator and will release half a dozen in the next quarter. One of these, set to hit the web next week, is an equity analysis tool that will let founders do the math on stock dilution every time they raise another round of funding, without having to learn financial formulae or seek help from third-party lawyers and accountants.

“On a personal note, there has been a growing sense of patriotism in me to come back to India and help the Indian startup ecosystem. I have only just gotten started,” he signs off. 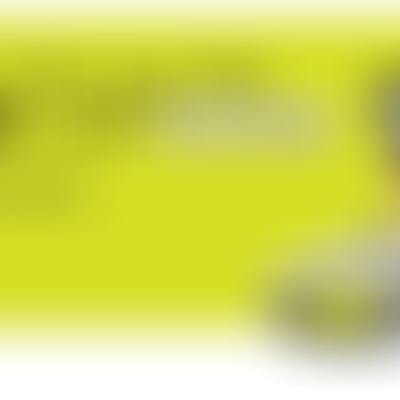