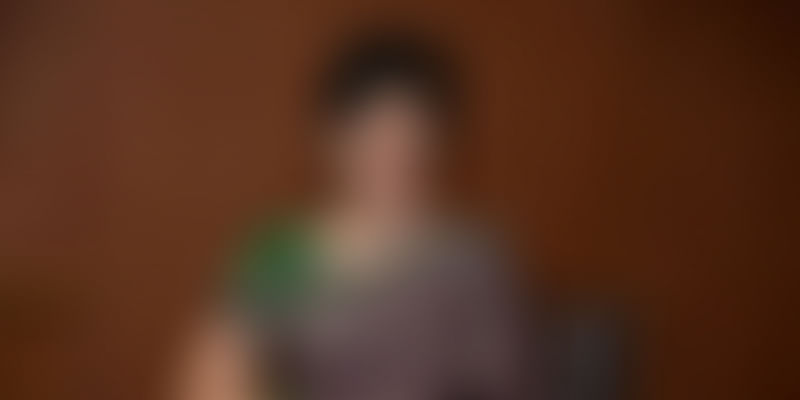 Four years ago, Aparna Prabhudesai was told she would never again walk without support. Last month, the 47-year-old Maharashtrian went on to climb Mount Everest.

Aparna Prabhudesai takes the phrase jumping out of the frying pan into the fire to a whole new level. For a woman who had been told by doctors that she could never walk again without support, climbing Everest seemed like a dream.

“Having spent a couple of months in a wheelchair, I had an option of continuing like this or doing something different,” she says. What had started out as a small fall in her house, became a series of hospital tests resulting in an unexpected diagnosis. Doctors and specialists found her condition inexplicable.

Not wanting to resort to any more medicine or surgery, Aparna took advice from her brother, a doctor himself. He told her to build muscle as it would take pressure off her bone and reduce the pain she had. Gradually she began running and when she ran her first three kilometres, she decided that this was the path she would continue on. On the second trek of her life, she trekked to the Everest base camp in October 2013.

Looking at the sheer scale and beauty of the mountain, she decided to go back and go to the top. The next four years were spent in anticipation of the climb. On May 22 her dream came true.

Aparna started out by creating a funding poll online toward her goal of climbing Mount Everest. At the time, she worked as a global consultant at Bodhivriksh, her own firm. With a wonderful support system she began to gather funds. At that point of time, she didn’t know much about the mountain. A friend introduced her to a man in their running club who hosted a talk about his Everest climb. Aparna told him that she was a trekker who wanted to climb the Everest. Initially, he chuckled at the statement, but told her to research the mountain and study which side she wanted to climb.

The north side was the extension of the Changtse glacier, near which her father had been posted for many years. Since it took her back to her childhood days and the five years of her father's service there, she chose to conquer the north side. She began basic and advance mountaineering. She then began her preparation for the huge task ahead.

As a 47-year old woman, neither age nor gender posed a barrier to Aparna. “I believe in the school of thought that older people are better on the mountains, as you need a certain frame of mind that is calmer or mature. You need to sit endless days and just do nothing. You are not on the internet; you are not connected. How do you charge your various gadgets?” she says.

She believes that while young blood can heal and endure more than older folks, it takes “a certain mental build up” that she says she is blessed with.

Other than the physical challenges, the climb to the Everest requires oodles of mental strength and stamina, especially when you have to witness others' ordeals from close quarters. Even climbing down after accomplishing such a feat can be stressful. “In the dark you are just walking. One step after the other and you can see the entire valley below you. It can faze you quite a bit.”

There were times when she had thoughts of giving up, especially when exhaustion set in. Aparna would ask herself, “Do I really want to do this? I am already at 8,400m, should I go up?” But she stuck on and did not give up, as she remembered the hard work she had put in the past four years just to experience the moment of triumph when she would summit the Everest.

Related read: Climbing Everest once wasn’t cool enough for this Indian—she did it twice in 5 days

While Aparna chased her dream she was unaware of how she was inspiring others.

People she had never met had come up to her or wrote to her. “I have a beautiful community in the group called Pune Running. I began my running journey with them.” They have allowed her to stay positive and rebuild herself within the community. Aparna’s parents have also been wonderfully supportive. “My dad really knows what I am getting into. He has been caught in avalanches and been near the glacier. Yet he didn’t say, 'don’t do this'.” The support has meant a lot to her.

Lessons from her trip

Aparna gave up almost everything to chase this one goal. The only thing she felt she had in her control was her own efforts. Following a rigorous routine during those four years of training, she woke up sometimes as early as 2am to start her regimen. Aparna knew she could accomplish this but believed she had to push herself to gain the ability to persist. Believing in herself with devotion, dedication and discipline is what got her to climb the highest point in the world.

The trip has taught Aparna a whole new way of feeling humility and gratitude. “It’s amazing how small one feels on the mountain. The mountain chose to let me come in. As humans we realise how small we are.”