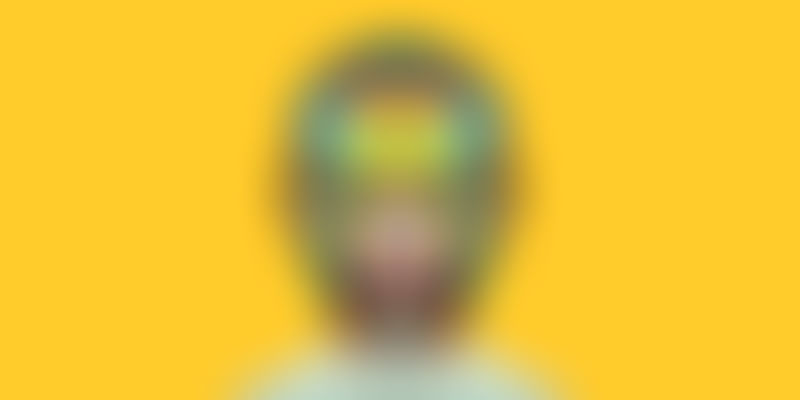 “I want to put a ding in the universe.” -Steve Jobs

Steve Jobs was an enigma. His brilliance and industrious dedication to succeed was never limited to a product or company, he became the icon for transformative technological change. An artist of sort, his constant hunger for perfection, transfigured the way we approach technology and made them everyday affairs. Jobs sought lessons on life from life itself, foremost within the realms of literature, that had a lifelong impact on the kind of work he did and the legacy he managed to inculcate.

Steve Jobs had been a known follower of spirituality, free-thought and art during the cultural revolution of the ‘70s and actively practiced Zen Buddhism. Even after he dropped out of college and began working on Apple, his book-shelf were always lined with works of authors he believed transcended the physical realities of life.

A celebrated bibliophile, here are the books that greatly affected Steve Jobs during his highest and lowest, and which he was known to recommend to those seeking fulfillment in every way.

Orwell’s dystopian masterpiece speaks about an all-encompassing, frightening future where society is controlled, almost excessively, by "The Big Brother". Orwell's depiction of a totalitarian state has an uncanny resemblance to the times we live in, where surveillance has beset our existence. This book, interestingly, became a shaping factor for Jobs, even inspiring the famous Apple "1984" Super Bowl commercial, which preannounced the Macintosh.

Autobiography of a Yogi, by Paramahansa Yogananda

“Live quietly in the moment and see the beauty of all before you. The future will take care of itself...”

While Jobs was an ardent follower of Buddhism, he always maintained a special interest in Hinduism and its idea of spirituality. In high school he came across the autobiography of Paramhansa Yogananda, one of the most celebrated mystics in the world. The yogi wrote about his journey; from his first encounter with a divine spirit to what propelled him to take on an ascetic life to later teach spirituality.

Sitting at the foothills of the Himalayas, Jobs had once said:

“There was a copy of 'Autobiography of a Yogi' in English that a previous traveller had left, and I read it several times, because there was not a lot to do.”

The book's essence was of such magnitude that a copy of it was given to attendees at his 2011 memorial as a "farewell gift".

Inside the Tornado, by Geoffrey A. Moore

“As members of a market, our behavior is invariable: We move as a herd, we mill and mill and mill around, and then all of a sudden we stampede."‘Inside the Tornado’ picks up from Moore’s previous book ‘Crossing the Chasm’, which spoke about the transformation that a tech company experiences after it aims its focus towards the mainstream customer base. The sequel functioned as a road-map for marketers, who help the innovators reach out to the wide-expanse of potential customers for their products or services. According to sources, Apple’s product-release cycle, under Jobs, has often been linked to Moore’s theme of how early adopters can lead to the fast success of technology.

“I have no way and therefore want no eyes

I stumbled when I saw. Full oft 'tis seen

our means secure us, and our mere defects

Jobs was a loyal follower of William Shakespeare, and had often cited his favourite work being ‘King Lear’. While this may seem like an odd choice for the former CEO of Apple, to Daniel Smith, author of ‘How to think like Steve Jobs’, the selection seemed to make obvious sense.

‘King Lear’ offers a vivid depiction of what can go wrong if you lose your grip on your empire. A story surely fascinating to any aspiring CEO," Smith said.

Be here now, by Ram Dass

“If you think you're free, there's no escape possible.”

Divided into four sections, this book speaks about the spiritual awakening experienced by an individual once they accept the principles of yoga- something that had a significant impact on Jobs. He found this piece of literature ‘profound’ and confessed that it had changed the way he looked at life, and had made a real impression on his friends as well.

“I know not all that may be coming, but be it what it will, I'll go to it laughing.”

In Herman Melville’s deeply passionate story about a metaphorical battle between good and evil, Jobs fostered a certain kind of familiarity with the character of Captain Ahab, who everything aside, was one of the most ambitious and hands-on characters in the novel. From its release, in 1891, the book has inspired generations of writers and thinkers alike, as it carries a message of struggle, faith and the stream of consciousness.

The Innovator’s Dilemma, by Clayton Christensen

This critically acclaimed masterpiece by Harvard professor Clayton M. Christensen offers the glaring truth about how sometimes, even if a company is doing everything right, they can still lose their leadership in the market and fade into obscurity. As remittance, Christensen offers suggestions on how companies can avoid this: instead of focusing on ‘disruptive technology’, focus on the ‘next great wave’. In simple terms, the author denoted that companies, due to their conservative and traditionalist approach, often miss out on the 'next big thing' as they fail to embrace dynamic innovations.

Claiming that Apple would never succumb to the same fate, Jobs had once said:

“It’s important that we make this transformation, because of what Clayton Christensen calls “the innovator’s dilemma,” where people who invent something are usually the last ones to see past it, and we certainly don’t want to be left behind.”