Here are some domain names that got companies to break the bank! 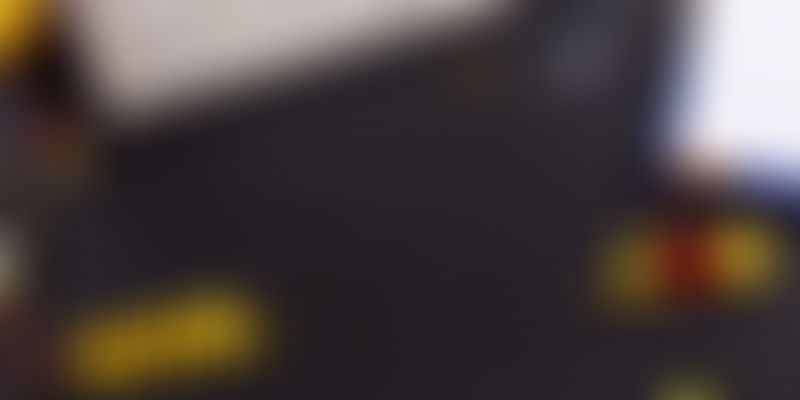 What's in a name! Well if you consider these business enterprises paying lofty millions to acquire domain names, then your guess is as good as mine.

With majority of organizations moving on to the e-commerce platform, what ensued next was a bidding war for domain names. With millions of dollars put on the line, these names pretty much summed up a company's identity in the market and among customers. For any individual who has attempted to create their own website and make it go viral - the struggle to think up the perfect domain name that sums up your business while sounding authentic and catchy, is something you are probably all too familiar with.

On that note, here are a few companies who spent a significant portion of their resources in procuring their now famous domain names.

What you probably didn’t know about the website that you sign in to six times a day, is that it's domain name isn’t original. Fb.com used to be owned by the American Farm Bureau Federation, until 2010 when Mark Zuckerberg bid a lofty amount of $8.5 million for it. Since then, the domain name has become synonymous with Facebook, exclusively.

Hotels.com president, David Roche had bought the domain name for around $11 million back in 2001. While Roche confesses that back then this was thought to be a ‘crazy sum of money’, he now believes it to be an extremely good investment when he looks back now.

“Clearly, the $11 million acquisition was a good decision for the company. I often use the Hotels.com anecdote in business conferences, as it is evidence for how an exact match domain name (EMD) can also be used by a company as a standalone brand,” he had stated in an interview.

Beer.com was initially bought by Andrew Miller and Michael Zapolin for $80,000 back in 1998. Back then, the site was used as a platform for internet users to visit and rate their favourite brews. However, a year later, the domain name was sought and later bought by a company called Interbrew, who bought it from Miller and Zapolin for a whopping $7 million. If the rumour mills are to be believed, Interbrew pledged to pay the whole amount in stock instead of cash, and eventually paid only $2 million out of it. Either way, it was still a significantly heft profit made by the former duo.

Archives indicate that this domain name had been in circulation since the 1990s, and had been in the midst of custody-battles since then. The name was originally registered by Gary Kremen, founder of Match.com, in 1994, according to the Atlantic. Soon after, it was stolen by convicted con Stephen Cohen and it took Kremen five years to recover it. Finally, in 2010, Clover Holdings Ltd. claimed ownership of it at an auction that took place in 2010 for $13 million. Today, the website receives more than 125,000 visitors daily from Germany, US and India on an average.

Due to the not-so-subtle meaning behind this highly sought domain name, the bid for it was sky-rocketing to say the least, back in 2007. After a commendable battle for the ownership of the domain between the contenders, it was finally sold to MXN Limited for more than $9.5 million, as reported by the broker for this transaction - Moniker.com. According to Moniker, this is the largest all-cash transaction of a domain name in history, and the second largest domain sale in total after Sex.com, which sold for about $13 million in cash and stock.

“Porn.com will prove to be a valuable asset for MXN Ltd. because of its significant number of daily visitors and established type-in traffic, in addition to being the top domain in the adult movies industry,” said Monte Cahn, the then CEO of Moniker.

In 2009, this domain name was bought by QuinStreet for about 1.8 million dollars. The purchase of this domain name, along with their acquisition of ‘insure.com’ and ‘carinsurance.com’ is part of the company’s plan to create the largest online advertiser network. The brands associated with the domain name, which are apparently included in this deal are- BlackberryGuide.com, InternetNews.com, DatabaseJournal.com, WebDeveloper.com, JavaScript.com, Developer.com, and others which all function individually within the dominion of Internet.com.

The domain name was bought by Atlanta-based Nations Luxury Transportation, LLC from Don’t Look Media Group for a whopping $30.1 million dollars in 2012. According to its Press Release, the acquisition would help the company increase its global visibility, especially through the private aviation sector and “allow it to begin delivering a proprietary medium for jet charter travel and acquisition”.

According to Nations CEO Kenneth Starnes: “PrivateJet.com is a phenomenal asset and when integrated with our proprietary technology (which allows charter operators to compete directly for your flight), it will help us revolutionize the super luxury segment of private jet transportation.”

Back in 2008, there was a notice doing the rounds regarding the alleged sale of the domain name fund.com. The domain was allegedly sold to a company who has wished anonymity, for a whopping $10 million. However, the whole deal was a tad bit suspicious and after several years of the name being inactive, it is back on the market and is being brokered by Igloo.com - which hopes to sell it at a significant amount.

eBet.com was first registered on the internet back in 1996, by a man named Richard Schwartz for just a hundred bucks. After nearly twenty years, the domain name was finally bought by Network Solutions for $1.35 million. Schwartz has also managed to sell a series of his other domain names to big companies, which has earned him the rightful title of ‘Domain King’.

Despite rumours that the domain name Auction.com had been sold at $2.5 million, it was actually purchased by Real Estate Disposition Corporation for $1.7 million. “I’ve wanted this domain for years and I’m thrilled that we were able to acquire this coveted top level domain,” Robert Friedman, Chairman of REDC had once said. “REDC is without question the number one real estate auctioneer in America and quite likely the world. This is a domain we should have had from the beginning and I’m thrilled we are finally Auction.com.”

Back in 2013, Housin.com - a popular Indian real-estate search portal - bought its current domain name as well as the number 3333333333 for a total of $1 million. According to Advitya Sharma, who spoke to us at the time of this acquisition: “When you talk to people, the '.com' has an effect of authority on people’s psychology. Of course, the SEO value of a '.com' is much greater than what we had.” He also mentioned that it was a long-term investment, whose benefits he believed would pay off eventually.