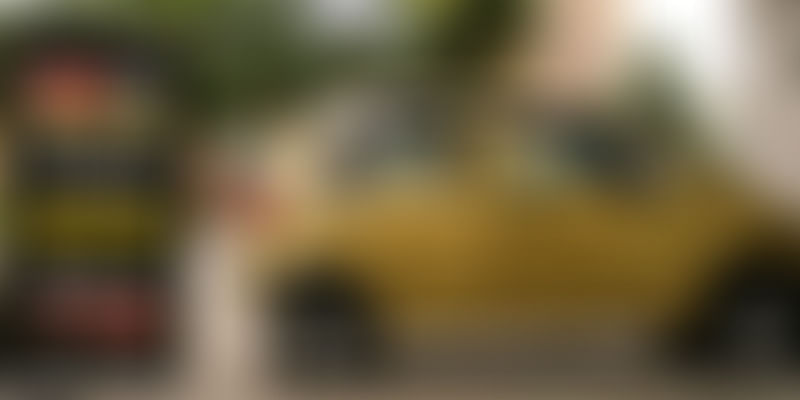 Can Bengaluru’s traffic grids be unlocked so that traffic flows through the city more optimally? Flipkart along with Namma Bengaluru Foundation and Deputy Commissioner Of Traffic Police applied the ‘litmus test’ to techies trying to solve this pain point.

On the evening of July 8, 2017, a solitary car was parked outside Flipkart’s office at Cessna Business Park in Bengaluru. On closer inspection, it turned out that the wheels were actually square instead of round. The immediate thought that came to mind was how poor the mileage of the square-wheeled vehicle would be and what a disaster it would be to even try to travel in it. The vehicle though was a prop for Flipkart’s Gridlock Hackathon, an initiative to tackle Bengaluru’s traffic woes.

Gridlock Hackathon was announced on June 7 as part of the Month of Innovation at Flipkart, which, in turn, is part of its 10-year anniversary celebrations. Positioned as a one-of-a-kind initiative to crowdsource innovative, implementable solutions, Gridlock Hackathon’s vision was to give back to the city where Flipkart was born and where it has achieved its current heights.

While a majority of the entries were from Bengaluru, hundreds of participants from other tier-1, tier-2 and tier-3 cities had also applied. Flipkart said they had received entries from locations like Seattle, Atlanta, Indiana, Syria, Canada, Romania, Bangladesh and Dubai.

Talking about diversity of participants, Utkarsh B, Principal Architect at Flipkart said that apart from techies, there was a significance presence of students from institutions like IIM Ahmedabad, Purdue University, IIT BHU, IIIT Chittoor and AIT Pune, among others.

Being the Principal Architect at Flipkart and well aware of the technical challenges that Flipkart’s own logistics team faces in cities like Bengaluru, Utkarsh said he was happy to see participants using artificial intelligence and machine learning models to design and implement solutions and build prototypes or MVPs.

Eleven teams pitched their solutions on stage to the jury and three were selected based on parameters like impact, feasibility, scalability, sustainability, and completeness. The three teams are:

Their solution for solving Bengaluru's traffic conundrum was "Smart Traffic Signal Switching" based on real-time traffic feeds from Google and Bing MapsVision. The idea was to create a network of self-learning and communicating traffic signal nodes, which will help optimise traffic on the entire network. The team, which consisted of employees from Affine Analytics, said,

The current solution can be applied to any traffic signal, not only in Bengaluru but to all major cities across the globe with minimal effort. If we are able to make the traffic signals self-learning, the optimisation can be maximised.

The team said that their current solution is able to reduce wait times at Silk Board Junction in Bengaluru by an estimated 17 percent.

Positioned as an inverse-Uber model for carpooling, the goal is to reduce inconvenience for the ride-giver and also give ride-seekers a free ride. Founder of by2 Rides, who is a Flipkart employee, said,

Carpooling has never taken off in a big way in India because we unknowingly give driver treatment to anyone who is offering a ride for even a small charge. This problem is not only limited to the users but also to the apps that are built with only the customer in mind, not the service provider.

Based on his personal experience, he noted that in the case of car pooling, money acts as a deterrent. Keeping it free for both parties makes things so much more simple. By2 Rides is built from scratch keeping in mind the ride-giver and not the ride-seeker unlike traditional radio taxi companies.

By2 Rides is currently available on Google Play Store and the founder is working with the Flipkart office to roll this out to Flipsters and employees of other companies in Cessna Business Park. Their goal is roll out the service to corporate offices across Bengaluru and other cities. He said,

Given that it is corporate-only, all ride-givers/seekers are verified and safe. Eventually I want to extend this service to all companies in all tech-parks in Bangalore so that employees from the same tech park (but different companies) can carpool with each other comfortably.

The long-term goal is to achieve product-market fit and stability. The founder aims to monetise the platform through multiple means such as monthly subscriptions and gamification through leaderboards (where leaderboard winners are rewarded).

Developed by 12th grade students, the Road Smoothness Detector is an android app that helps grade roads. The objective of is to detect and locate obstructions on roads such as potholes, humps and other aspects that degrade the road quality.

The app collects this data and represents it on Google Maps. This allows for qualitative analysis of road at almost no price and is a much more efficient means for the authorities to collect data.

The goal is to create a platform suitable for people participation and an efficient means for working with the authorities. The two-member team also noted that the app can be calibrated to be more or less sensitive based on the kind of vehicle one is travelling in, to ensure better accuracy of data.

'Funding is not an issue'

All three winners were invited to work with the Namma Bengaluru Foundation on long-term solutions to Bengaluru’s traffic gridlock problem. Flipkart offered Rs 2,00,000, Rs 1,00,000, and Rs 50,000 in Flipkart gift vouchers to the three winners and also offered office space and technical guidance to the winning teams, based on their needs.

Addressing the gathering, Abhishek Goyal, DCP, Traffic East Division, Bengaluru congratulated Flipkart and all the teams that participated in the hackathon. He hoped that their efforts would translate into something meaningful in the future. He said,

It is easy to suggest and ideate, but as you all know it is hard to implement them on the ground.

Talking about the quality of the pitches, he noted that the participants had covered almost everything under the sun in terms of problems affecting Bengaluru’s traffic. Abhishek added that his team was always open to sharing data and working on experiments or pilots with techies who have solutions to solve Bengaluru’s traffic woes. He also joked that despite the misconceptions, funding is not an issue and the DCP office will be able to provide financial support when needed.

Keeping the innovation engines at full throttle, the Flipkart way