How Indiaplaza’s K Vaitheeswaran turned the tables on failure 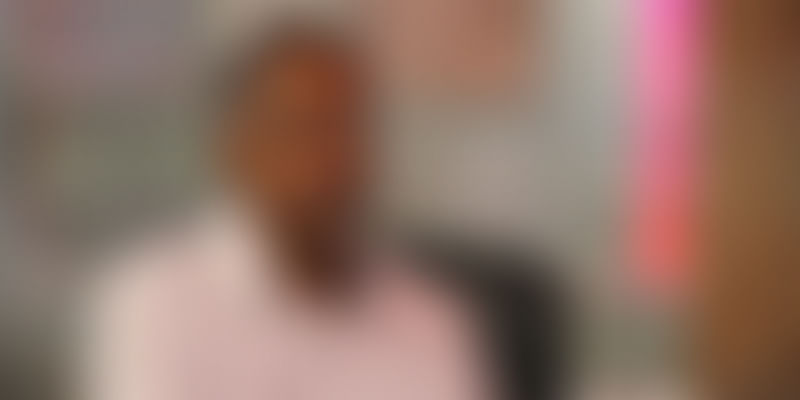 If you think that good guys finish last, you should pick up K Vaitheeswaran’s new book, ‘Failing to Succeed: the story of India’s first e-commerce company,’ to find out how he made his failure his success.

Did you just read the title of the book as ‘failing to succeed’ or ‘failing, to succeed’? It is just a matter of punctuation and the whole meaning of a sentence changes.

In life too, perspective pretty much changes everything.

K Vaitheeswaran or Vaithee (his popular name) could have been the king of e-commerce in India. But he failed.

In a country where we are still working out our relationship with failure, being successful is everything. It is no wonder then that the Indian startup ecosystem too looks at entrepreneurs with this tinted glass.

Standing on the curve of 2017, you will find a heap of failed startups that began with much promise. This is the time of stock-taking. A time to read and write more stories of failure than success.

In that respect, Vaithee has become the most successful story of failure. He has spoken about his failure at numerous startup events and management classes, sharing a story that is against the popular narrative.

Not many entrepreneurs talk about failures, it’s a taboo and hopefully with more coming out, as it were, it will only strengthen the ecosystem.

At a low-key event to mark the book launch this week, Vaithee says people will either agree or disagree with him. “That is not the point,” he says. “It took a lot of courage to tell it. But the world needs to know that behind the glamour and sex appeal of startups there lies a dark truth.”

An early mover in this space, Vaithee was selling books online even before the Bansals, and had already written a few chapters of India’s e-commerce story.

Ironically, Vaithee’s fame comes not from his success of establishing a profitable e-commerce business -- a rare thing to find today and hence the name ‘unicorn’ (just kidding) -- but rather from his big fall.

Despite having raised millions of dollars, and having pioneered a number of firsts, like India’s first online marketplace, PIN-based payment system gateway, the innovative cash-on-delivery (CoD), e-wallets, electronic gift certificates, omnichannel, hyperlocal (“I did not know these jargons then,” he says), among others, Vaithee’s Indiaplaza had to shut down in 2013.

Now in 2017, when the ecosystem is finally looking beyond GMVs and asking questions about profitability, Vaithee’s words almost sound prophetic. “Where I went completely wrong was in assuming that by staying away from the deep-discount game and continuing to focus on building a profitable business, we would be around -- and much stronger -- as and when sanity returns to the e-commerce business. Sanity returned late, but we died early. What really hurt was the way we died?”

Another thing, perhaps, where Vaithee went wrong was his acceptance of a low, single-digit equity.

To many people, including Naganand Doraswamy, Founder, CEO and MD of Ideaspring Capital, who co-launched the book with IIMB Prof P D Jose, it is unfathomable how an entrepreneur could accept a low, single digit equity. “As an investor, I will never invest in a startup where the founder agrees to such a low equity,” he tells Vaithee. Accepting this indicates a lack of commitment on the part of the entrepreneur. He asks, “How could you agree to that?”

“Maybe, I did not understand all this. Or it could have been my middle-class family background,” replies Vaithee, adding,

“But the one-word answer is it was a monumental stupidity on my part.”

Four years later after the dust has settled, Vaithee has been able to salvage some real wisdom from the rubble of his startup journey.

The 200-odd page book, I must admit, reads like a racy thriller, sprinkled with Bollywood dialogues and characters, and his easy wit and humour -- exhibiting an incredible ability to laugh at one’s follies. However, at times falling into the trap of a wronged Raj Kapoor-esque protagonist.

Also read: Has the rise of tech entrepreneurship in India exposed our greed?

Nonetheless, there’s a lot of lessons here that Vaithee’s story throws up -- success teaches us a few things but failure is the core curriculum, as he says.

“I am eagerly looking forward to some of these young people learning from my experiences and going on to build strong, growing and profitable businesses instead of cash-guzzling hobbies, which are forever dependent on foreign capital and plead for government protection from competition,” he writes in the book.

First mover need not be an advantage

“I had the first-mover advantage, but my story ended differently,” Vaithee tells the gathering at the book launch. Surely, if an entrepreneur comes across an idea they should go for it, grab that opportunity. “You should not wait to be the second one. But I have a feeling that the first-mover advantage works better in non-tech areas,” says Vaithee. Technology changes rapidly. “It fundamentally has no emotions. It cannot reward me for being the first mover. In a tech business, one has to continue to innovate,” he adds.

“ ‘Fail fast’ and ‘pivot’ are two phrases I detest the most in the startup lingo,” he writes. “If you open a tea shop, you could fail fast and shut it down after six weeks, and pivot to launching space ships. The astronauts going on the space journeys may need hot cups of tea, so there’s some clear leverage. Obviously, I am exaggerating but you get the point,” he writes. His point being that these are just buzzwords that make no sense, because as an entrepreneur you need to do all the thinking before you start up. Once there, you need to remain with it until the end when it is “impossible to continue any longer.”

Though he does give examples of some successful pivots in the book, the best is the one about the legendary yesteryear singer Kishore Kumar’s ‘pivot’ where he stopped being an actor and focused, instead, only on his singing. The world's all the better for it.

There is a caste system out there for startups and it is not easy to break in, feels Vaithee. “You need to be of a certain background, a certain pedigree to be able to break in,” he claims. According to him, it is very difficult for someone outside this circle to scale a business. Perhaps, a point that is wide open to be contested depending on which side of the success spectrum one is in.

Integrity above all else

What is the most important skill an entrepreneur must possess? “Is it the skill to build a company? Is it academic background or the ability to scale business?” he asks. “All these are important but a matter of detail.” The most important thing, he says, an entrepreneur should possess -- especially when he or she takes someone else’s money -- is to establish an extremely high standard of personal integrity. “This has to be non-negotiable,” he adds.

For Vaithee, his years building India’s first e-commerce company and then trying to stop it from collapsing, and finally failing to do so, changed him at a very fundamental level. “Of course, how I look at people and the world has changed now. But the most important thing was the realisation that it is possible to come out. That despite all the shit around, there is light at the end of the tunnel," he states, adding,

"You have to walk in the darkness long enough to find that light. Sometimes it is a short walk, sometimes a long walk but if you stay at it you will find the light.”

And as an aside, he adds that it also taught him to write a book.

The fact that the book is being sold like hot cakes (with discounts) on the existing hyper-funded e-commerce platforms is what can be called poetic justice.

Also read: Hold with the dirge, the startup song is yet to play out