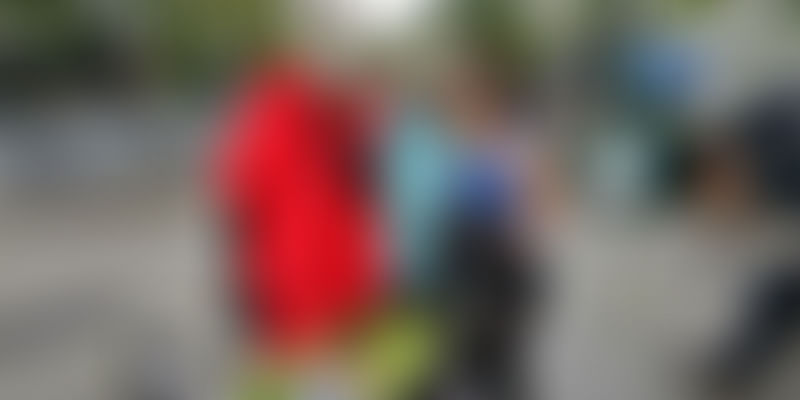 PhotoSparks is a weekly feature from YourStory, with photographs that celebrate the spirit of creativity and innovation. In this pictorial essay, we showcase some of the creative highlights from the annual Montreal International Jazz Festival in Canada (see also my earlier photo essays on the 2015 and 2016 editions of MIJF).

My summer travels this year took me again to Canada for the annual Montreal International Jazz Festival (MIJF), now in its 38th edition. The festival also coincided with the celebrations of Montréal’s 375th Anniversary and 150 years of the formation of Canada.

From June 28 to July 8, the Festival drew a ‘sea of people’ from dozens of countries around the world, with over a hundred artistes featured across two dozen venues. Sponsors this year included TD Bank Group, Rio Tinto, Bell Canada and others. Many of the stage events were free, with separate ticketed programming at indoor venues.

MIJF is one of the largest and longest-running jazz festivals in the world, and effectively shows that festival design is not just about the music lineup and sound systems, but also the overall audience experience. This includes branding, merchandising, immersive entertainment, street performers, art work, and even cartoons.

As this photo essay shows, the performers this year scaled new creative heights – and the audience themselves contributed to the overall festive experience with their own creativity, ranging from T-shirts to amateur performances. So next time you attend you attend or organise an event, ask yourself what unique experiences you had – or what experiences you can co-create!

What’s a good festival without a catchy logo and merchandise? T-shirts, coffee mugs, Rubik cubes, bags, keychains, fridge magnets, and a whole host of other goods ensure that the MIJF brand lives on through a range of souvenirs.

Music and graphic art enjoy a rich synergy, and this image is a delightful reminder of the sensuality of jazz!

The media section of MIJF offers a rich resource of magazines and books about jazz, including cartoons poking fun at some of the sheer intensity of jazz piano.

The MIJF mix also includes mime artistes on stilts and a range of costumes. Perfect for fun and entertainment – and for the selfie generation!

Men and women entertained the audience between stage acts – including on unicycles.

More entertainment between stage acts – this time by a phenomenal juggler.

Concert fans are of all ages, and families were regaled by these fully dressed animal characters.

Back to the stage now – here’s a rarity: someone who blends academia and live performances. Saxophonist Rudresh Mahanthappa fuses Indian music, classical and jazz – and is also Director of Jazz at Princeton University.

Here’s legendary blues guitarist Buddy Guy, who has also performed at the Mahindra Blues Festival in Mumbai. At this MIJF performance, he drew a standing ovation for walking off-stage during the last song and playing among the audience.

Multi-tasking: here’s vocalist Jasmine Colette - who also played bass and percussion at the same time as belting out some classic jazz hits.

Jazz + theatre: this looks like a Star Wars movie set, but beneath the brightly-lit visors are Strobe Nazard (keyboards), Arg Nution (guitar), Company Laser (drums) and Tom Jenkinson (bass). Their band, Shobaleader One, played a brilliant fusion set of electro-funk and free jazz.

Meet guitarist Caleb from Chad in Africa, who also plays electronic music as part of the AfrotroniX project. Their set featured an exciting mix of electronic music, African rhythms and Tuareg blues, bathed in futuristic visuals and headgear.

Washington-based duo Thievery Corporation featured a breath-taking set of downtempo, lounge and dub. The tracks featured Rob Garza and Eric Hilton along with a range of other talented musicians; it included a touch of India, with sitar blended with soaring vocals.

DJs took over many of the night-time slots, such as Montreal’s Speakeasy Electro Swing. The indoor venue L’Astral featured this duo with electronica blended with live saxophone.

The stage is not the only place for performers – many of the bands actually walked around the streets in percussion ensembles, drawing lots of audience interaction and sustaining the energy between sets.

The Urban Science Brass Band delighted festival goers by playing among the audience rather than on stage. Can you spot them in this photograph?

New creative frontiers were explored by Pierre Kwenders, who had two artists completing paintings during his jazz-hop set.

Here’s another MIJF favourite – the Montreal Street Dancers, featuring ‘Roya the Destroya.’ She completely wowed the crowds - though she is one-legged, she danced with crutches. “My passion for dance is so strong that nothing will stop me from dancing,” she said, in a chat just before her performance during last year’s MIJF.

At a good festival, the audience inspires and entertains you almost as much as the stage acts. Many festival goers wore T-shirts with creative and inspiring messages.

Here’s one more inspiring T-shirt, in honour of Rosa Parks, who helped catalyse the civil rights movement in the US by refusing to follow segregation which required her to sit at the back of a bus.

Some of the audience even takes to playing music on their own after the festival is over, keeping the energy and vibes going late into the night (or was it early morning?).

The heart of the downtown area is converted into a music zone off-limits to car traffic. The picturesque fountain area in downtown Montreal by day becomes the largest stage during MIJF at night.

Jazz by day and night for 12 days – that’s the Montreal International Jazz Festival, with torch-lit signs near venues such as this one, Club Jazz Casino. We look forward to the 2018 edition of MIJF already!