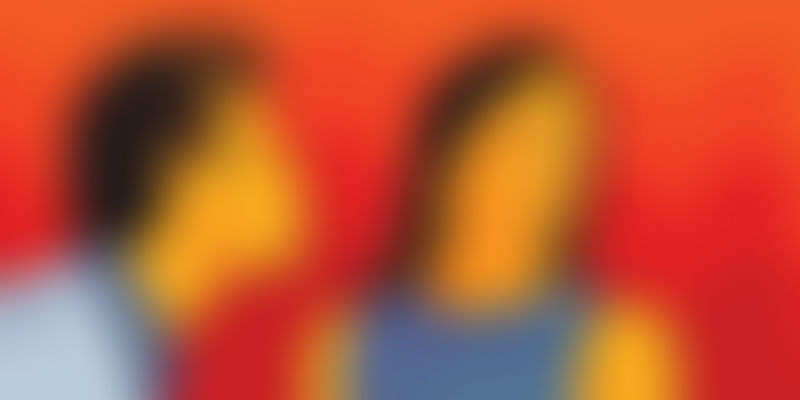 Dave McClure, Founder of 500 Startups, stepped down after an internal investigation of sexual misconduct. Not long ago, Justin Caldbeck was called out for sexual harassment by six women entrepreneurs he had interacted with. Another woman spoke up about entrepreneur-turned-investor Chris Sacca. Susan J Fowler was just the tip of the iceberg in the Valley’s toxic bro-culture.

Silicon Valley is facing a moral crisis. What began as whispers and murmurs has turned into a deafening roar. Susan J Fowler’s blog post against the sexism at Uber was followed by complaints from half-a-dozen women against prominent investor Justin Caldbeck, similar complaints against 500 Startups Founder Dave McClure, and even the high-profile Chris Sacca of Lowercase Capital.

The deluge has been a long time coming. In 2014, entrepreneur Gesche Haas said she had been propositioned by an investor Pavel Curda, who later apologised. A year later came the infamous Ellen Pao case. Even though she lost her gender discrimination lawsuit against her employer, venture capital firm Kleiner Perkins Caulfied & Byers, The New York Times hailed her for disrupting the way the Valley does business.

While many were surprised to see the verdict go against her, Pao’s lawsuit and the weeks of testimony opened the proverbial can of worms, putting the misogynistic attitude of one of the Valley’s most well-respected institutions in the spotlight.

Once the case died down, it seemed that matters of sexual discrimination and harassment had gone back to long yet unfruitful conversations in conferences and meetings, or perhaps an internal investigation or two. The men responsible were rarely punished and seemed to have got away with an apology. Everything seemed to have gone back to business as usual.

It isn’t just a problem of company culture and founders’ attitudes. It is a problem that is prevalent across the startup ecosystem

The phenomenon has its roots in the strong gender imbalance that persists in the wider workplace all cross the world.

This year, the dam has finally burst. When Susan J Fowler wrote a detailed blog running an exposé on the culture of sexism and harassment at Uber, few women entrepreneurs or women in tech in the Valley were surprised – everybody knew it was rampant.

A woman engineer in the Valley had earlier told YourStory on condition of anonymity: “The problem is that it is considered the right way to grow. Drawing lines is a problem in many cases.”

Fowler’s was the first in a series of many complaints that would be taken seriously. The detailed post brought to light the mess that was brewing on the turf of the ‘brilliant jerks,’ as Arianna Huffington had termed the poster boys of Silicon Valley.

A week after Fowler went public, The Guardian reported that a female employee at Tesla had filed a suit against the electric car company after being fired, allegedly for having complained about sexual harassment and discrimination.

Suddenly the disruptors, the men who had dared ventured into unchartered waters and had been hailed as heroes and pioneers began to look at little less heroic.

A crash letter on consent

The problem wasn’t a new one – not by a longshot. Ironically enough, as far back as 2013, Uber co-founder and then-CEO Travis Kalanick had actually written the now famous ‘Miami letter’ to his employees, laying down the rules about what constituted acceptable behaviour, even “consent” at an out-of-town offsite. Recode reports that the title was, “URGENT, URGENT - READ THIS NOW OR ELSE!!!!!” A note at the top tried to drive home the point as clearly as it could: “You better read this or I'll kick your ass.”

“Do not have sex with another employee UNLESS a) you have asked that person for that privilege and they have responded with an emphatic ‘YES! I will have sex with you’ AND b) the two (or more) of you do not work in the same chain of command. Yes, that means that Travis will be celibate on this trip. #CEOLife #FML.”

“Many (founders) are great tech guys and brilliant innovators, but lack the necessary emotional quotient and maturity that is needed to deal with people. They hustled and built the product and think that they can continue to hustle and make it grow.” It is this attitude, among other factors, that fosters a misogynistic mindset.

The attitude and approach isn’t limited to startups, where the lack-of-maturity/management-experience can be cited as a reason. The ecosystem at large seemed to be following an unspoken ‘bro-code.’

The bro-culture at investment firms too

Early in 2017, a female entrepreneur recounted how she was propositioned by a Silicon Valley investor. The New York Times published a story last week where another woman entrepreneur shared several suggestive messages she received from an investor, while another described to the how an investor passed several sexist comments while she was raising money for her online community website.

More alarming was the fact that the investors’ firms and colleagues played down the complaints and the women were even warned of being ostracised. Even more worrying is the fact that this has commonly happened in cases of sexual harassment.

There was more to come. The Information ran an exclusive piece in June this year that spoke about how more than half-a-dozen women who were a part of the tech industry had faced unwanted and inappropriate advances from one of the Valley’s most prominent investors – Justin Caldbeck, who had worked at LightSpeed Venture Partners and Bain Capital before starting his own venture capital firm, Binary Capital.

Caldbeck’s behaviour was openly condemned by several of Valley’s top VCs and technologists, including LinkedIn founder Reid Hoffman, who called for investors to ‘sign a decency pledge’. The exposé on Caldbeck saw its Limited Partners (LPs) pull out their money from the fund. Caldbeck had little option but to resign, and Binary is being wound up.

Dave McClure had to do the same at 500 Startups. In his blog post titled, I’m a Creep. I’m Sorry, he even refers to the New York Times article that featured the accusations against him and Chris Sacca of Lowercase Capital as having made unpermitted advances towards women they worked with within or outside the workplace.

These instances have only served to justify – indeed, amplify – what Susan Fowler wrote in her blog: the Valley didn’t just have a bro-code for CEOs, there was even one for investors.

Ironically, it is an excerpt from Dave’s blog that highlights the typical reaction of ‘bros’ in the Valley when confronted with such accusations.

“When confronted about what happened, I was at first defensive. What did I do wrong? We were just hanging out! Why are people so upset? I tried to present my crappy behavior in the best possible light. I didn’t have much empathy for the people I hurt and offended, and rather than face up to my own shallow motivations, I rationalized my actions and came up with reasons to find blame in others, rather than solely with me.”

The Harvard Business Review published a research paper in May this year that scientifically showed how VCs evaluate investment proposals and the language they use to describe entrepreneurs. What is more interesting is the fact that the language used to describe male and female entrepreneurs was radically different.

“And these differences have very real consequences for those seeking funding—and for society in general,” the HBR commented.

A problem that runs deeper

The problem is deeper than a handful of complaints. The core issue is the absence of gender diversity at most tech companies in the Valley. Of the 30 vice-presidents at Tesla, for instance, only two are women. The absence is compounded by societal biases and misconceptions of what women can and cannot do.

“There are times when I have had to be aggressive, or tough. But in a woman, aggression isn’t as acceptable as it is in a man. It is seen as a quality of leadership for a man, as a woman you need to be leader with heart and have a nurturing attitude.”

Salone points out how, over the last three years, the lists of women in tech have repeatedly featured the same people (Sheryl Sandberg, Susan Wojcicki, among others). A study conducted by Bain & Company reveals that women with two years or less of work experience led men when it came to ambition. Ironically, for women who had worked for more than two years, confidence and aspiration plummeted 60 percent for aspirations and 50 percent for confidence, compared to when they start working.

Harvard Business Review (HBR), which published the study, specifies that these declines occurred independent of marriage and motherhood. On the ‘subtle sexism’ in the ecosystem, it remarks:

“Why the dashed expectations? To start, the majority of leaders celebrated in a corporate newsletter or an offsite meeting tend to consist of men hailed for pulling all-nighters or for networking their way through the golf course to land the big account. If corporate recognition and rewards focus on those behaviours, women feel less able, let alone motivated to try, to make it to the top.”

Dig deeper and you realise there is more to this–it goes back to the time of deciding on education, especially a STEM education. Another HBR research report states that women who join engineering start doubting their problem-solving abilities more than men.

For many women studying engineering, their very first encounter with collaborative work is coloured by gender stereotypes. The HBR article states: “When working with male classmates, many of the women were relegated to doing routine secretarial and managerial jobs and were excluded from real engineering work.”

The problem, therefore, runs deeper, and by extension, gives rise to sexism and discrimination at the workplace. It isn’t just the Valley. At home in India, women joining IITs and IIMs, the alma mater of most Indian startup founders, are in a minority.

A report in The Times of India suggests that of the 9,974 students who were allotted seats in the different IITs in 2015, only 900 were girls. The rise has been marginal. And of those who graduate from these hallowed institutions, very few choose the entrepreneurship route.

What currently is needed a systematic overhaul in attitudes, mindsets and thereby a change in culture. It is when women take charge of their careers–whether in STEM or otherwise–and find ways of ensuring that their voice is heard, their ambition fuelled, and their work appreciated that they will thrive. One generation of women has spoken up. It is now time for society to shut up, listen to them, and do what’s right.

If you feel strongly against workplace harrassment, do take this survey by YourStory and Kalaari now.