We need to redefine universities as cradles of innovation 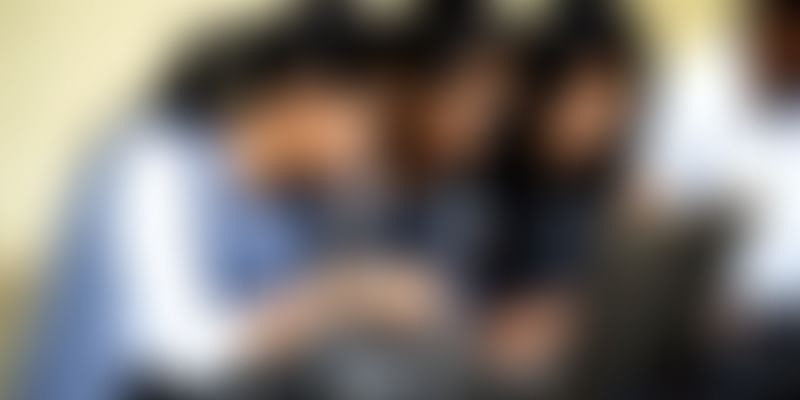 Indian universities do not offer adequate research infrastructure or provide the ecosystem needed to make ground-breaking discoveries. The age of stand-alone institutions needs to give way to the era of ecosystems.

The American writer and poet, Mark Van Doren once famously said, “The art of teaching is the art of assisting discovery.” This is an adage that has gone largely ignored in India if one looks at most of our colleges and universities. The lack of focus on critical thinking and creative problem-solving within India’s institutions of higher learning has led to a situation that has stifled innovation and also resulted in the low ranking of Indian institutions in international gradings. But it was not always like this.

Along with Greece, India was one of the fountainheads of learning in the ancient world. Universities such as Takshashila, Nalanda, Vikramashila, Pushpagiri, Valabhi, Somapura and Odantapuri dominated as centres of learning for almost two thousand years from about sixth century BC, and emerged as global beacons to scholars and travellers. Nalanda, for example, was devoted to Buddhist studies but also trained students in fine arts, medicine, mathematics, astronomy, politics and the art of war. It had a nine-storied library where monks meticulously copied books and documents so that individual scholars could have their own collections. Nalanda attracted scholars from all over the world.

Today, the situation in India has flipped the other way. The country’s best flock to universities abroad to complete their education. Incidentally, most of India’s Nobel Laureates have foreign degrees. In fact, since 1930, no scholar from an Indian university (without a foreign education) has won the Nobel Prize. That’s simply because Indian universities do not offer adequate research infrastructure or provide the ecosystem needed to make ground-breaking discoveries to its young scholars.

Not a single Indian university features in the Reuters ranking of the world’s 100 most innovative universities; whereas 20 Asian universities including those from Israel, Japan, Korea and Singapore feature in this list. The methodology for this ranking employed 10 different metrics, and the criteria focussed on (a) academic papers which indicate basic research performed at a university, and (b) patent filings which point to an institution's interest in protecting and commercialising its discoveries. This empirical ranking may not be relevant for all, but there are some interesting pointers. The results show that big breakthroughs—even just one highly influential paper or patent—can help drive a university’s ranking up the list. However, when that discovery fades into the past, so does its ranking. Consistency in research output, as always, is the key for featuring among the global best.

The problem with higher education in India is two-fold. The system rewards implementation, not original thinking and comes steeped in a colonial mindset that is focussed on creating clones instead of original thinkers. There is an over-emphasis on mastering the fundamentals and ‘being safe’, and a lesser emphasis on exploration-driven learning and picking up from failures. The other issue is that of access to quality resources. With the world’s second largest post-secondary student population of around 20 million, India has over 722 universities and university-level institutions along with 37,000 colleges. Yet the country’s gross enrolment ratio (GER) is low with only 20 per hundred accessing higher education. India is lagging far behind as the average for developed countries is 45 per hundred. The Government of India has set a GER target of 30 percent by 2020, and for that to be achieved, the number of universities and colleges will have to be increased manyfold while enhancing the quality of existing institutions.

A lot has already been said in the context of what Clayton Christensen from Harvard University calls ‘disruptive innovation’. In societies that have been the primary drivers of innovation, disruptive or otherwise, the educational institutions are the catalysts for enabling an environment that nurtures out-of-the-box thinking. To ensure that our universities become such catalysts will require a change of mindset.

To begin with, our institutions need to overhaul the teaching-learning process to ensure quality delivery. A major component of the mission of any university has to be the creation of knowledge by researching. The learners, even at the undergraduate level, should be active participants in research-led learning. The university system needs to spark and nurture imagination and creativity, and enable the process of innovation. This requires attracting the best possible research-enabled faculty and also empowering them with the necessary infrastructural, networking, and other support.

Moving from building institutions to ecosystems

When students and faculty begin addressing real-world problems, it will catalyse an ecosystem that is strongly integrated with and capable of driving both public and private enterprises. A case in point is the Niti Aayog enabled ‘Atal Innovation Mission’ that is setting up ‘Atal Incubation Centres’ across higher educational institutes and R&D Institutions, and ‘Atal Tinkering Laboratories’ in schools to foster innovative thinking, creativity and scientific temperament among students. The government has already identified and shortlisted institutes with a strong research focus. Universities will now be encouraged to integrate into the local startup ecosystem, to fund and/or work with entrepreneurs on the next big (or small) find. Could this be a game changer? I hope so. When it comes to solving some of the world’s most pressing problems—whether economic or social—creative new ways of approaching problems are replacing old-school prescriptive remedies. The world is moving from interventions to innovations. Disruptive innovations require you to confront and challenge the status quo. An education that promotes working in an isolated bubble, without creating the necessary ecosystem for collaboration and partnerships externally, across sectors, disciplines and geographic boundaries, has no real value at all.

In the words of Steven Johnson, an American popular science author and media theorist, “if you look at history, innovation doesn't come just from giving people incentives; it comes from creating environments where their ideas can connect.” It’s time our universities realised this. The age of stand-alone institutions needs to give way to the era of ecosystems!