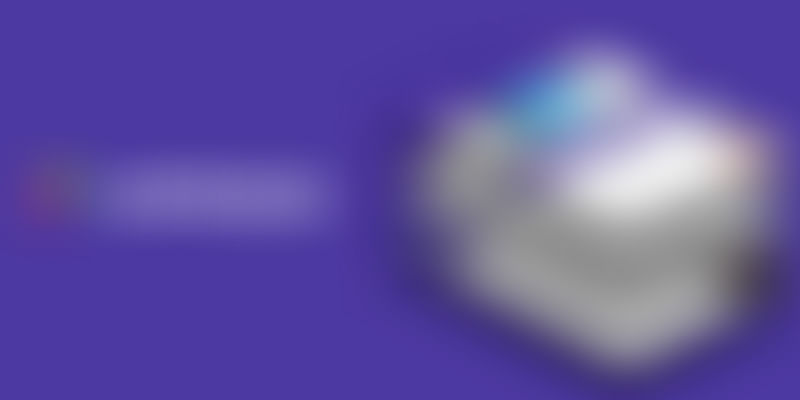 In the pre-digital era, businesses were generally judged by the upkeep of their front offices and how many people walked in and out of their establishments. Credibility was decided on the basis of footfall and how swanky the offices were. In the present scenario, the rules of the game are similar, but most of the action has shifted to the digital playfield.

Consumers don’t really mind if a business is based out of a swanky office or a modest two-bedroom-apartment-cum-office as long as the company gets the work done and has a credible digital footprint. Physical footfall has been replaced by Alexa ranks and app installs. But not all early-stage startups have the technological know-how to develop native mobile apps.

Appock aims to help such businesses develop native Android apps from their websites, all without the requirement of coding knowledge. Here is their story.

Co-founded in early 2016 by Suumit Shah (ex-TinyOwl and Housing Digital Marketing Head), Subhash Chandra (Director, Risemetric), Shikhar Paliwal (Co-founder, TinyOwl), and Ravi Chopra (Director, ClicksBazaar) Appock’s selling proposition is that it provides a platform where any website can be converted into a native Android app in minutes without any knowledge of coding. Talking to YourStory, Suumit noted,

Designing websites is a pretty easy task (thanks to WordPress and a bunch of drag-and-drop plugins) but creating a mobile app is a hectic task, especially when you want to give a native user experience.

Appock consists of a lean team of four people with varied and complementary skillsets.

Shikhar, the CTO, has a deep understanding of technology. Suumit and Subhash have about seven years of experience in the digital marketing space in India and hence used their knowledge to design Appock so as to give maximum ROI, using built-in support for Google Analytics, social sharing, and in-app notifications.

Ravi, who has prior experience in B2B alliances and influencer marketing, is responsible for brand partnerships and works with deal sites, magazines, and individual WordPress developers.

Appock claims to have generated over 2,000 apps in the last three months. There are some restrictions though. Suumit noted that at present, a business can generate an app on its platform only if its website uses WordPress Content Management System (CMS). Elaborating on their Wordpress-centric approach, Suumit remarked,

Appock started with WordPress because there are 7,46,52,825 webmasters out there who use it to design their websites/blogs....

Suumit believes that Appock’s current traction can be attributed mainly to the speed and simplicity with which consumers can generate apps for their websites. The user interface has also been designed in a way so that customers can customise their apps using various colour schemes, logos, and app icons and generate the app almost instantly.

Appock currently has two plans, priced at $39 and $59. While the offerings across the two plans are similar, Appock hosts the app through its own Google Play account in the low-priced plan. Suumit noted that this is a popular option for small businesses that want a quick plug-and-play native app without going through the learning curve involved in setting up a Google Play account and the other procedures involved.

The more tech-savvy customers, on the other hand, who have some prior experience with mobile apps and have a Google Play account or don’t mind setting it up themselves, opt for the $59 solution. Suumit said that while their current revenue model only includes a one-time upfront fee, they may explore a monthly SaaS model in the future when they add more features and customisations.

Based on the feedback so far, the unlimited push notifications, built-in browser for external links, native social sharing, easy bookmarks, native ad support of AdMob, Google Analytics integration, and app-rating prompt have all been well-received features.

What’s in it for Appock’s customers?

Apart from getting another channel to interact with potential customers, brands can monetise through the app that they generate from Appock’s platform. Every app is integrated with leading mobile ad servers like MoPub and Google DFP and users have the flexibility of serving their own inventory or banners from ad networks like AdMob.

Appock also provides support for banners, interstitials, and native ads. Brands can also embed different ad units in formats like HTML/Javascript/iframe directly in their content, within articles or pages.

Talking about some of the customers that have used the platform so far, Suumit cited popular bloggers like Abhishek Bhatnagar from Gadgetstouse.com and Chetan Bhawani from Gizmotimes.com. A major client that helped Appock gain early traction was DealFuel, a professional batch photo editing software for Windows and Mac.

So all these factors show a great need for Indian or Indian-consumer-facing businesses from around the world to jump on the mobile app bandwagon.

While many later-stage companies develop their own native apps in-house, there are a few success stories of apps developed through automation and DIY methods that have done very well. Juggernaut is a big player in this space and has tasted success with apps that it has developed — Jugnoo and MiniLuxe. Jugnoo started as a hyperlocal auto aggregator and raised funding from Paytm, prior to raising Series B funding and expanding to over 40 cities. MiniLuxe, a US-based hi-tech beauty salon startup, went on to raise $23 million in 2014.

Closer home in India, we have PlobalApps, which provides on-demand e-commerce apps and had generated over 1,000 apps by February 2016. Then there is Appai, which positions itself as a coding bot that can help designers and developers develop mobile apps quickly with minimal coding knowledge

In the future, we are planning to add support for e-commerce and static websites and allow users to turn any kind of website into an app in minutes. Also, soon you’ll be able to generate iOS apps as well.

Related read: Progressive web vs. native apps: who will own the mobile experience?