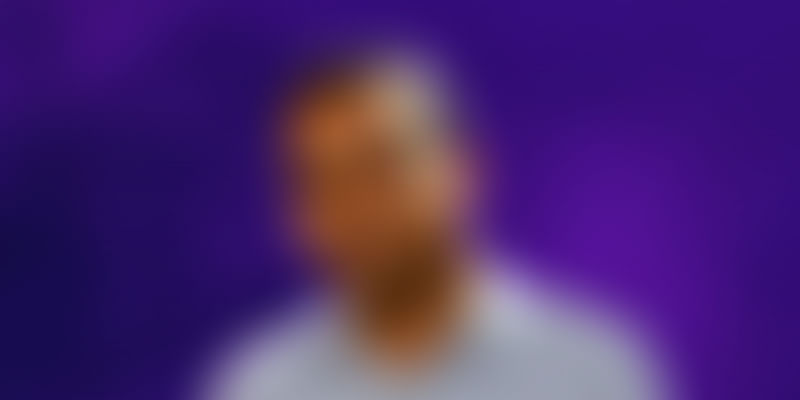 Being an entrepreneur is tougher than being a VC. “No contest. It’s the toughest career option anyone can choose. It's a very lonely road too because the buck stops with you,” says Sahil Kini, who has walked down both roads.

Principal at Aspada Investment Advisors, he currently serves on the boards of Reverie Language Technologies, Aasaanjobs, and Dunzo. A graduate of IIT Madras, he has previously worked with Titan Industries, Ezetap, and McKinsey & Company. He has had a year-long stint with Aadhaar's founding team and also founded and served as the CEO of MagnetWorks, a startup that built industrial IoT systems.

Sahil is also part of the core team building IndiaStack, where he helps frame policy and architecture documents for UPI and DigiLocker while evangelising its impact at various industry events.

This week, he was in the spotlight at Conversations at YourStory, where in an Ask Me Anything (AMA), he answered questions about funding, hot sectors for investment, and what makes a startup attractive to an investor like him.

How to invite investment

“When a founder's passion and competence are paired with authenticity and intellectual humility, it's hard not to pay attention,” shared Sahil. However, while investing in a business, there are a few important aspects he carefully looks at:

The first aspect is the team, especially the founder(s). “Are the founders special? Do they have the necessary expertise, experience, and most importantly, near-infinite grit to keep going when the going gets tough (which it inevitably does)? Also, do they know each other well and work well together?”

The second aspect that Sahil looks out for is the total addressable market (TAM) and its size. “Typically, most VCs want to invest in ventures that at least have a shot at becoming billion-dollar businesses,” he said.

The third on his list is timing. “I want to know if there are any structural changes in the overall landscape that give a business an unfair advantage.”

He also keeps a keen eye on capital efficiency. It is important for him to know if the business can grow without being too dependent on purchasing assets, which, according to him, typically depreciate.

Above all comes a frugal mindset. He said,

How should you approach VCs?

The one question entrepreneurs always ask VCs is how to reach, approach, and pitch to the investors. Sahil pointed out that while choosing an investor, startups should find out which individual angels or partners in a fund they want to talk to. “Typically, each investor has a different focus area, and it's pointless to talk to an enterprise SaaS specialist about fintech. So be sure to do your homework.”

His most important advice and something every entrepreneur and aspiring entrepreneur should make a note of is that before one approaches an investor they should ask and be able to answer the following questions themselves:

What stage are you at — idea, pilot, product/market fit achieved? According to him, if you're still at the idea stage, family and friends (and whatever you've saved up) are the best sources of capital to get things started.

If you're at the pilot stage (i.e. you've launched in the market and have a small team with you) it's a good time to approach angel investors, angel networks (such as IAN), and seed funds (like Blume, Kae, Pravega, K-start).

If you fit the last bracket and feel that you've achieved product/market fit and made something users want to buy (i.e. they're actually willing to pay you more than what it costs you to render the service) then it's a good time to approach larger VC funds.

However, he said, "In all the cases, make sure you've documented your business in a clear and articulate presentation, and that you have a well-thought-through business plan (usually in the form of an Excel model).”

At Aspada Investment Advisors Sahil’s focus is on investments in financial services, SME enablement, and technology for underserved markets. Since he looks at financial services intently, he feels this sector is poised to grow exponentially in the next few years.

“Several businesses in the payments, credit, insurance, and investments space with a digital-led approach are waiting to be built. I also think India is set to go on a local content boom (video, voice, and more) with the pickup in 4G. Finally, I think strong operators will be able to build interesting businesses in the renewable energy (particularly solar) space.”

Sahil feels EM3 Agri Services, which Aspada recently invested in, is one of the rural tech startups doing really well. “And Paytm and IFMR, though not necessarily startups, are companies started in the last 10 years that are having a huge impact on rural lives.”

In reference to a recent story in WSJ titled 'The End of Typing: The Next Billion Mobile Users Will Rely on Video and Voice' and Sahil’s own personal interest in this space, the question one of the readers posed was if there was a big enough market for both video and voice. Sahil said, "I do think there is a big enough market for both because, at the end of the day, you can't always talk to your phone. Sometimes (like late at night, or in a classroom, or during a meeting) it's just simpler to type it out. Of course, for the vast swathes of India, to whom literacy = fluency, voice-driven input will be a huge boon.”

In this sector, according to him, Liv.ai through its Indic voice recognition engine will prove useful to the audience.

When is the right time to pull the plug?

Sahil shared some great insights for entrepreneurs to understand when it is time to push forward and persevere and when it’s time to pull the plug. According to him, entrepreneurs need to ask themselves if the idea has failed. If customers simply do not want the product or the company has not been able to make money for more than 18 months or so after starting out, it may be time to cut losses and shut shop.

However, Sahil’s advice to those who have achieved a sense of product or found a market fit is to persevere. “Tenacity is everything! Read this wonderful blog by storied investor Fred Wilson, who makes this point far more eloquently than I ever could,” he said.

To an 18-year-old who did not receive support from accelerators and investors, Sahil had an interesting response:

"If you're 18 years old, you must be in college? If so, you have nothing to lose! Keep building and hustling. The learnings from building software and getting people to use them are invaluable. Either you'll figure out a way to make this work eventually, or you'll have relevant experience if you move on to the next product/job."

He was right when he said, "A company is nothing other than a collection of people with a shared goal. As far as money goes, money made is 100x better than money raised."