Amidst growing environmental threat, eCoexist works towards preserving nature through its eco-friendly products 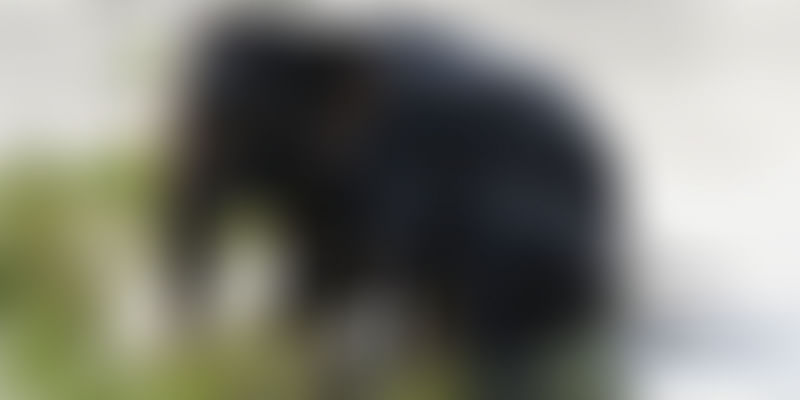 For 11 years now, for every Ganesh Chaturthi, eCoexist has been promoting a deeper connect with nature through its green Ganesh idols. This year they are campaigning to conserve lives of elephants as a tribute to the elephant-headed god.

The harmful effects of immersing Ganesh idols made of plaster of Paris have not only affected underwater life but has also increased water pollution with use of chemical paints and insoluble materials. According to a study conducted by the Central Pollution Control Board to assess the impact of the immersion of these idols, the acid content in the water has increased, with a 100 percent increase in the total dissolved solids.

With a purpose to ease this burden on water bodies especially during times of Ganesh festivities, eCoexist a social enterprise with environmental and social goals, is all set to shift to the use of eco sensitive materials and practices. Their aim is to create a ‘deeper' impact by changing mindsets so deeply that they go out in turn and change others by a multiplier effect.

Inspired by the stunning natural surroundings she lived in, Manisha Sheth Gutman (47), founded eCoexist. “Artistic and creative by nature, I chose Architecture as my field of education. But being exposed to a spiritual path after living in a Gurukula during my teens, my love for nature grew. A core teaching of the path I follow today is respect and love for nature,” she expresses.

Shifting to Pune, Manisha decided to switch fields and enrolled to pursue environmental studies with Prof Gole at the Ecological Society that later exposed her to issues at rural, urban, national and international levels. In 2006, eager to return to her natural creative abilities, Manisha formed eCoexist bootstrapped with a corpus loaned by family and begun as a proprietorship. eCoexist today functions as a social enterprise, manufacturing eco-friendly products to help make people around mindful of the pressures on the environment thereby helping them reconnect to nature. They also conduct several environmental and social campaigns with the same intent.

Soon after Manisha founded the enterprise, she was joined by Lolita Gupta and together they have built eCoexist over the past eleven years. In 2013, eCoexist became a partnership with three partners; jointly owned by Manisha, Lolita and Natalie Leek, the first investor in the company. eCoexist took up eco-products for the sake of the environment, and in doing so, it set itself a challenge to prove that eco-products could be financially viable, where such a market never existed. “When we began there was very little awareness about chemical toxicity and environmental pollution due to consumer products. Changing habits involved changing minds and this was something that took us several years, but we were determined.” says Manisha.

Since eco products were two to three times more expensive than chemical products, to get consumers to pay the extra buck was another challenge. But eCoexist continued to motor through these hurdles, and for Manisha and Lolita first-time businesswomen, this experience brought tremendous learning and growth.

eCoexist as a social enterprise does not focus on profits but on generating income and surplus for all the members of its value chain, says Manisha. “We have environmental and social goals which we take far more seriously than efforts to be financially viable. eCoexist aims to demonstrate that businesses can be environmentally and socially responsible while competing in mainstream markets without compromising on their principles.”

“Our intention is to reconnect Indian festivals to their origins in nature and to sensitise people on the impact their celebration has on the natural environment.” she adds. Supporting this, eCoexist has been creating eco-friendly Ganesh idols made from natural clay, painted with turmeric, geroo and multani mitti. With the idols being this green it can be immersed in a bucket of water at home and used to water plants.

eCoexist also offers people several options to make their own products while supplying them with theirs. Based in Pune, their products reach 10 different cities in the country and is also exported to New York, Los Angeles, Berkeley, Germany, Singapore, Melbourne, and England.

Along with manufacturing eco products, for five years, the eCoexist team worked hand-in-hand with prisoners at the Yerawada Central Prison to help with their creating their products. “The prison inmates looked forward to our arrival to work together. The impact this may have had on their lives and their self-esteem is immeasurable.” says Manisha.

Similarly, every year at Holi, eCoexist celebrates the colourful festival with the homeless, physically challenged kids and adults. They have inspired many corporate groups to fund and join in these Holi celebrations and created memories that have changed lives. Recalling another event during Holi, Manisha says, “One year we welcomed a team of five young filmmakers from Los Angeles to play Holi with us.” During Ganesh Chaturthi, the eCoexist team stood on ghats collecting Nirmalya waste alongside rag pickers and helped them to segregate it. Taking all the flowers that had been thrown away to prison, they teach inmates how to make Holi colours from.

Over the years, this organisation has made an impact on people and their thoughts, by believing that lasting change cannot be measured simply through statistics. “Our impact is best seen in the growing markets for our eco products and the fact that we now have authentic competitors making the same products as per the standards we set for ourselves. We take pride in pioneering this concept,” says a proud Manisha.

This year, the team at eCoexist that dearly loves animals want to connect Ganesh devotees to the elephant-headed God by protecting his form as an elephant. “We believe most religious traditions have begun in a love and respect for all forms of nature and this has been lost over the years. We felt that it was time that our religious beliefs remind us about our responsibility to protect other forms of life and to recognise that at a very fundamental level, nature is god.” says Manisha.

Inspired by the work of the Wildlife Research and Conservation Society (WRCS), eCoexist found a way to create a connection between the festival and elephant conservation by initiating a crowdfunding campaign.

The Gajanana campaign endeavours to raise funds to support the work of WRCS that works mainly on finding ways to minimise conflict between human and elephant populations in North Kanara District of Karnataka. They train communities to learn the ways of the elephants and show them simple techniques  to deter the elephants so that they don't harm them.

Currently, eCoexist works with WRCS to support products made by women in these communities, which can help them mitigate losses from crop and livestock damage.

eCoexist has raised funds for several partner-NGOs. “Our focus has been mainly to put in efforts in work we have been inspired to do and to ensure our partners have the funds to make this possible.” says Manisha.

The people at eCoexist work toward a common cause - maintaining a balance between the needs of individuals and natural resources. Apart from eight members who form part of the core team, eCoexist also has five international volunteers and four Indian interns. The team continues to work with farmer communities, prisoners, the physically challenged, self-help groups, rag pickers and the homeless people with help from several NGOs. Invited by several partners to set up a vehicle to receive CSR funds so that their work can expand to larger groups of beneficiaries, eCoexist is working towards restructuring their organisation to be able to receive CSR funding to expand some of their campaigns.

eCoexist continues to grow as an organisation thanks to a close-knit team whose is motivated by the work it does. “When you choose to work on the triple bottom-line - environment, society and financial viability, speed of growth is not a criteria. We feel the real impact is the depth and permanence of behavioural change we make in the people we serve and work with,” says Manisha

Flowers thrown away where? From the Chaturthi festival?

What does this mean?

Yes. The people in this region are often attacked by elephants and in order to protect themselves they harm the elephants. Therefore to promote peaceful coexistence WRCS teaches villagers techniques to avoid this.