‘My wedding was postponed because of Partition’: Project Narratives walks us through tales of the India-Pakistan separation 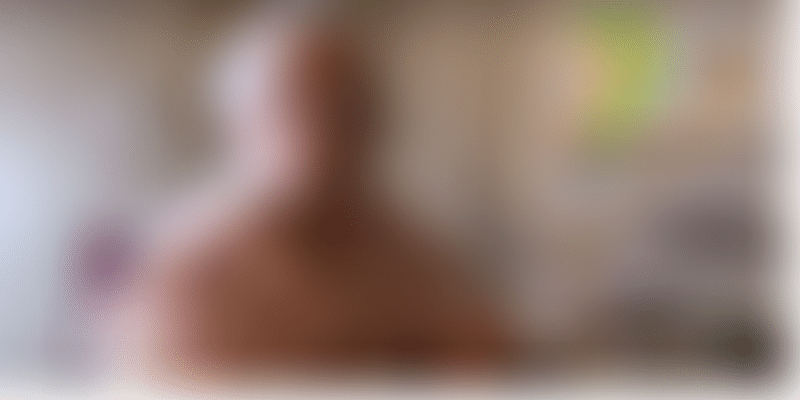 In an exclusive preview of their documentary, three students from the Melton Foundation walk us through the making of ‘Project Narratives’ and their encounters with Partition survivors.

It is 7 am. Armed with a tripod and fancy DSLR, we are in a swanky Bengaluru locality that has a 70-year history of its own — it was here that, about two generations ago, residents of Hyderabad in Pakistan crossed the border to find a livelihood after Partition. It makes one think of the religious violence that exploded in British-ruled India, giving birth to two nationalities. While Hindus and Sikhs fled towards India and Muslims towards Pakistan, this historic period will forever linger in the lives of the survivors and their families.

Seated in a wooden chair in her home, an elderly woman was one of the 30 interviewees who, with their heart-wrenching tales of separation, sang in unison the rhythms of patriotism. Capturing this display of emotions, three students from the Melton Foundation — Marleen Haupt (25), Julian Klauke (27), and Nickhil Sharma (24) — are touring Bengaluru, Delhi, Gothenburg, Stockholm, and Ilmenau as India and Pakistan celebrate 70 years of independence.

“I was supposed to get married in October 1947. But because of Partition and falling ill, the wedding had to be postponed,” recounts the old lady.

Seventy years after Partition, the deadly aftermath of Britain’s historic decision to slice the Indian empire into two still haunts those who lived through it.

My parents, my brother, sister were really surprised and worried and (asked) ‘What are you doing?’ My mother said ‘You are putting your life in danger and are you sure you will come back, what if both countries are at war, what will happen’? But I said: ‘I am a peace activist and I must play my role as it is demanded, as the situation demands. Peace activists should not just condemn, they should play their role- a Peace Ambassador from Lahore, Pakistan quips

The makers of Project Narratives walk us through their encounters throughout the 900 minutes of stories they have collected, available to the public in a condensed form this December.

It all started in 2013 when the trio met at the Melton Foundation’s annual conference in Bengaluru. Established in 1991 in Virginia, the United States, the Melton Foundation is a network of fellows that promotes and enables global citizenship. By working together across boundaries of place and identity, Melton Fellows promotes global citizenship as a way for individuals and organisations to solve real issues.

The trio brought together the flavours of Germany and India and redirected their matching interests towards a bigger cause. Marleen and Julian, who hail from Germany, are studying at Ludwig Maximilian University of Munich, whereas Nickhil is an Indian pursuing his higher studies at Chalmers University, Gothenburg.

The India-Pakistan connect was a team decision due to its geo-political importance, lack of awareness at the international level, and the close networks/contacts of our team members in the region. We strive towards reducing animosity and conflict by letting people recognise their shared humanity by finding themselves in the stories of others, says Julian, the brain behind the project.

It all started towards the end of 2015 when the three reached out to their own circle of people. Though it took four more months for the project to see the light of day, the team had by then collaborated with organisations in both India and Pakistan. They flew down to India and started their tour from the national capital, New Delhi.

Shooting the content took roughly two weeks in April 2017, which meant touring Bengaluru, Delhi, Gothenburg and Stockholm in Sweden, and Ilmenau, Germany. Since we were not able to travel to Pakistan, we interviewed Pakistanis in Europe and through our partner, the Citizens Archive of Pakistan in Lahore, says Marleen.

Due to security issues, the trio was stopped from visiting Pakistan but their efforts did not go in vain when collaborations worked out in their favour. The project saw support from Aaghaz-e-Dosti, the Citizens Archive of Pakistan, and Open Sky Slam. At the end of this exercise, the team had successfully gathered over 40 different stories from the age group of 18 to 85 years. The final video is slated for the month of December, though the trailer is out for the public on the occasion of the celebration of both the countries’ independence.Speaking about the organisations that pledged support for the cause, Nickhil adds,

All the peace organisations we approached were very positive in their reactions and excited to support us. Personal contacts had mixed reactions since some of them felt very strongly (also negatively) about one or the other country, so not all were supportive of our cause.

With over 40 different narratives of the Partition recited by different generations, the visibly overwhelmed trio shares,

Listening to a variety of stories has left us with a number of different emotions. Generally, we were all very touched by how open and trusting many of our interviewees were with us, sharing stories and experiences that sometimes not even their friends or family knew about. Some stories had an even stronger impact on us, especially those where people were very directly affected by the conflict, either through experiencing hostilities or through the impossibility of meeting loved ones on the other side of the border, says Julian.

Despite the number of stories that were churned out during this exercise, a few anecdotes remain with the makers. Speaking about one such instance, Marleen shares the story of an Indian who had met a stranger in Pakistan through social media and developed affection towards him but eventually chose to walk away because of the tensions between their countries.

It was a very memorable interview for us, because she had not told many others this story but fully opened up for our interview, trusting us with this story and the emotions connected to it. Additionally, it also showed the very real consequences of the conflict in people's personal lives and how, even without directly experiencing violence, people on both sides of the conflict suffer.

Of course, there were initial hurdles like managing time zones among the team, fixing appointments with the interviewees, and filtering out the content, but this has been an experience of a lifetime, says Nickhil as the trio leaves India, soaked in tales of love, longing, and separation.

The final documentary is scheduled to release in December 2017. The author of the article is the co-founder of Open Sky Slam who are partners for the Project Narratives initiative.

(Disclaimer: Due to privacy issues, the names and locations of interviewees have not been disclosed)