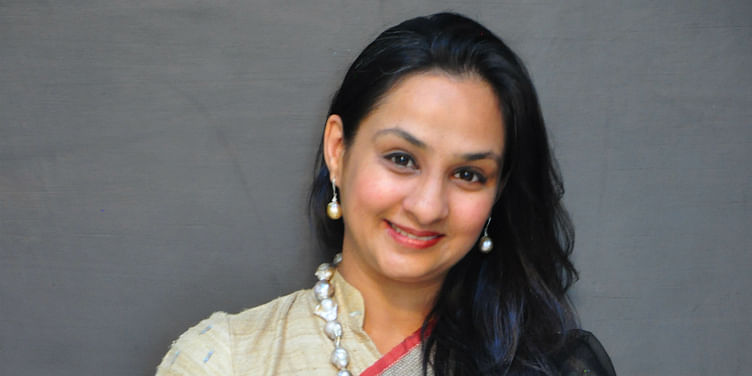 She has beaten dozens of industry stalwarts and consortiums to win the bid that not only allows her to open a series of restaurants on the sea but also gives her rights to operate a cruise.

Saying Shripriya Dalmia Tharani is a water baby would be grossly underplaying her lifelong affair with the torrents. For her, the undercurrents have not just been a companion in a story; they have been the story itself. She has fond childhood memories of jumping the fence of her gran’s Mumbai home, uniting with the ocean that she was deprived of in Delhi and getting lost in its limitlessness. These moments stolen from her busy adult life was what she saw as the only constant in the Maximum City as an adult – the Arabian Sea, for Shripriya, is beautifully reminiscent of the bygone era.

Deciding it was terribly unfair that more people didn’t get to share this bond with the sea, she resolved to play cupid, and threw in a state-of-the-art deck and world-class cuisine in the mix, to give Mumbai its first ever floating restaurant, aboard a ship.

Children of the sea

The 37-year-old, a mother of three, who holds an MBA from Symbiosis Pune, derives great strength from her kuldevi – or the guardian angel of their clan – who, legend has it, possessed monumental energy as a matriarch. “Her story and her legacy have shaped me. I come from a family of such strong women. I never forget that,” says the feisty entrepreneur.

Being raised among resilient women as a scion of one of India’s foremost business families, the Dalmias, Shripriya’s last name also brought with it a certain prophecy that she needed to fulfill. “My grandfather had humble beginnings, but the sense of purpose and the drive to achieve near impossible targets has been the hallmark of our clan. I am using these values to create my own legacy,” she says.

Since she was four, she would visit her grandmother over the holidays in her Prabhadevi home opposite the beach. “We kids would hide, climb a small gate on the boundary of the house, and play on the beach all day,” she recalls. The sea, in turn, has been a prized companion on many an occasion. “To be able to do something with the sea was etched in my destiny I feel, the way the sea pulled me towards it over and over again,” she says, adding, “I belong to Delhi but see how I returned to Mumbai – almost like a calling.”

READ ALSO: Meet the Kirloskars’ 27-year-old heir who is changing how they’ve been doing things for 129 years

But she truly started feeling a sense of belonging with the city when she got involved with the film industry. She started her career as a graphic designer for art and lifestyle products, and owned the rights for about 50 artworks in a gallery which she curated with lifestyle products as well, between 2003 and 2011. She has always believed that a world without cinema is a world without hope. In that regard, she has been working on Bollywood and regional films for the past four years as a producer, distributer and exhibitor under the banner of Nanu Productions – named after their kuldevi. She also co-produced a bilingual film in Tamil and Telegu called Kashmora in 2016, and distributed Shahrukh Khan’s Dilwale in partnership with Aum Films in West Bengal. She is committed to improve the state of movie theatres in the South.

“Mumbai was not the family I was born into but a family I chose. This is my way of ensuring that the family is proud of their city,” she says.

“Mumbai has always had the sea, and is one of the world’s most spectacular cities. So how come every major seaside city uses the water so efficiently in glorifying itself further – while Mumbai criminally wastes its majestic waters?” she says.

She happened to chance upon the government’s plans to rightfully open up Mumbai’s eastern seafront, and saw it as an opportunity to turn a lifelong dream into reality. “I am very thankful to Nitin Gadkari and the Mumbai Port Trust for such a forward-thinking decision. Mumbai’s seafront will no more be any less than the French or the Italian Riviera,” she says.

She came up with the idea of a floating restaurant that would be environmentally friendly, as safe as possible, and as relaxing and lavish as it can be. In a decision taken on June 15, 2017, she was informed by Mumbai Port Trust that she had beaten dozens of industry stalwarts and consortiums to win the bid that not only allows her to open a series of restaurants on the sea but also gives her rights to operate a cruise. “I had full faith in my proposal, but winning the tenders was still a surprise,” she recalls.

Having said that, the project isn’t completely off the ground yet, and they are still in process of getting the required approvals. “It is a common misconception that getting into business with the government as a partner is scary and unpredictable. But I was amazed at Mumbai Port Trust’s professional ethics, the state government’s transparency, and the punctuality with which everything was done. Tenders were opened on the day it was supposed to and granted on the designated dates,” she reveals, adding, “And if you read the tender, you will be amazed at how far the government has thought to ensure that the product is legal and legitimate.”

They are in the process of finalising the ships both for Chowpatty and the Gateway of India, for which, she is touring the markets in India as well as Norway, Greece, Japan, Singapore, Malaysia, and the Carribean. An attractive multi-deck boat will house their themed restaurants, and all the decks and tables have a 360-degree view of the breathtaking Mumbai skyline. Each restaurant will have at least 30 tables.

As far as the Chowpatty tender goes, she has won the rights to operate between Chowpatty and Nariman Point. The tender allows her to run as many restaurants as she wants on the ship, and host events aboard both. The ships will docked a few miles into the sea, and the diners will be taken to it on small boats. “I want to make one thing clear – this isn’t just for the rich and famous but also for Mumbai’s middle-class families. The sea is theirs and so is my ship,” she exclaims.

She is planning to recruit some of the world’s most renowned chefs who will be serving local, fusion and international cuisine on board. “I have plans of tie-ups with some of the world’s top chains and chefs, and also intend to have my own restaurant,” she reveals.

The tender does not allow people to stay on board overnight, and forbids the owners from running a casino in there. The vessel has extremely state-of-the-art safety features, and will also be pollution free. “I will in no way harm what I love the most. My boats will have the most stringent environmental tests and pollution checks to ensure that marine life thrives around my restaurant. I want guests on the deck to enjoy the marine life all around,” she explains.

She hopes to set her sails for the future of Mumbai’s cultural scene by January 2018, and will tentatively be opening up advance-bookings by November later this year.