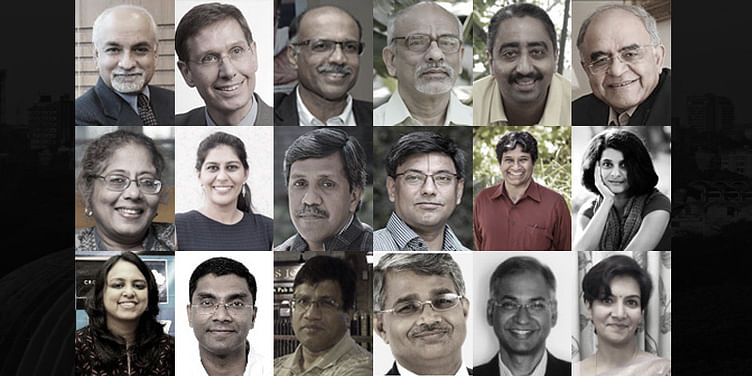 We feature more insights from speakers at the upcoming third annual Bangalore Business Literature Festival (BBLF), which will be held at Century Club in Bengaluru on September 9. The festival highlights business biographies, founder narratives, entrepreneurship and organisational development.

In the second series of interviews with speakers and authors at BBLF 2017, we shine the spotlight on successful startups (beyond the usual ecommerce suspects), attitudes towards failure, and opportunities in digital transformation (see the first article on BBLF 2017: Founder Stories).

Much media attention has focused on ecommerce stars in India, but there is a lot of action in other sectors as well. Notable startups to watch in India are Delhivery, Nightingale and Asimov Robotics, according to V. Raghunathan, Director, Schulich School of Business (India Campus) and CEO, GMR Varalakshmi Foundation.

In six years, Delhivery, a logistics startup founded by ex-Bain consultants, rode on the tail wind of ecommerce and created nearly 15,000 jobs. “The company has used some truly high-power big-data analytics to cut costs by over 25 percent and double the efficiency of delivery from about 20 deliveries per day per delivery boy to nearly 39, giving the long-established and larger players in the same space a run for their money,” explains Raghunathan.

Nightingale has developed a strong service orientation and excellence in delivery of a range of health services at the doorstep for senior citizens. “I am particularly impressed with their commitment and quality of service, which fills a need long felt, but neglected,” says Raghunathan.

Asimov Robotics is a high-end high-tech firm in the area of robotics. “This is the kind of startup India needs more of, and I wish more IIT students went for these kind of startups, not that I have anything against the Flipkarts, Snapdeals, PayTMs or Myntras – they are all amazing startups of course,” Raghunathan says.

Nimble startups in India are embracing the digital wave, and can help larger firms reinvent themselves. “Corporate leaders need to act now and embrace digital transformation,” advises Ram Nidumolu, CEO of the Academy for Innovation and Management (AIM). Managers need to follow through their new strategy and launch initiatives backed by budgetary support.

The gap between consumer and corporate adoption of digital technologies is greater in India than in the US, according to Ram. He also urges business leaders to distinguish between earlier enterprise IT (CRM, ERP systems) and newer digital media (social, mobile, analytics, cloud, AI). The older generation of IT employees may not be as savvy with the newer digital tools for business.

“Traditional IT departments do not have the conversational skills and digital media habits that are now key for business success,” observes Ram. This opens up new opportunities for digital entrepreneurs to partner with larger firms and tackle emerging problems (see my framework of 15 innovation tips: how large corporations can successfully engage with startups).

The improved rationalisation of GST and lower inflation are creating an atmosphere that is conducive to India’s entrepreneurship boom, but challenges remain. Infrastructure development lags expectations; skilled manpower remains more of an aspiration than a reality; corruption remains endemic; the banking sector continues to be weak, throttling loans – all of which remain serious bottlenecks for the entrepreneurs, according to Raghunathan of GMR Varalakshmi Foundation.

“But even more of a challenge is the fact that notwithstanding the Make in India refrain, much of the startup boom remains in the e-commerce space rather than in the manufacturing space,” laments Raghunathan.

This serves as a reminder that while you can sell a lot of potato chips on the Internet, you still need to grow potatoes, he jokes. (See also my write-ups from earlier editions of the festival in 2016 (grassroots entrepreneurship, startup ecosystems) and 2015 (business models, startup boom, and storytelling) which cover related challenges and biases.)

Failure as learning, not defeat

Comparisons have been made between the failure-as-learning culture in Silicon Valley and the more conservative failure-as-taboo culture in India. “Failure is seen as an undesirable status in India,” observes Ramya Ranganathan, professor in organisational behaviour and human resources management at IIM Bangalore.

While some entrepreneurs do take failure as a learning opportunity, many still are worried about ‘what others will say.’ More case studies and biographies are needed of Indian business leaders who have survived the ups and downs of entrepreneurship, says Ramya.

This could add more credibility and relevant context than reading only about entrepreneurs from other cultures. (See my reviews of the related books Fail Better, The Wisdom of Failure, and Fail Fast.)

Many business leaders, unfortunately, do not read the valuable academic literature on such topics, and stick to general business titles from airport bookstores. “There is also no equivalent of Harvard Business Review for Indian business,” observes Ramya, opening the door to more collaboration between Indian academia and industry.

She also advises entrepreneurs to build their own storytelling skills and narratives, which can change along with new settings and contexts; interesting findings in this regard are emerging from fields like neuroscience. (See also my framework, The Changemaker Story Canvas, to help founders build a compelling story around their startup journey.)

Attitudes and impacts of failure also vary across types of entrepreneurs. Raghunathan distinguishes between two categories of entrepreneurs here: those who are well qualified with options for careers as professionals, and those who resort to some form of entrepreneurship because they are not easily employable at their levels of aspirations.

“While I have no specific data here, I would imagine the latter outnumber the former 10 to 1. And yet, much of the context here is of entrepreneurs of the first category. I think increasingly for such entrepreneurs, probability of failure is a reality, even if a large number of them are egged on by the disproportionate number of startup stories carried in the media every day, as if everyone who starts on an entrepreneurship journey is bound to grow into a multi-million success story, which is hardly the case in reality,” says Raghunathan.

Yet, he doubts if societal taboo of failure is at all an issue for such entrepreneurs. More discussion on such topics will be featured at BBLF on September 9 at Century Club, as well as a workshop on biography writing by Veena Prasad and Ganesh V.