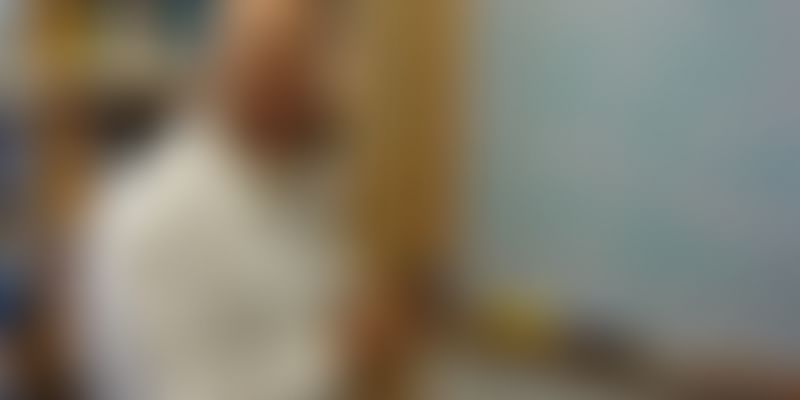 The US-based Marconi Society has announced the decision to confer its lifetime achievement award on Indian-born Stanford University professor Thomas Kailath for his outstanding contributions to modern communications.

Kailath is the sixth scientist to be honoured with our lifetime achievement award for his research contributions, which advanced modern communications technologies over the last six decades

The 82-year-old, who was awarded the Padma Bhushan in 2009, is currently the Hitachi American Professor of Engineering, Emeritus, at Stanford. The society, named after Nobel Laureate Guglielmo Marconi (1874-1937), who invented the radio, was set up in 1975 by his daughter Gioia Marconi Braga through an endowment. It annually awards individuals whose scope of work and influence emulate the principle of "creativity in service to humanity" that inspired Marconi.

The rare honour also makes Kailath join five other recipients of the 43-year-old society's prestigious award, including Gordon Moore of Moore's law fame and Father of Information Theory Claude Shannon. The award will be presented to Kailath at the society's awards dinner in Summit, New Jersey on October 3.

At the event, the society will also honour former Bell Labs president Arun Netravali, 71, with a $100,000 cash prize for his pioneering work in digital video technology, used in smartphones and TVs.

The award is being conferred on Kailath for mentoring a generation of research scholars and writing a classic textbook in linear systems that changed the way the subject is taught and his special purpose architecture to implement the signal processing algorithms on very-large-scale integration (VLSI) chips, the society said in the e-mail.

Kailath and his students, who together hold a dozen patents, have co-founded four technology firms, including Integrated Systems in 1980 and Numerical Technologies in 1996. Intel acquired Integrated as part of its WindRiver buy in 2009, while Synopsis bought Numerical earlier, in 2003.

The Marconi Award is humbling and moving, as it puts me alongside Shannon, who laid the foundation for our digital age and was one of my teachers at the Massachusetts Institute of Technology (MIT), though I do not consider being at his level, Kailath told IANS.

Born on June 7, 1935, in Pune to a Malayalam-speaking Syrian Christian family, Kailath graduated in telecommunications engineering from the University of Pune in 1956. He went to the US in 1957 to join MIT, with research assistantship in the Information Theory Group. He was also the first Indian-born student to be awarded a doctorate in electrical engineering by MIT in 1961.

Kailath began his career by joining the Digital Communications Research Group of the Jet Propulsion Laboratory (JPL), a federally funded research and development centre of NASA in Pasadena, California. He was also a visiting professor at the California Institute of Technology (Caltech) in the 1960s. Kailath was a research guide to about 100 doctoral and post-doctoral scholars, including Indian-born scientist Arogyaswami Paulraj, emeritus professor of electrical engineering at Stanford, and whom the society honoured with the Marconi Prize in 2014 for his work on developing wireless technology to transmit and receive data at high speed.

Kailath has been an influential mentor to a number of Indian academics, including me. He hosted many of us at his research group at Stanford, even in lean times when federal funding was limited, 72-year-old Paulraj recalled.

Kailath and Paulraj are joint holders of the original US patent for Multiple Input, Multiple Output technology that makes wireless networks more efficient.

While Marconi's Award recognises Kailath's achievements at the global level, we in India can take pride in his contributions to the country in advanced technologies, added Paulraj.

Kailath, who maintained close links with the Bengaluru-based Indian Institute of Science (IISc) for over three decades, was advisor to the defence ministry in the 1970s for setting up research centres at the state-run Indian Institute of Technology to support the Air Defence Ground Environment System (ADGES) plan of the Indian Air Force (IAF).

Kailath's distinguished career earned him scores of awards and honours, notably the National Medal of Science from former US President Barack Obama in 2012 for transformative contributions in information and system science, mentoring young scholars and translating scientific ideas into entrepreneurial ventures that impacted the industry.

Kailath has been an inspiration for generations of Indian students in communications and information systems. Many of them were privileged to listen to him for the first time, when he spoke at our convocation ceremony in 2011, said S Sadagopan, Director, International Institute of Information Technology (IIIT-B), in Bengaluru.