Apple CEO Tim Cook said that he views India as the most promising market for growth after his company posted better-than-expected third quarter earnings and its shares hit a record high.

Speaking at Apple's third-quarter earnings call on Tuesday, CEO Tim Cook said that he's "very bullish and very optimistic about India." He also added that Apple will continue to increase investments in the country.

Apple shares on Tuesday drove up six percent to a record high after the company posted surprisingly strong third-quarter fiscal earnings of $45.4 billion driven by strong iPhone sales. The Cupertino-headquartered company also said that it hit a milestone of 1.2 billion iPhones sold.

"With revenue up 7 per cent year-over-year, we’re happy to report our third consecutive quarter of accelerating growth and an all-time quarterly record for Services revenue," Cook stated in a release.

Tim Cook expressed enthusiasm about the growth potential of Apple's Indian market as its sales in China slid 14 percent year-on-year. Apple has already started assembling the iPhone SE in India and has also launched an app accelerator centre in the country.

Cook said that Apple was "really happy" with how its Indian operations are going and that they're "bringing all of our energies to bear there."

The tech-giant has now reportedly asked the Indian government to extend tax breaks to its suppliers in a bid to make the country a manufacturing hub for iPhones and its components. However, government officials have said that meeting this proposal requires the drafting of a new policy that would apply fairly to other device makers as well.

With its popularity faltering in China, Apple has sought to leverage PM Narendra Modi's 'Make in India' initiative to establish its second production base in India. While the iPhone only commands around a three percent share of the Indian smartphone market (which is the third-largest in the world behind China and the US), manufacturing the device in the country could lower prices and increase sales. 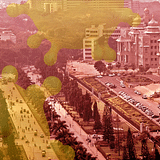