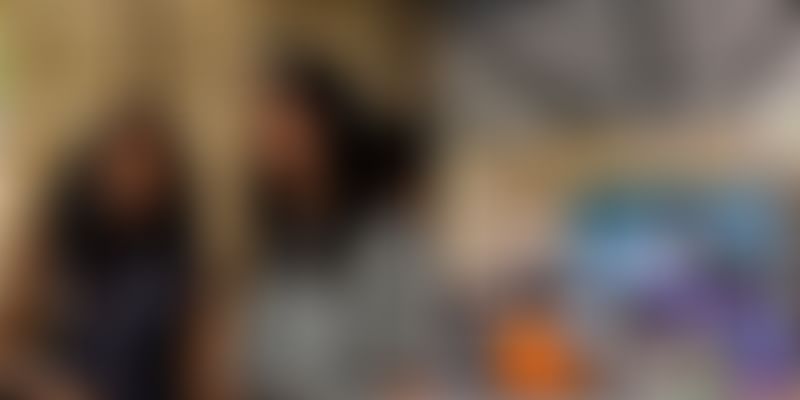 “Our relationship with ModSkool began in December 2015 when we first visited the community. Over the last year and a half, we have built further on this by getting to know the residents and the people running the school. The idea for ModSkool came with the belief that, as architects, we needed to step beyond making drawings and handing them out to contractors. Given the socio-economic and urban reality of the community, we realised that we needed to work directly with the people we were building for, to understand their needs and come up with a collaborative building process that could also involve other like-minded professionals and students,” says Swati Janu, Co-founder of ModSKOOL.

ModSKOOL is the design of a low-cost, modular building for Van Phool School at the Yamuna Khadar community of farmers in Delhi that lives under the constant threat of eviction. It can easily be disassembled as required.

The school was built by volunteers and members of the community in July 2017 with funds raised by project architects Nidhi Sohane and Swati Janu from their friends and families. The community leader for the project was 24-year-old Naresh Pal, who had mobilised his community to help build the school. The school has a metal structure which can be unscrewed easily while the walls are made of reused wood frames with local dried grass mats and split bamboo woven by volunteers and the students themselves! The engineering expertise was provided by Vinod Jain, Director of Vintech Consultants, who was also the largest donor for the project.

An elementary school for around 250 students up to fifth standard, it will keep them protected from the harsh summer, winter, and rains which they were exposed to previously while studying under just a plastic sheet stretched over bamboo.

By building with the community as opposed to building for them, the aim was to empower them by creating a sense of ownership, identity, and pride. The design of the bamboo walls came up in consultation with the community members who work with the material. The walls of the school are temporary and can change over time through different weaving patterns.

Swati is a 33-year-old community architect and artist who has been working to bring design to those who do not have access to it. She is the creative director at mHS CITY LAB and the coordinator of Barsati, a programme based on talks on social change. A graduate of School of Planning and Architecture, Delhi, she also holds an MSc in Sustainable Urban Development from the University of Oxford, UK.

Nidhi is a 25-year-old community architect who believes in design that catalyses social change. Project coordinator at mHS CITY LAB, she is also a graduate of School of Planning and Architecture, Delhi.

There were just three of us when we started and today we are a robust team of more than 50 volunteers and community members to whom the project now belongs.

"Being used to the general approach of building, I was surprised to see how there was no strict hierarchy that was followed. Being the project architects, Swati and Nidhi had a strong hold on the thought of an inclusive approach. Everyone — the architects, the volunteers, and the people of the community — had a say in everything. I distinctly remember how even the most important decisions in critical situations were taken by myself and other volunteers. It was about trust and believing in each other,” says Amarinder Singh Arora, a 24-year-old architect.

The best part of the overall experience, Amarinder shares, was how they learnt new things and came up with solutions on site, be it carpentry or handling machinery. He adds,

The project was also a race against time as the impending rains could very well stall all our work and break the momentum.

By building the school, the team feels that their engagement with the communities at Yamuna Khadar has just begun and they want to build on this relationship. Speaking about their future plans, Swati says, "We have plans to build a community library there next and look at sanitation solutions if we have enough support and can collect sufficient funds. There are informally built parts of the city which many of us may not know about or engage with but this is where our service providers live. For instance, Yamuna Khadar is home to farmers from whom the city gets its vegetables and crops. While we use the service provided by security guards, maids, rickshaw pullers, and so many others, we also need to think of how we can give back and work with them in building a better city."