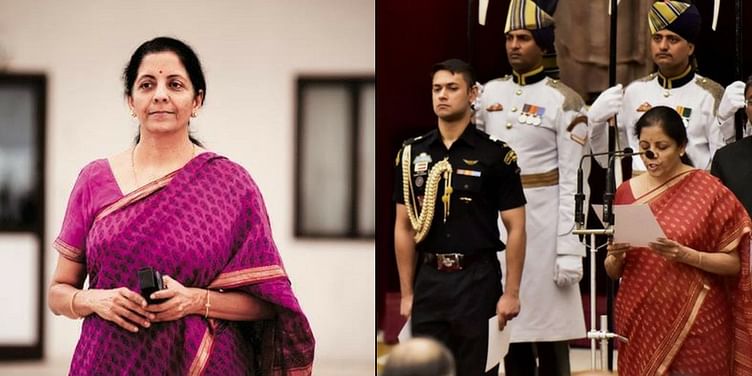 Nirmala Sitharaman became India's second woman defence minister after she was elected to the Cabinet on Sunday. Indira Gandhi had served as the defence minister in 1975 and again in 1980–82. However, Sitharaman is the first woman to hold the position full-time.

After completing her graduation in economics from Seethalakshmi Ramaswami College, Trichy, Sitharaman went to JNU to finish her master's and M.Phil in economics with a special interest in Indo-European trade.

She married Parakala Prabhakar, also a JNU graduate, and the couple settled down in London. There, she worked for PricewaterhouseCoopers, researching Eastern European economies.

Once she returned to India, Sitharaman served as a deputy director of the Centre for Public Policy Studies in Hyderabad. She also started a school in Hyderabad and was a member of the National Commission for Women from 2003–2005.

In 2008, Nirmala joined the BJP and by 2010 became the party's second woman spokesperson after Sushma Swaraj. When the BJP came to power in 2014, she was made the minister of state for commerce. According to IANS, after taking oath as the defence minister, she said,

“Somebody who has come from a small town, grown into the party with all the support of the leadership, and if given such responsibility, it just makes you feel sometimes that cosmic grace is there. Otherwise it is impossible.”

Sitharaman has been made defense minister less than two years before the elections, a crucial juncture where she will have to deal with structural inadequacies and bring in defence reforms.

She said she would look into the matter of giving combat roles to women with an open mind and not as a matter of patronage.

According to DNA, she is not one to shy away from criticism. In her words,

“Every criticism is a message and we have to learn from it. I am not averse to criticism and also not frightened of it (criticism), but certainly take messages from them... Criticism per se does not reflect on performance, it only adds to your performance if you are ready to take onboard the corrections that may be workable.”