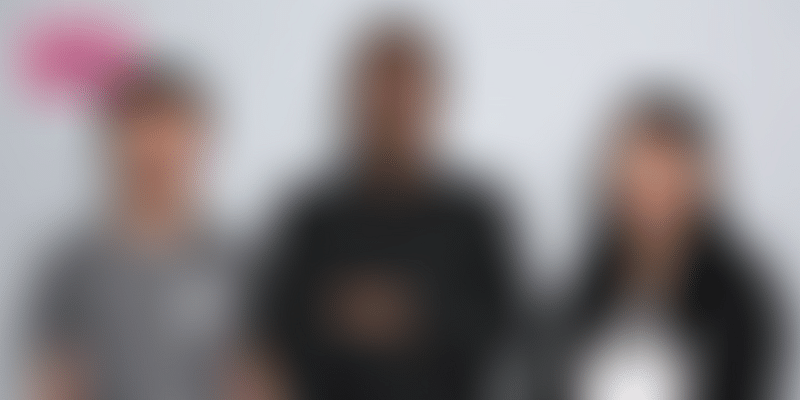 In early 2011, when bitcoin was a two-year-old concept, Benson Samuel and Mohit Kalra were enthralled by the possibilities the cryptocurrency held. Benson (37), who was working with a technology company, came to know about the concept and immediately started studying about it. On further research, he realised that the price at which bitcoin was exchanged in India was easily a 40-50 percent premium in comparison with the international exchanges.

The following year, he met Mohit (26) through a bitcoin forum. Mohit was one of the largest bitcoin miners at that time. The duo felt an instant synergy and decided to resolve issues relating to bitcoins in India. Thus, Coinsecure was born in 2014.

Started with an aim to ‘connect India to bitcoin,’ Coinsecure was set up as an algorithmic trading platform for bitcoin. In other words, it allows people to buy and sell bitcoin in Indian currency and vice -versa.

“We wanted to ensure that we built a secure platform for our users, where there was transparency and fair pricing, providing adequate liquidity to the market,” Benson says.

The exchange allows users to sign up and complete their KYC (Know Your Customer) process. Once their account is verified by the compliance team, it allows users to deposit funds and start trading on the platform.

The company has its head office in Delhi and the research and development division in Bengaluru. It has 35 full-time employees and plans to expand with time. The entire core team at Coinsecure happens to be early adopters of bitcoin, therefore giving them an added advantage in the field.

While setting up the company was easy enough, scaling was a definite challenge, the founders say.

Benson adds, “User load has been extremely high on our platform, causing slowness on our systems and every time we fixed an additional load that our systems could take, we saw 10x of that load on our systems.”

They have now moved into Micro Services Architecture enabling the systems to handle a large amount of load in the near future. But they constantly need upgradation to enable smooth transactions at all times.

What sets Coinsecure apart is that it employs an open-order-books concept, where the users can identify the actual volumes of the transaction being carried out on the platform. It is a peer-to-peer algorithmic trading platform, which means they don’t buy and sell bitcoin from customers directly; they only facilitate trades between various users on the platform.

Coinsecure claims to have over 1.75 lakh users on the platform. The turnover this financial year until August 31 was Rs 385 crore. Over 73,000 bitcoins have been traded on the platform till date, and the founders claim the average trade volume on the platform is about Rs 9 crore a day.

For revenues, they charge a fee from the trades that are completed on the platform, ranging between 0.4 and 0.6 percent on each side of the trade.

Bootstrapped until recently, Coinsecure closed a Series-A of $1 million from Bnk To The Future. Coinsecure was also shortlisted as a Tech30 company at TechSparks 2017, the eighth edition of YourStory’s annual flagship event.

There are many players similar to Coinsecure that have entered the market.

Bengaluru-based Unocoin had recently raised $1.75 million in a pre-Series-A round from Blume Ventures, Mumbai Angels and ah! Ventures, along with other international investors.

There is also Ahmedabad-based ZebPay, which operates a bitcoin wallet app and had secured $1 million (around Rs 6.6 crore) in Series-A funding from Claris Lifesciences CMD Arjun Handa, Jindal Worldwide MD Amit Jindal and other unnamed investors.

Apart from these ventures, there are also BTCXIndia, and Bitxoxo, which recently introduced a prepaid bitcoin gift card.

Coinsecure conducts outreach programmes across India to enable schools, colleges and IT/ ITES departments understand the bitcoin technology and implement the same.

In the future, it aims to release a payment gateway for the users. This will enable users to make INR deposits and withdrawals anytime (rather than the current working hours limit).

Benson says, “It will make our platform truly 24/7 on the INR side as well. We also aim to launch other crypto tokens in addition to bitcoin by Q4 this year. We aim to start with ethereum, and users will be able to buy and sell ether for Indian rupees and vice-versa.”