In conflict zones, girls and young women are caught in the crossfire 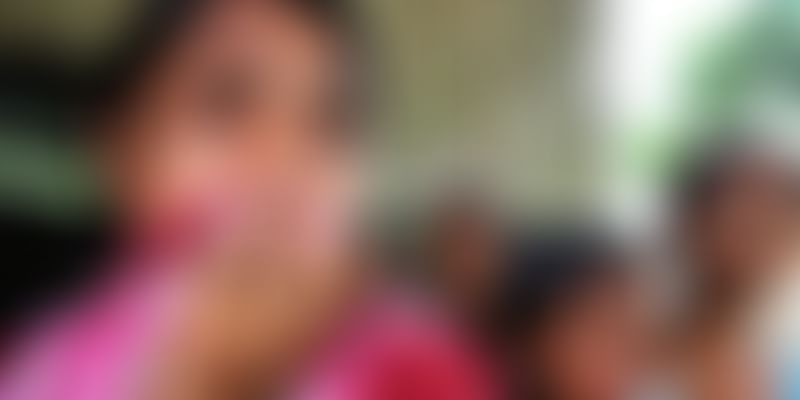 On International Day of the Girl Child, UN sends out a message - EmPOWER girls: before, during and after crises.

Children living in conflict-affected areas are deprived of the most basic of rights – a secure childhood. They grow up amid bombs and shells, with a constant threat to their life. There is high risk these children may be recruited as “child soldiers”, in combat and non-combat roles.

A girl child caught in the crossfire of armed conflict is doubly vulnerable as it is more likely that she may be coerced or abducted to be forced into marriage or sexually assaulted.

The International Day of the Girl Child, an international observance day declared by the United Nations (UN), this year focuses on the theme “EmPOWER Girls: Before, during and after crises”.

Girls often fall through the cracks as efforts to safeguard rights usually focus on women and the youth. But investing in adolescent girls of a region can have an astounding ripple effect and can help forge a better world, the UN believes.

It was in December 2011 that the UN passed a resolution adopting October 11 as the International Day of the Girl Child. For six years since 2012, countries across the world have been urged to help girl children realise their full potential and provide them with a safe and secure childhood.

Conflict and the girl child

It is estimated that as many as 90 per cent of current war casualties are civilians, mostly women and children, compared to a century ago when 90 per cent of those who lost their lives were military personnel.

According to UNICEF, 1 billion children live in conflict-affected areas; 300 million of them are under the age of 5 years. In most of these areas, half of the population, if not more, happens to be girls, as women and girls constitute nearly 50 percent of the world population.

To get a clear picture of the situation, one does not have to look further than the Rohingya refugee crisis. Initial estimates claim that, of the lakhs of people that crossed the border to reach Bangladesh to escape violence, 53 percent are women. Of them, 58 percent are girls under the age of 18 and 10 percent of them are either pregnant or have newborn babies.

According to UNICEF, women and girls in particular experience “conflict and displacement in different ways from men because of the gender division of roles and responsibilities”.

UNICEF lists examples of gender-based inequity during armed conflict to include:

·        Violence against girls and women, including rape and sexual slavery

·        Hunger and exploitation in camps for refugees and internally displaced persons, when men take control of food distribution

A UNESCO report shows that a growing proportion of the world’s out-of-school children and adolescents live in conflict-affected countries.

It is not just international conflicts that are worrisome; internal conflict also takes a huge toll on girls. Although there is no official data on child soldiers in India, the UN has been getting frequent complaints of children either going “missing” or killed for being involved in conflicts.

Children as young as six years old are said to be used by militants in armed conflicts in states like Jharkhand, Maharashtra and West Bengal. A few years back, militants reportedly forced villagers in Gumla district, Jharkhand, to voluntarily hand over five children from their villages to join their ranks.

Rigid gender roles in the patriarchal Indian society demarcate how girls and women are expected to behave. Girls must take care of cooking and care, at the household and the community level. This creates a huge demand for girls in conflict-affected areas.

War or conflict also means life in an area without basic amenities such as toilets. This means girls must walk for kilometres to find a secluded area, making them easy targets of trafficking.

Sanahanbi Khaidem was 15 years old when she went missing from Manipur in 2013. After a few days, her mother received a call from the Revolutionary People’s Front (one of the banned militant groups). She was informed that Sanahanbi was training in their camp in Myanmar. Despite extensive searches, she still hasn’t been found.

Data on the number of births at a particular time period in a region caught in conflict is scarce. Hence, it becomes impossible to arrive at an exact number of “missing girls”, let alone find them.

Even in a non-conflict zone, girls have lower chances at education. In a traditional setup, educating a girl when resources are already scarce is seen as a liability. Lack of education makes girls more vulnerable to becoming victims of child marriage. These young girls, unequipped to deal with a baby physically or emotionally, may soon become child mothers. With no skill set, they remain economically dependent on their husbands. With the husbands either getting killed because of the conflict or running away to escape the situation, these young child mothers are forced into absolute poverty. The vicious cycle is taken forward over time.

India, being party to the resolution, has been taking conscious efforts to train and involve more women to be peacekeepers across the world. Ten years ago, India made history by deploying an all-women police unit in Liberia, which ensured that more women joined the security sector. However, it is also important that we pay special attention to girls caught in internal armed conflicts.