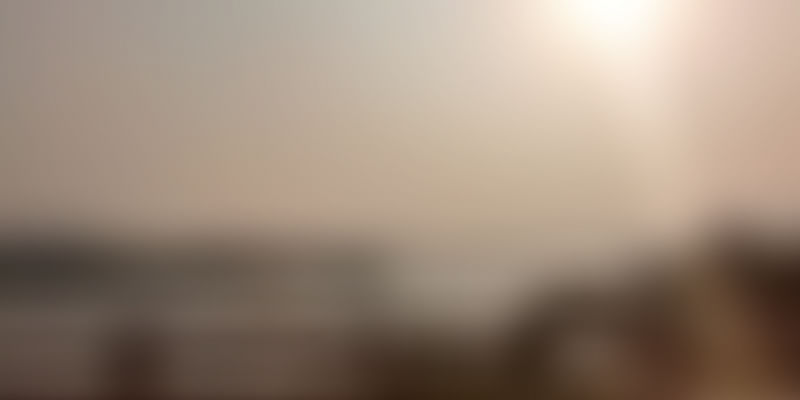 The Ken-Betwa river-linking project, if realised, will wipe out a portion of the Panna Tiger Reserve with its flora and fauna. The government, however, is adamant about its plan.

Set in ‘India ka dil’ Madhya Pradesh is the unending expanse of Panna. A national park, declared tiger reserve in 1994 under Project Tiger — the Government of India’s tiger conservation programme — the place attracts a lot of wildlife buffs. The fragmented forest landscape of Panna supports other wildlife species too, especially deer like sambar, nilgai, and chital apart from the verdant teak and kardhai forests. The deer nibble on the short grass which abounds in the area. This is perhaps the only big chunk of wildlife habitat present in the northern part of Madhya Pradesh.

Awarded India’s best-maintained national park by the Ministry of Tourism in 2007, Panna lost its entire tiger population by 2009, thanks to the forest department that colluded with the poachers. A committee was formed to look into the disappearance of tigers. Tigers were translocated from other reserves and their numbers picked up but one decision by the central government has the potential to change all that.

River interlinking and its fallout

The key structures of the project include a 77-metre-high Daudhan dam across the Ken and a 231.45-km canal to transfer “surplus” water from the Uttar Pradesh section of the Ken to the Betwa in Madhya Pradesh. The project, though mooted in the 1980s, was brought to life in the late 2000s. This was followed by the project being challenged in the Supreme Court, which gave its consent only in 2013.

A task force was set up by the ministry of water resources in 2014 to get a speedy consensus among the states of Uttar Pradesh and Madhya Pradesh on the link project. NWDA claims that the project is important for the country’s water security and that the project reports have taken every possible risk into account and incorporated corrective measures. After a nod from both the states, the detailed project report and other formalities have been completed for the Ken-Betwa link. With the ministry of water resources making a strong pitch for it, the project is set to roll soon.

However, statutory clearances for the Ken-Betwa project by way of environment, wildlife, and forest clearances were hard to get, given the social and environmental concerns. The project poses an array of challenges. Should the Ken-Betwa project be executed, it will spell disaster for the area’s wildlife and cause irreparable loss to the ecology. A total of 4,141 hectares of the tiger reserve are expected to be submerged. This includes 10 percent of the core area, or the vital tiger habitat and with it we will lose the innocuous beauties of this landscape like its broad, steady streams and the wildlife it supports. The tiger habitat, vulture nests, and the gharial — the iconic fish-eating crocodile — all of which are in danger of extinction in the region will be endangered by the height of the dam, experts say.

The National Board on Wildlife (NBWL) has requested a conservation organisation, the Bombay Natural History Society, to help in settling the vultures because 50 percent of their habitat is likely to be destroyed if the project is implemented. A considerable part of the Ken’s catchment area will be lost and with that, we lose the spectacular bounties on display on this broad strip of land. "Why have the people of the tribal-dominated area where the proposed Daudhan dam is being constructed not been consulted?" asks ecological scientist Brij Gopal.

The damage to trees will be colossal, with seven lakh of them expected to be submerged in water. This will lead to an irreversible loss of breeding sites for wild animals and vegetation diversity.

Is this linking necessary?

Some experts believe this interlinking does not serve its proposed purpose because it is likely to cater to areas that have already reached their irrigation potential. Panna-based wildlife biologist Raghu Chundawat was quoted as saying that the “irrigation benefits are specific to only Vidisha district and not to Chhatarpur and Tikamgarh districts as claimed. These regions already have 80 percent irrigation potential.”

India Water Portal had earlier reported how, in an open debate between water policy expert Ramaswamy Iyer, South Asia Network on Dams, Rivers, and People (SANDRP) coordinator Himanshu Thakkar, and Brij Gopal, apprehensions were raised about the project. Iyer expressed his distress at the move to expedite the project and stressed that the “project was fundamentally flawed and potentially disastrous.”

Based on his extensive work on the Ken-Betwa river ecosystem, Gopal questioned the hydrologic viability of the gargantuan scheme. Challenging the very concept of surplus and deficit rivers, he asked, "Does the Ken have surplus water to transfer to the Betwa?” He also wondered how the detailed project report and the environment impact assessment (EIA) have put forth different per capita basin water requirements for two basins that have similar characteristics.” The project’s public hearing drew flak because of the numerous violations.

Water resources minister Uma Bharti cited the increasing cases of droughts to push for the project. “Farmers in Bundelkhand are clamouring for the project and want water. We will take care of the wildlife but livelihoods can’t be held hostage,” she was reported to have said. Earlier, she had threatened to go on an agitation against the hurdles to the wildlife clearances by the NBWL. She went to the extent of threatening regulators, media, and civil society by saying that “anyone opposing the project is committing a national crime”.

The project gets a go-ahead

Though the Rs 9,000-crore project had received ‘in-principle’ clearance, the funds were to be cleared by the union cabinet after the multi-pronged environmental clearance by the Ministry of Environment, Forests, and Climate Change was in order. And for this, a go-ahead from the NBWL’s standing committee was vital.

The project was approved with a few riders. The dam reservoir area is to be retained as a core tiger reserve with minimum activities. No fishing will be allowed at the dam site and no new mining leases will be allowed on tiger-dispersal routes. A landscape-based plan for the area will be finalised. The National Tiger Conservation Authority, a body meant to protect tiger-bearing areas, has recommended that areas near Panna that bear tiger population be classified as tiger reserve to compensate for the loss.

Wildlife activists, however, are not satisfied. SANDRP claims that the project’s EIA was unscientific and inadequate on several grounds, the main being the absence of a section on biodiversity impact assessment.

The ministry disagrees. It was reported as saying, “The project will in fact make green the denuded forests of the Panna reserve and create fresh water reservoirs and attract herbivores which would serve as prey for tigers. Moreover, only one tiger and her cubs roam the region of the reserve that will be inundated and it will not face obstacles in its territory.”

The union water resources ministry has told the NBWL about the various measures in place to ensure that the tiger habitat is not damaged.

The essence of a river is its ebb and flow. Taming free-flowing rivers by building massive dams poses a threat to the rivers, the ecology, and the communities that live by them. Turnarounds now are unlikely and there does not seem to be much hope for Panna.