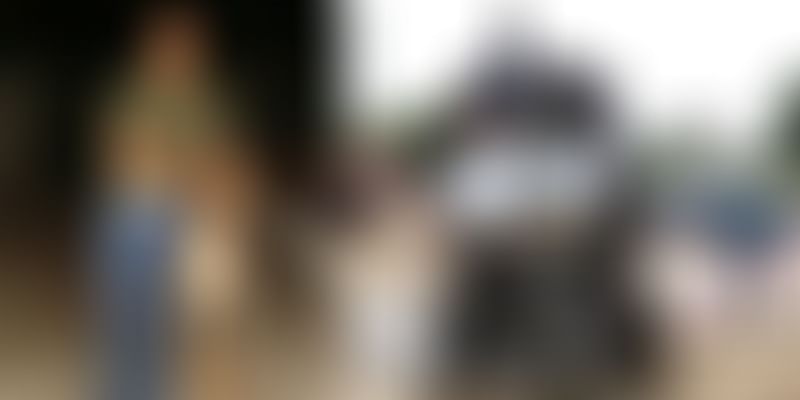 Farewells are tough, more so if the one departingis your beloved pet. While the thought of losing pets is always going to be heartbreaking, what if you could give them a farewell at least somewhat worthy of the way they have enriched your life?

Nipun Biyani, who heads mLoyal Pet Management, clearly thought this way, giving India its first mobile crematorium for pets last month. Based in Jaipur, the firm caters to all aspects of keeping a pet — adoption, cremation, and everything in between.

According to market research, there is a large scope for pet care in India, which is deemed as an emerging market in the industry.

Thirty-eight-year-old Nipun, a former IT professional, used to own a chain of veterinary clinics in the Pink City. Over months of interaction with several pet parents in Jaipur and other cities, he realised that the most common problem they faced was the lack of an efficient record management system. To find a solution, Nipun launched a mobile application, mLoyal, last year.

“Being from an IT background, I thought of providing a solution that was handy, convenient, and reliable. I started thinking on the lines of an app for this purpose. One thing led to another and the features of the app kept increasing as we found many gaps in this industry versus the human health industry (especially baby care). We registered our company in mid-2015 and launched our app for iOS and Android in August 2016,” he says.

Ever since its launch in September 2017, eight pet funerals have been conducted at the crematorium. House pets such as dogs, cats, hamsters, and small birds as well as small stray animals, which weigh up to 50 kg, can be incinerated here. Cremation charges are anywhere between Rs 3,100 and Rs 7,100, depending on the weight of the animal.

According to the Ministry of Environments and Forests, deep burial of dead animals is only permitted in rural areas, where the size of the human population does not exceed five lakh.

Some pet parents would want their beloved pets to be cremated close to where they live. However, dealing with neighbours who make a fuss about an animal being buried near their house poses a challenge. Nipun says, “We clearly mention to our clients who call us to their place to get their pets cremated that the onus of dealing with objecting neighbours shall be on them. We can stand by them and try to convince, but if they insist and the pet owner fails to convince them, then we pack up and leave. We alternatively have a fixed location where people can get their pets and have them cremated.”

Recalling an incident, he further adds, “A local resident, Siddharth Saboo, had a lovely three-month-old Labrador baby who collapsed one evening after a few weeks of pneumonia-like symptoms. He called us at 5 pm with the little dog's dead body in the boot of his car. He was prepared to bury her in some empty, secluded place. We immediately got the crematorium to his place and in 30 minutes the body was reduced to ashes and the pet parents got memorabilia for life — her paw impression on plaster of Paris — and ashes in an urn.”

The company, which refers to itself as a ‘360-degree pet service provider and aggregator’, caters to all aspects of keeping a pet. The firm helps pet lovers adopt animals. One of features of the app is called a community connect, where users post their content or ads for adoption of small animals. Pet lovers can view the ads and respond to them by posting comments or directly contacting the person who posted the advert.

The app also provides tips for new parents, pet insurance, sells home-made food and other goodies. It also includes a health and grooming tracker for pets.

mLoyal Pet Management, which has about 3,500 users from across the country, is operated through the financial resources of the founders and four other members of the team. According to Nipun, (the CEO), the directors and shareholders have contributed in cash and kind to keep the company afloat. Additionally, the company has raised a loan from the Bank of India and is currently seeking funding from angel investors.

At present, the app is the only one of its kind in the country. While there are various other apps such as Unleash, they focus on very specific aspects of keeping pets, whereas mLoyal tries to incorporate everything pet parents require.

In India, not wanting to restrict themselves to Jaipur, the team led by Nipun plans to scale the company into a pan-India firm.

“While dogs are a global icon for unconditional love, we want to make mLoyal an icon for effective and efficient pet management. In the next five years, we aim at having this crematorium service available in at least nine cities of India (six metros and three tier-2 cities) and over 50,000 users of our app,” Nipun adds.

Apart from organic growth, the company also plans to grow through franchising and building partnerships to increase its userbase.