What does it take to quit a 14-yr-old corporate life and do what you love: story of Ujval Nanavati 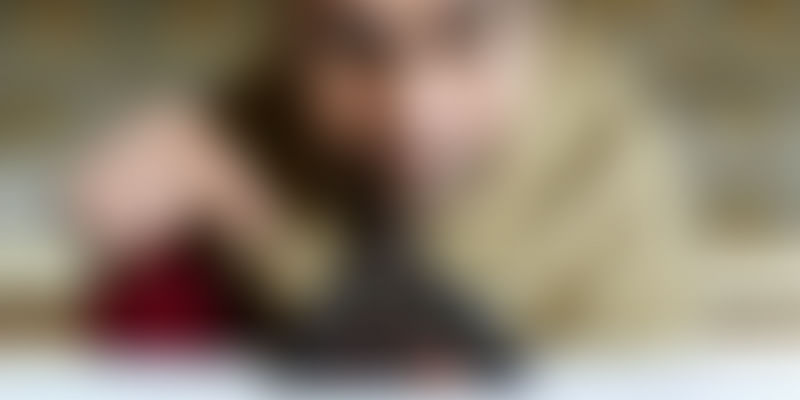 This is the story of Ujval Nanavati who decided that there is more to life than a corporate job, and hung up his boots to pursue his passion.

What do you do when your interests go far beyond your academic qualifications and work experience? You figure out your passion and quit your corporate job to pursue that.

There’s sense of admiration (and a little bit of envy) with which we look at people who quit their corporate jobs to pursue something they have been wanting to do for a really long time. They get to be their own bosses and go through a unique journey. Through this column, we bring yet another unadulterated story of one such person who has shared his experiences and his transition.

Ujval Nanavati started his career as a CA for India Infoline, a few-months-old startup then. Over the years, he worked in corporate finance at KPMG, Investcorp, Tata Steel, and Jubilant Pharmaceuticals. He also finished CFA and MBA from ISB in the process. And finally, after spending almost 14 years in different corporate roles, he decided to do what he loved — write, read, and play with his dog. But the seeds of this life were sown years ago. Here’s an account of Ujval’s second innings.

Related read - Meet Krishnan Narayanan, the techie who moved to mountains to code

When Ujval joined Infoline in 2000, it was the time just after the dot com bubble burst — the unwavering enthusiasm in this company even in those difficult circumstances inspired him. His work at India Infoline involved writing content to increase people's interest in investing — articles that covered financial markets, general investing, and mutual funds. That’s when his interest in writing began.

After a year, he moved on to ICICI where he did a similar kind of work. However, after working at a startup like India Infoline, the bureaucratic setup of ICICI was quite a culture shock for Ujval, and he soon left the organisation.

Building the base in Middle-East and Corporate Finance

In 2001, Ujval shifted to the Middle East because of the bad market situation in India, his need to ramp up the savings, and a desire to enroll for the CFA programme while he worked full-time. He joined the KPMG financial advisory team and worked in various departments wherein he helped in raising debt equity, building business plan, and privatisation for the government. He lived there for almost four years and even completed the CFA programme in that time.

At the end for 2005, Ujval quit KPMG to join the corporate finance team of a private equity (PE) firm called Investcorp in Bahrain. There he got to know the aspects of private equity industry such as the performance of various funds and the benchmarking of competitors. Around 2007, he was itching to come back to India and learn something different. For this, he joined ISB Hyderabad in April 2008.

Learning continues (and so does corporate finance)

When Ujval moved to ISB, he wanted to re-establish his roots in India, create fresh network, and pick up new skills. Unfortunately, it turned out to be a deja-vu situation — Ujval had finished his CA during the dot come bubble burst, he was now finishing his MBA during perhaps the worst job market scenario. The financial crisis of 2008 ruined job prospects, especially for experienced ones like Ujval.

With eight years of experience in the financial sector, Ujval was keen to move away and get into the manufacturing sector (in a corporate role). His aim was to build on his learning at the ISB towards a greater knowledge and understanding of manufacturing. He joined Tata Steel in Mumbai. The company had just completed the Corus takeover and there was a lot of work to be done by the corporate finance team in terms of managing fund, raising new funds and equity, and closing old facilities. Ujval was there for almost three years with the corporate finance and capital markets teams. After that, he got a chance to start their enterprise risk management team. This helped him understand sales and marketing operations better. By the time he left, it was a six-member team and had won the CNBC Enterprise Risk Management Award for their work.

In mid-2014, Ujval joined Jubilant Pharmaceuticals to head their financial planning and analysis for the Pharma business. This decision was a part of his desire to improve his knowledge across industries post ISB. He says, "My curiosity driven by my experience in investing and the desire to move from an asset-driven industry (steel) to knowledge-driven industry were the primary reasons for this switch."

In the year that he spent at Jubilant, he felt culturally misaligned. The final nail in the coffin was him being asked to shift to the US. Ujval refused to do this and decided to go ahead with that he had wanted to do for the last few years — branch out on his own. By then, he had good 14 years of experience across finance functions. He says,

It was the combination of frustration and age catching up. I thought if I really wanted to do something of my own, how much longer could I afford to wait? It was hitting the sweet spot where I had enough experience and pedigree for soliciting work on my own. And yet I wasn’t too old to not have the energy, enthusiasm or the motivation to take this risk.

At 40, Ujval’s present journey of writing, investing and consulting as a freelancer began.

Also read - From Jodhpur to Bengaluru via Mumbai, it has been a long ride for Ola’s Ankit Bhati

Ujval recalls, “I had quit without a plan. I had no pipeline of any work. I had a broad idea of what I would do in the field of writing. I was lucky that a couple of very remunerative opportunities came up soon after I quit. I came via my network.”

Ujval considers his new work to be radically different than what he used to do before. Though it was still linked to his expertise, he was consulting and writing for a limited period of time, and focusing more on learning about investments, on research and reading, and on stock market.

In the beginning, Ujval started with content related work which was entirely different from his past experiences. He was designing campaigns, social media marketing, faculty and student interviews for universities and MBA colleges. He realised that his work for campaigns was good for both users and clients. He kept building on that. Marketing was something Ujval couldn't do in his 14 years of work but always wanted to try.

Ujval took up a couple of ghost writing assignments for some well-known industry professionals who put out routinely thought leadership articles in the space of investing (stock marketing investing, PE investing, VC investing). He has also written for startups, for their blogs.

Over the last three years, Ujval has also conducted some professional training sessions (learning and development) for students of ISB and other colleges. He’s not keen to do more of this in future though.

Ujval now gets time for things he always wanted to do but never had the time for earlier. He says, “I’ve ramped up my fitness level and I train for one and a half hour a day.”

He took up martial arts for the first time at the age of 40. He always wanted to bring up a dog, so he got a German shepherd, named her June, and now she takes up a lot of his time — he takes care of her training, work out, and upkeep. He doesn’t mind going for treks within an hour's radius of his residence regularly. He adds,

I get to read as much as I want to. A large chunk of my time is devoted in reading what's up in the markets and keeping a tab on my portfolio. A third of my working day is taken up by writing and advisory/consulting work.

Ujvals says, “If you've enough saved up over the years, then it gives you the wings.”

According to him, there are just three things that need to be taken care of:

1. Frugality - This should start early in your life and you must be disciplined about your finances.

2. Education - You need to have a good education. It serves as a fallback if things don't work out. It opens up many doors and people take you more seriously.

3. Debt free - If you aren’t in debt, you'll feel a little more empowered. It's common in India to have this pressure in mid to late 20s to own a house. People start getting into long-term loans. On the top of it, if you decide go for higher education, it further adds up. It keeps you from taking up so many opportunities. I never bothered to get into property or loans.

Ujval believes that if you've aptitude, confidence and a willingness to learn, doors will likely open up for you.

You may also like - Meet Arun Ganesh, the 29-year-old map man of India

When Ujval branched out in January 2015, he got the first assignment from his network. So, in that sense, there was tangible support from his professional network. There was admiration too from some of his friends as this was something many want to do but only a few end up doing. He adds, “I was lucky because the one person who matters the most, my wife, was very supportive of this. She was anyway planning to get back to a full-time employment (irrespective of my decision to quit). I was there at home for kids so it worked well.”

Ujval received a fair degree of support from his parents as well. However, in his extended family, there was some skepticism because after three post graduations and 14 years of career, they didn't see this coming. Ujval says, “It was primarily due to their concern for my financial future. It required fair amount of persuasion in some segments of the family.”

The unexpected part of journey

Ujval places the unexpected elements of his journey of the last three years in two buckets — pleasant and unpleasant. The pleasant part was the pipeline of work which kept on filling every time he felt uncertainty. Regarding the unexpected part, he talks about getting exposed to things one is not in control of. He explains,

Almost all the clients (other than training and advisory work), are the clients whom I've never met. I've absolutely no control/influence on how they make decisions. So quite often, the pipeline just runs dry. It may be because of the financial constraint of a startup or change of strategy, but often I didn’t get an explanation. As just another freelancer, you're expendable. It was something initially difficult to get used to.

Ujval is now planning to write a book on finance and investing. He made his peace with his passion lying in investing. That's something he loves and something wherein lie a lot of opportunities today.

So, what’s your plan for your second innings. Do let us know in the comments below.

You can connect with Ujval on LinkedIn.