Swachh Bharat: 5 citizen-driven initiatives that have brought India a step closer to cleanliness 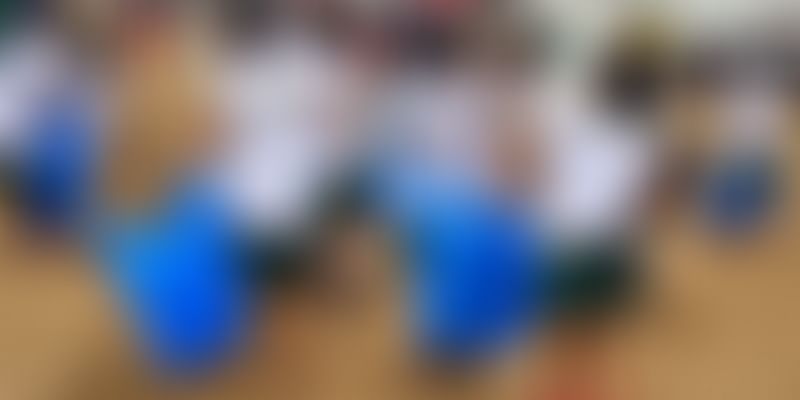 From brides in remote villages demanding toilets from grooms’ families to large-scale cleanups of garbage dumps and river banks, the past years have witnessed several instances where citizens took charge of making India clean and green.

According to the Swachhta Status Report published in 2015, over half of India’s rural population still defecates in the open. Open defecation is a serious health and sanitation problem leading to many diseases including diarrhoea and pneumonia, resulting in the deaths of millions of children.

With the mission to rid India of this menace, Prime Minister Narendra Modi launched the Swachh Bharat Abhiyan in 2014. The mission, through the construction of toilets and increased sanitation awareness, aims to eliminate open defecation in India by October 2, 2019 — Mahatma Gandhi’s 150th birth anniversary.

Despite increased government focus and dialogue around the issue, the problem of open defecation is far from solved. Over 50 percent of the toilets built remain unused and nearly 60 percent lack water supply, revealing issues surrounding drainage, infrastructure, and public interest.

As India’s tryst with becoming open defecation free continues, over the past few years, we have come across several instances where citizen-driven initiatives brought about larger changes in sanitation and hygiene in their respective regions. From brides in remote villages demanding toilets to large-scale cleanups of garbage dumps and river banks, there is reason to believe there is still hope.

We are sharing below a list of five such citizen-led initiatives which led to large-scale changes and took India a step towards becoming more ‘swachh.’

Over five million kilograms of trash was removed from Mumbai’s Versova Beach over a period of 85 weeks, resulting in a public cleanliness drive that made every Mumbaikar proud. Started by Afroz Shah, a 33-year-old lawyer at the Bombay High Court, and accompanied by over 150 volunteers, the beach underwent a major makeover. Thanks to the collective effort of citizens, the north-west Mumbai beach was transformed into one of the cleanest in the city.

However, a recent report says that the beach has become dirty again as the garbage dumped into the nine creeks in the nearby suburbs is washing ashore. Over 70 percent of the garbage comes from the trash dumped at Malad Creek and another 20 percent is generated by the 1,000 storm water drains which open into the sea along the 2.5 km Versova coastline.

In February this year, Union Sanitation Secretary Parameswaran Iyer entered a public toilet pit and cleaned it himself during a visit to a village. The senior IAS officer was testing the twin-pit technology, which converts human excreta into manure over a period of time, at Gangadevipalli village in Telangana’s Warangal district. In a society plagued by manual scavenging driven by caste-based roles, Parameswaran’s gesture was laudable indeed.

Across 22 panchayats of Makhdumpur situated in Bihar’s Jehanabad district, nearly 14,000 women have become the harbingers of social change. Organised into 1,000 self-help groups (SHGs) operating in different villages of the region, these women have taken charge of cleaning the area up and convincing people to build toilets and end open defecation. These SHGs function under the Jeevika programme, which was started by the state government in 2006 with assistance from the World Bank. Under the Jeevika scheme, over five lakh SHGs have been set up across the state of Bihar, with women organising themselves into smaller groups and addressing localised problems through collective action.

The dabbawalas of Mumbai are known for their efficiency and diligence. In August 2015, the celebrated 127-year-old community of lunchbox suppliers undertook a seven-day drive to deliver soaps and handwash to around one lakh people in Mumbai, promoting hygienic practices among the residents of the city. “In a fast-paced city like Mumbai, people barely have the time to stay fit and eat healthy. The least they can do is ensure basic hygiene by washing their hands periodically. This will go a long way in ensuring that they steer clear of diseases,” Raghunath Medge, President of Mumbai Dabbawala Association, had told PTI.

Haryana’s ‘No Toilet, No Bride’ campaign began as a citizen initiative and gained popularity on social media. In a state with a sex ratio skewed against women, girls and their families asserting their rights to sanitation and proper hygiene hold special meaning.The success of the campaign can be gauged by the fact that private sanitation coverage in Haryana increased by 21 percent, specifically among households where men were active in the marriage market.

With government efforts and conversation in the right direction, there is certainly a greater dialogue around health, hygiene, and sanitation than ever before. The above list of citizen-led initiatives is by no means exhaustive. There is public vigilantism and activism unfolding at each level — within households, communities, and regions — demanding an end to the public health hazard of open defecation and poor waste management. However, as Versova Beach becoming filthy again has demonstrated, there is a lot more that remains to be done.